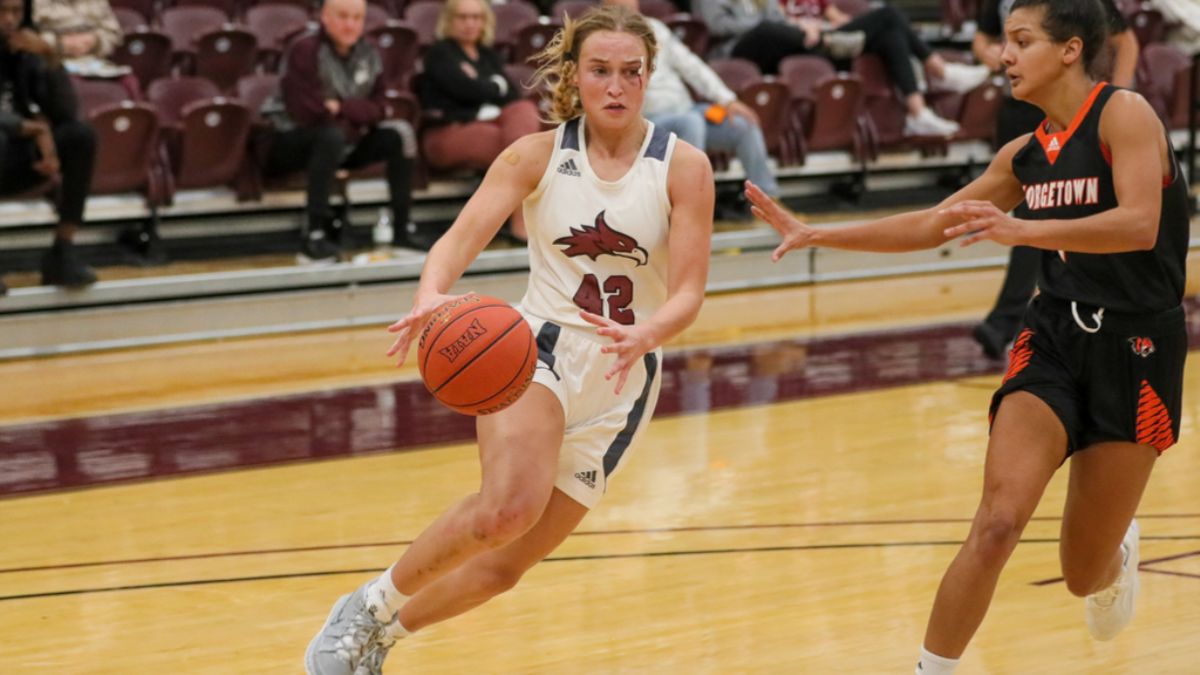 Cumberland (4-4, 1-2 MSC) was outshot by the Tigers after shooting 20-64 (31.3%) despite both teams shooting 20% from behind the arc. The Phoenix did a really good job taking care of the ball in tonight's matchup posting a season low in turnovers with just eight. The Phoenix only made it to the line just 13 times converting 10 for their second-lowest trips to the line.

Lindsey Freeman provided a spark tonight as Cumberland's leading performer. Freeman posted six points with season highs in both rebounding and blocks with seven and two.

Georgetown College (6-1, 2-1 MSC) took a six point lead in the first quarter and never looked back. The Tigers shot 41% from the field despite shooting 20% from downtown. The Tigers converted 11-of-15 free throws.

The Tigers had a dominant performance from their senior forward Madison Darnell. Darnell recorded a double-double with 22 points and 17 rebounds.

The Phoenix got off to a hot start early in the second after Abby Morgan drained a three-pointer and Breon Oldham made a layup to quickly cut the tigers lead down to 18-17. Tyra Johnson caught fire halfway through the second quarter scoring seven straight for the Phoenix helping them cut back into Georgetown's lead to make it a 29-24 game. Georgetown would go on to take a 33-26 lead into the half.

Cumberland trailed by seven at the half despite having a higher field goal percentage and three point percentage than the Tigers. Georgetown tallied five free throws compared to none for the Phoenix. Cumberland was out rebounded 25-19 in the half with Georgetown putting up an impressive nine offensive rebounds.

Keara Sexton drained a big three for the Phoenix following a Georgetown turnover to cut the lead down to eight to start the fourth. Devon Burns made two free throws with 2:43 remaining to cut the lead back down to nine making it a 58-49 game. Freeman helped dig even further into the Georgetown lead after hitting two free throws of her own with 1:29 left in the quarter to make it a 58-51 game.  Cumberland's last seven points of the game all came off of free throws, but Georgetown held on to win in Lebanon, 64-53.

Cumberland will be back in action at home Thursday, December 2nd to take on No. 4 Thomas More University. Tip-off is set for 6:00 p.m.