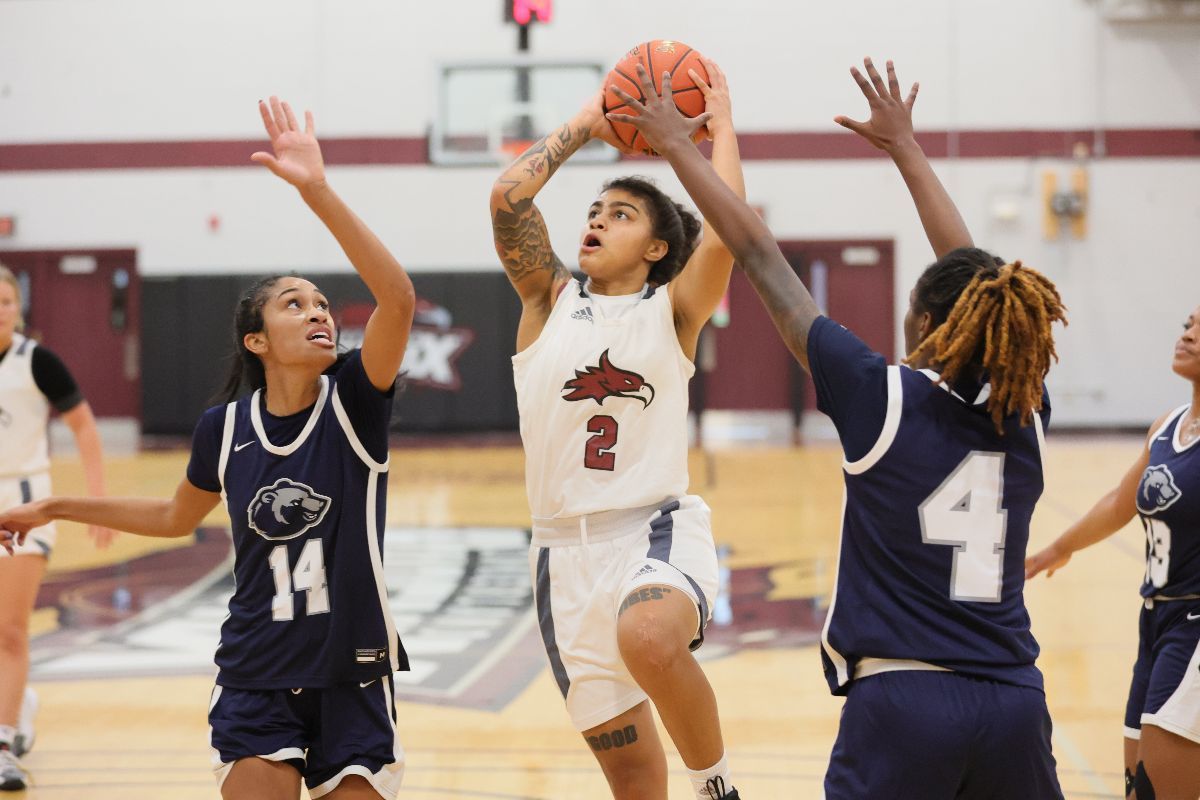 Johnson came out of the gates on fire burying a jumper and a three from the wing to give Cumberland a 5-2 lead after the first minute of play. Shawnee State hit a layup and made two free throws to get a lead before Swafford made a wide open layup.

Sexton drained a triple in the corner and SSU knotted it up at 10 when both offenses stalled after the media timeout as Cumberland held a 12-10 lead after the first quarter.

The two teams battled back and forth to start the second quarter. Cumberland trailed Shawnee State 25-22 with 54 seconds to play in the first half and Johnson came up with a big three from the corner to tie the game up at 25-25.

Neither team shot particularly well in the first half with CU shooting 31% from the field and Shawnee State shooting 23.5% overall.

The Bears started out the third hot with a 9-0 run to claim a 34-27 lead over the Phoenix. CU came back strong and tied the game up at 32-all on a big shot from Swafford with 5:26 to play in the third.

The two teams traded points until the last three minutes of the third. Cumberland went on a 5-0 run capped off by a nice move inside from Keara Sexton to give the Phoenix a 48-43 lead at the end of the quarter.

Shawnee State had an answer for the Phoenix to start the fourth as they pulled out a nine point run of their own to lead 52-48 with 6:48 to play in the game. With just over six minutes remaining in regulation, The Bears led the Phoenix 54-48.

Cumberland played hard throughout the rest of regulation and battled back to trail 66-63 with 19 seconds remaining. The Phoenix were not able to pull off the late comeback and fell 70-65 to the Bears.

Neither team shot the ball well on the day as both teams ended the game going 36 percent from the field. The biggest difference in the game was the 19 turnovers committed by CU compared to the 12 of Shawnee State. Shawnee State also went 18-22 from the free throw line while Cumberland only had 14 attempts.

Leading the way individually for CU was Johnson with 21 points going 8-17 from the field and 3-9 from three point range. Alaina Rongos led the team in rebounds with eight to go along with 12 points.. The other Phoenix in double figures was Keara Sexton with 13 points in the game.

CU hits the road for a game against Pensacola Christian on Tuesday, Dec. 7 at 5:30 p.m.