December 11, 2021 at 3:00 PM
Dallas Floyd Arena
Attendance: 0
Recap Boxscore
No. 1 Campbellsville pulls away in the fourth 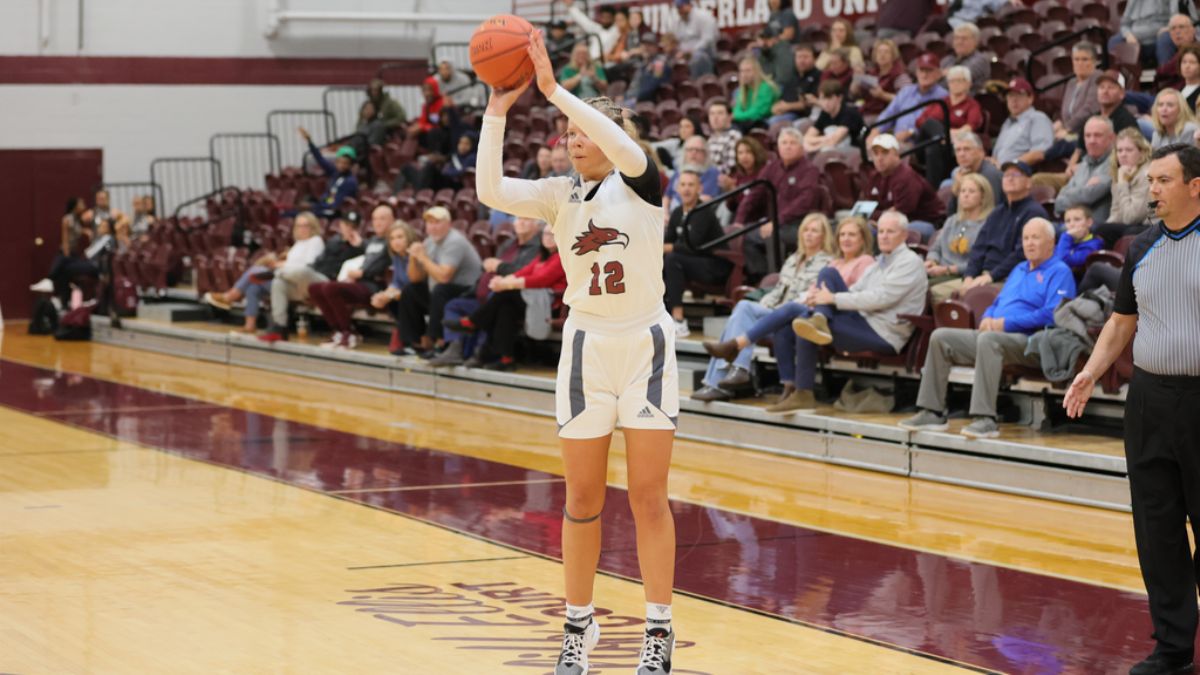 LEBANON, Tenn.-- Cumberland gave No. 1 Campbellsville all they could handle for three quarters before the Tigers pulled away in the fourth quarter to defeat CU 73-60 at the Dallas Floyd Phoenix Arena.

Cumberland (5-7, 1-5 MSC) held that lead at the half with strong play from Sophomore transfer Alaina Rongos and career-game from fresdhman post Misia McKinney.

Sarah Sutton drained a three for Campbellsville to go up 23-16 to start  the second quarter, but Cumberland went on a quick 8-0 run to retake the lead at 24-23 as Rongos made a jumper and then Tyra Johnson and Rongos buried back-to-back triples. The lead was shortlived as Kaitlin Wilkes converted an and-one to go up by two, but Cumberland answered and both teams traded turns at the lead until 30-30.

To close the half, Breon Oldham hit one-of-two free throws before Courtney Prichett made a jumper from the elbow for the Tigers and Jana Claire Swafford answered with a two to give the Phoenix a 33-32 lead at the break.

The third quarter was much of the same as Campbellsville came out and tied it with a make and a miss from the stripe by Ashley McGeorge followed by a layup from Lexy Lake to go up by two. From that point on in third, Campbellsville would go up by two and then the Phoenix would answer to tie until 41-41.

Trailing 44-43, Keara Secton made a three and the Phoenix got a stop defensively allowing Johnson to nail a deep two to lead 48-44. Campbellsville closed the third and started to shift the momentum with a three from Sutton and then a converted and one just before the horn to lead 50-48.

The Tigers defense stepped up in the fourth to go along with some miscues by Cumberland. McKinney made a jumper to cut it to 52-50, but it was all Tiger after that as they went on an 18-4 run until the 1:55 mark to cruise to a 73-60 win in the fourth.

Rongos led all scorers with 17 points on 7-of-11 shooting with three triples. McKinney netted a career-high 12 points in 17 minutes of action off the bench.

Lauren Lee scored 15 points off the bench for Campbellsville and Ashley McGeorge and Courtney Prichett each added 13.

Cumberland will be on the road next Wednesday at the University of Montavallo. Tip-off is slated for 5:30 p.m.