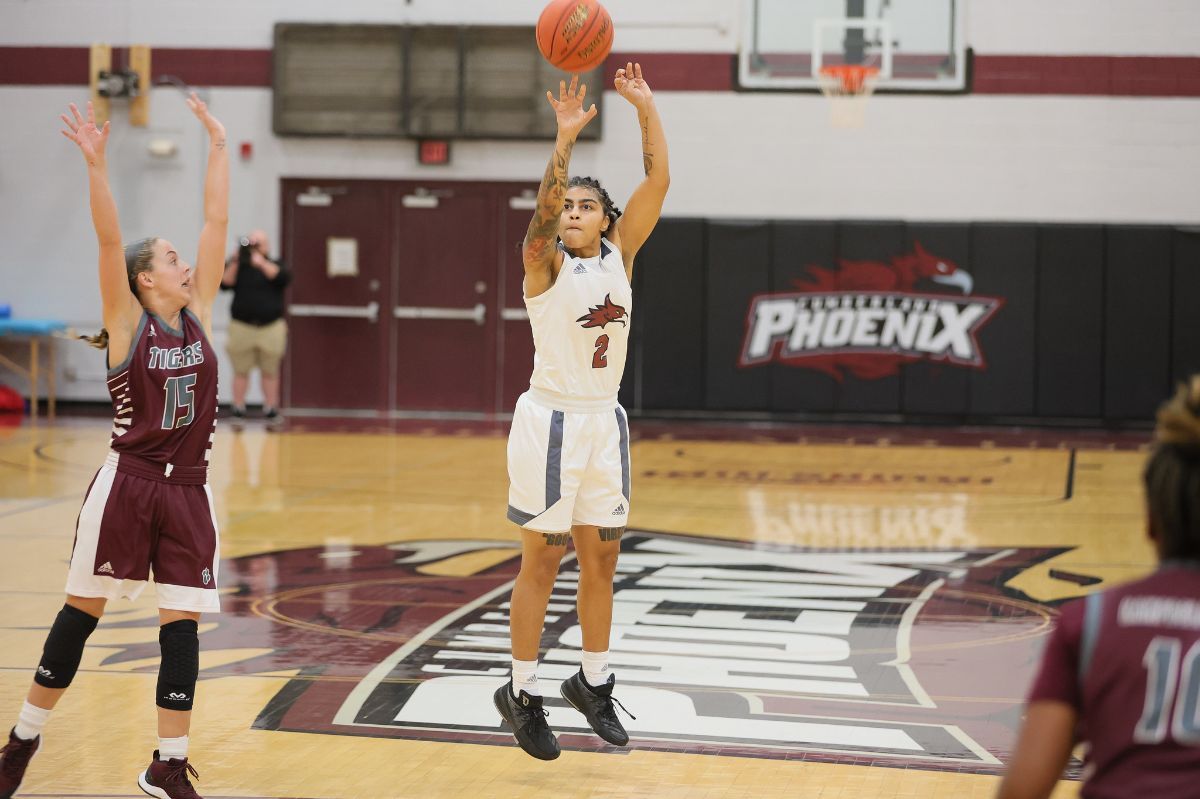 MONTEVALLO, Ala.--Cumberland women's basketball falls to Montevallo 92-64 on the road in the final game before the Holiday break fo the Phoenix.

The Phoenix battled back to trailing by one after twos from Freeman, Johnson, and Tierra Davis to make it 11-10 and Johnson buried a three from the wing to tie it, but that was the last time the game was tied with five minutes left in the first.

The Falcons went on a defensive tear after that holding Cumberland to four points the rest of the quarter using a full-court press and trap to force CU into several turnovers that translated to points. Montevallo closed the quarter on a 12-4 swing to lead 25-17.

Montevallo started the second quarter quickly making two jumpers, Johnson responded with a three, but two more baskets pushed the lead out to 33-20. After Johnson nailed her third three-pointer of the game, the Falcons went on another big 11-2 run to push the lead to 44-26.

Montevallo scored 12 more points in the final four minutes of the second for 31 points in the quarter to take a 56-34 lead into half.

Johnson scored the first basket of the second half, but again Montevallo answered with a 7-0 run to lead 63-36. Montevallo would outscore Cumberland 13-12 the remaining eight minutes of the quarter to go to the fourth with a 76-48 lead.

The Falcons would coast to the finish in the fourth and win 92-64.

Montevallo went 35-of-78 (44.9%) from the field and 8-of-28 (28.6%) from three in the game. The Falcons forced Cumberland into 21 turnovers with a full-court trap that turned into 18 points for the Falcons. Montevallo hauled in 55 rebounds and 18 offensive boards that counted for 23 second-chance points.

Cumberland jacked up 21 three-pointers in the first half hitting just three of them. CU finished the game shooting 31.9% from the field and 20.7% from three. Cumberland made 14-of-18 free throws.

Tyra Johnson was the lone Phoenix in double-figures with 18. She went 7-of-20 from the field with three triples.

12 different Falcons scored in the game led by Jordan Jones with 17 on 7-of-10 shooting. Shyan Flack and Jennifer Andrew each added 11 points.

Cumberland will be off the next two weeks for the holiday break, but will return to action with their final non-conference game of the season on December 29 against Huntington University at home.