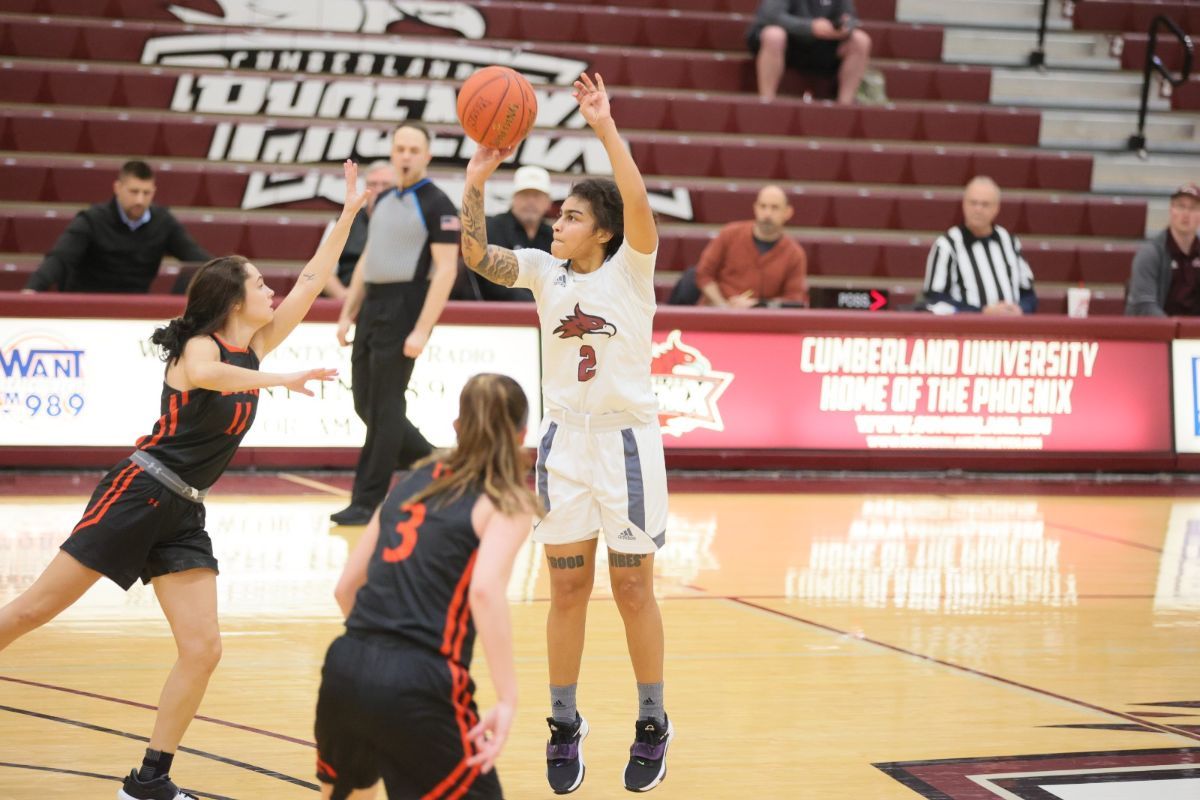 Tyra Johnson dropped her second 30-point performance of the season in the win over the Bears (Credit: Steve Wampler)
Pikeville at Cumberland | January 13, 2022

LEBANON, Tenn.-- The duo of Tyra Johnson and Lindsey Freeman led the Cumberland Phoenix ( 7-8, 2-5 MSC) past the Pikeville Bears (9-7, 3-6 MSC) 75-72 in an exciting Mid-South matchup. Johnson dropped 30 points in the game, her second 30 point game of the season, while Freeman scored 19 points and grabbed 11 rebounds.

Cumberland came out the gates on fire in the first quarter shooting 53% from the field and 60% from behind the arc. Johnson and Freeman produced most of the Phoenix points in the first, with 15 of CU's 22 points. Cumberland went on a 9-4 run to finish the quarter with a 22-12 lead.

The Phoenix kept their foot on the gas pedal into the second quarter as they lept out to a 42-23 lead with 2:32 to play in the half. Pikeville's offense came alive to rattle off 13 straight points in the last two minutes of the half to trail 42-36 at the break. CU went into the half with a 46.9 field goal percentage and 38.5% mark from three-point range.

At the break, Tyra Johnson and Lindsey Freeman led the Phoenix with 15 and 11 points respectively. Freeman also went into the half with nine rebounds.

Freeman added another jumper at the end of the third quarter to give Cumberland a commanding 63-49 lead. The Bears clawed their way back into the game at the halfway point of the fourth as they cut the Phoenix lead to 67-59.

A series of turnovers by the Phoenix allowed the Bears to make it a one-possession game. With 2:15 left in the game, the Phoenix clung to a 71-69 advantage. Johnson hit a clutch jumper to give Cumberland a 73-70 lead. Cumberland held on and won the game 75-72 over Pikeville.

Overall the Phoenix shot 42.9% from the field and 30% from three-point land compared to 44% and 22.2% marks from the Bears. The rebound totals were relatively even as Pikeville outrebounded Cumberland 36-35.

Cumberland played the game with nine players available. Breon Oldham and Abby Morgan had solid performances for the Phoenix offensively as they scored eight and seven points, respectively. Keara Sexton finished the game second on the team in rebounds with six on the night.

The Phoenix stay home to play the University of the Cumberlands on Saturday, Dec. 15 at 2 p.m.