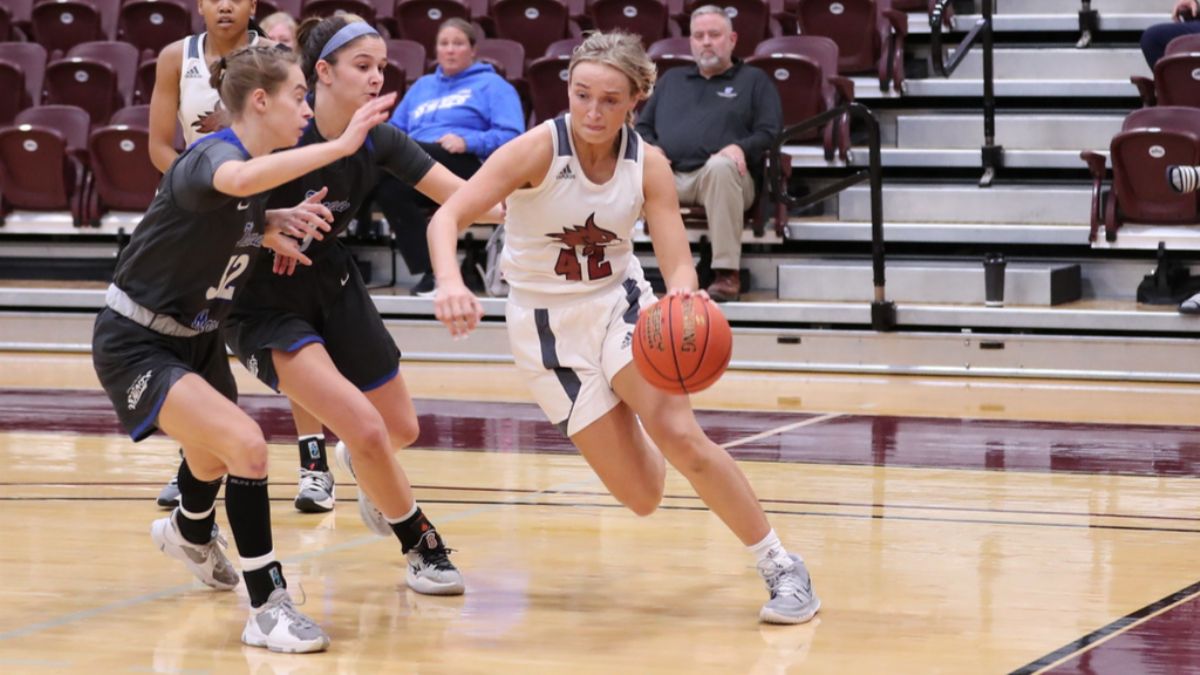 CRESTVIEW HILLS, Ky.--No. 1 Thomas More proved to be too much for the Phoenix in a 75-54 loss at the Connor Convocation Center Saturday afternoon.

Cumberland (7-9, 2-7 MSC) started slow and dug themselves a big hole to climb out of after a big first quarter deficit.

No. 1 Thomas More jumped out to a huge lead in the first quarter. Johnson hit a three to tie it a 3-3 on their first possession, but Thomas More held CU scoreless over the next six minutes to go on a 15-0 run. Kennedy Powell scored on a putback and Johnson added a two before the quarter closed trailing 25-9.

The second quarter fared better for the Phoenix offensively as Cumberland as CU scored 16 points, but the Saints shot 51.5% from the field in the half and pushed the lead out to 45-25.

Cumberland opened the second half with two defensive stops and two baskets to turn some momentum. The Phoenix cut it to as close as 13 after Keara Sexton hit two free throws before foul trouble put starters on the bench. The Saints second unit pushed the lead back out to 20 finishing the quarter on a 6-2 run to make it 60-40.

Thomas More would continue to keep the pressure up and hold on for a 75-54 win.

Lindsey Freeman posted her second double-double of the season scoring 10 points with 11 rebounds. Tyra Johnson led Cumberland in scoring with 13 points and Alaina ROngos made four three-pointers for 12 points.

Cumberland will be back in action on Monday at Life University. Tip-off is set for 5:00 p.m. central time.