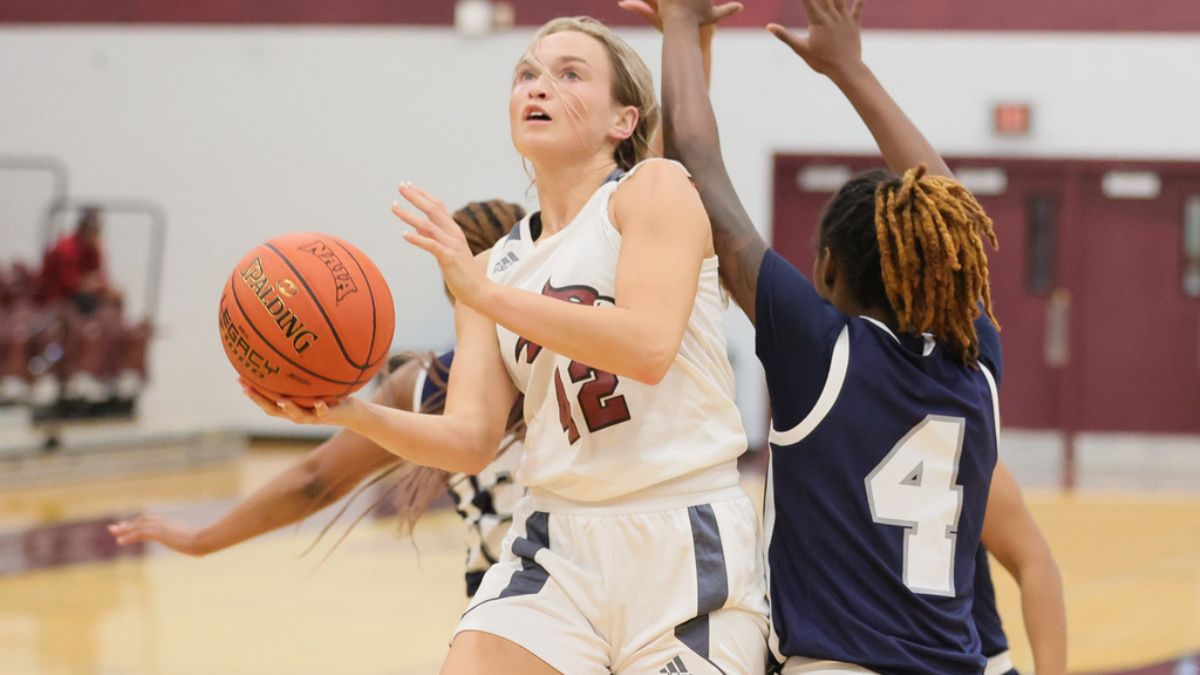 MARIETTA, Ga.-- Trailing by 10 with 1:58 left, Cumberland came storming back to cut it to a one possession game with 1:07 left, but Life University held on to get a hard-fought 64-60 win over the Phoenix.

Cumberland (7-10, 2-8 MSC) battled short-handed tonight and nearly rallied late to come-from-behind. Lindsey Freeman did all she could, scoring a season-high 20 points on 6-of-11 shooting and 8-of-8 from the free throw line. Alaina Rongos also added 13 points and Abby Morgan and Keara Sexton scored 8 and 7 points, respectively.

Life (6-13, 2-9 MSC) shot the ball well from deep hitting eight three-pointers and taking advantage of a Phoenix team depleted of post players at the moment winning the rebound battle 47-29.

Life jumped out to an early lead after hitting two three-pointers before Rongos and Kennedy Powell both hit twos to cut it to 6-4. The Running Eagles pushed it out 11-4 after another three and a two. Rongos hit back-to-back triples to bring it back to a one-point game. Alyssa Goehring made a tough layup to give Cumberland their lone lead of the quarter before Life reclaimed it on the next possession and extended it to a 17-14 lead after the first.

The Running Eagles pushed the lead out to 10 at 30-20 before the media break in the second quarter. Cumberland found some rhythm defensively and held Life to just four points after that and cut the lead to six after baskets by Lindsey Freeman, Jana Claire Swafford, Abby Morgan, and Keara Sexton. Cumberland trailed 34-28 at the half.

The third quarter was a slow one for both sides as Cumberland managed four points and Life three at the media break with 3:25 left in the quarter. Cumberland scratched their way back to tie the game at 39-39 after Sexton and Freeman made layups and Freeman scored two from the line. Life finished the quarter with a three-pointer to take a 42-39 lead into the fourth.

After a lackluster third quarter, the fourth quarter brought the fireworks. Life pushed the lead out to 10 matching their largest lead of the game and appeared to be cruising to a win with 1:58 left, but Cumberland battled back with an 8-0 run over the next minute forcing Life into three turnovers that translated to points. Cumberland tried to prolong the game by sending the Running Eagles to the free throw line, but Life got just enough to fall to come out with a 64-60 win.

Cumberland will return back to the Dallas Floyd Phoenix Arena to take on Bethel University at 6:00 p.m.