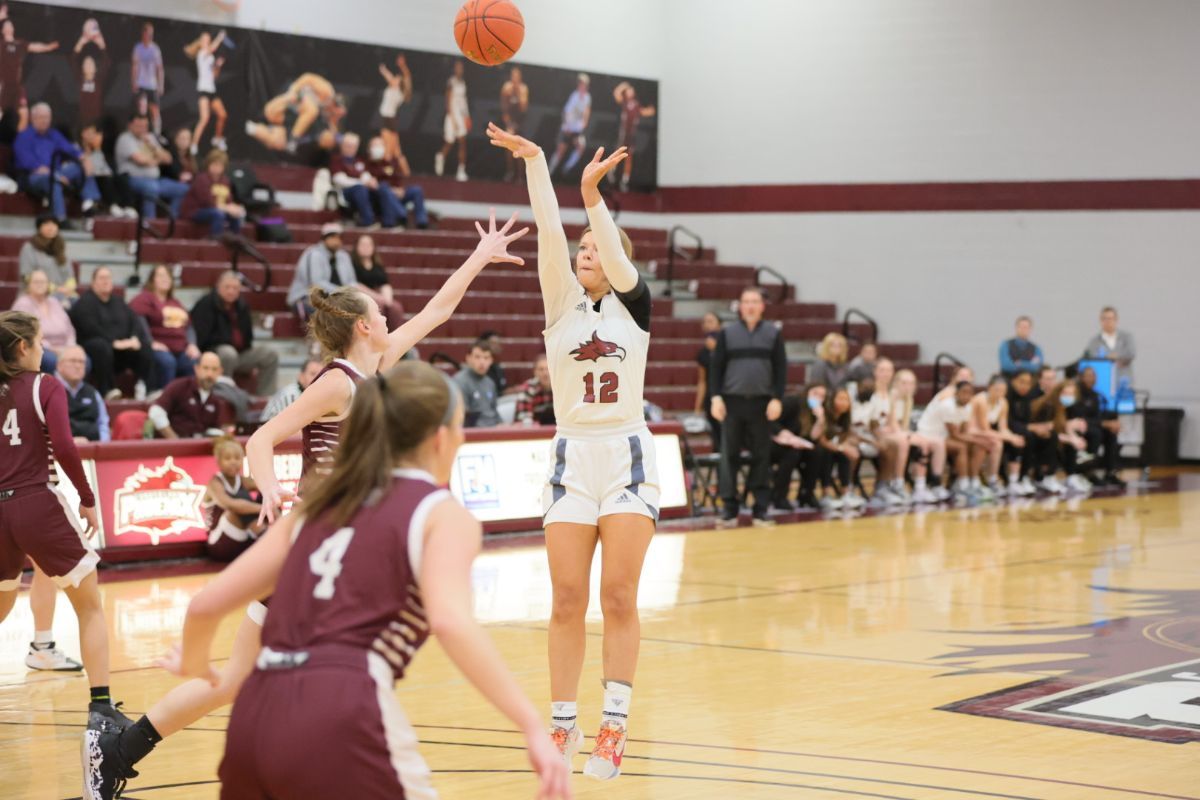 LEBANON, Tenn.--Cumberland women's basketball held on down the stretch to defeat Freed-Hardeman 57-51 at the Dallas Floyd Phoenix Arena Saturday afternoon.

Cumberland (9-10, 4-8 MSC) played solid defense and scored timely baskets to get their fourth Mid-South Conference win of the season.

Alaina Rongos and Tyra Johnson each scored 14 points and Lindsey Freeman scored 13 and gave the Phoenix the lead for good in the final minute.

The Phoenix went 21-of-53 for 39.6% from the field and hit four timely three-pointers. Cumberland sealed the game from the line with four free throws and went 11-of-15 from the line on the game.

Rongos scored the first basket of the game on aeasy layup before Freed's Caroline Chambers scored in the line twice. Johnson scored her first basket on a jumper and follwed with a three from the wing. Rongos made a two to put CU up 9-4 at the media timeout. Cumberland would score four more points and the Lady Lions scored three from the line with a layup to bring it to 13-9 after the first.

The Phoenix came out in the second with a quick 5-0 run as Keara Sexton made a two and Rongos buried a triple from the corner forcing Freed-Hardeman into a timeout trailing 18-9. Out of the timeout, the Lady Lions answered with a three. Abby Morgan got a tough layup to fall and then Freed scored on back-to-back buckets to cut it to 20-16.

Johnson and Lindsey Freeman scored four from the charity stripe and Misia McKinney hit a 10-foot jumper to give Cumberland a 26-19 lead at the break.

Freed-Hardeman started the second half with a 6-2 run to bring it back to a one possession game before Freeman nailed a base line jumper to extend it back to 30-25. Rongos drained her second triple, but the Lions wouldn't go away scoring two more baskets forcing Cumberland into a timeout up 33-29.

Johnson made a tough jumper as the shot clock wound down and then forced a turnover on the other end allowing Sexton to score in the lane. After a Freed bucket, Morgan buried a three in transition and Freeman scored two for an 8-2 run to put the Phoenix up 42-31.

Freed-Hardeman started the fourth on a 9-0 run to grab the lead 47-44 before JC Swafford finally snapped the scoreless drought after five minutes with a two. Freeman gave Cumberland the lead back with nice spinning layup in the paint.

Tied at 51-51, Freeman scored a tough two with 46 seconds left to put CU up. The Phoenix defense stifled the rest of the Lady Lions attempts to score and hit clutch free throws down the stretch to win 57-51.

Cumberland will play again this Monday on the road in Pulaski against Tennessee Southern at 6:00 p.m.