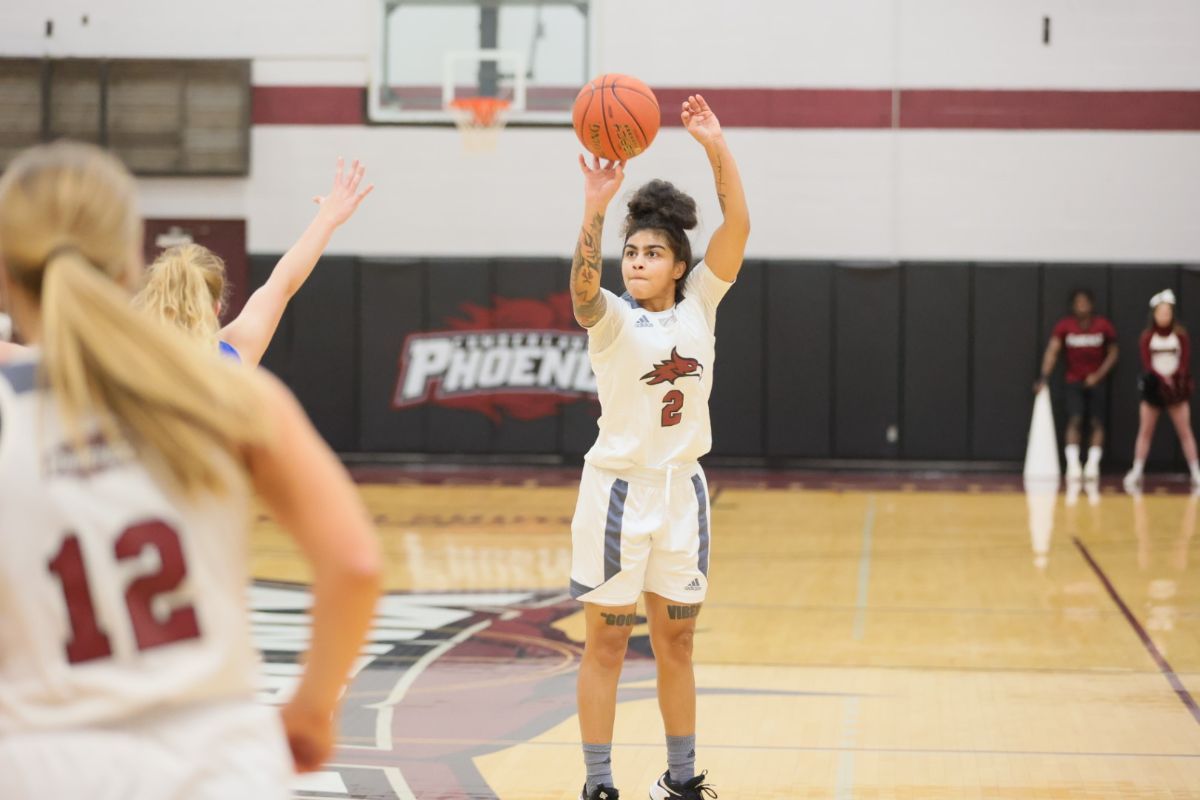 Tyra Johnson got the offense started for the Phoenix as she hit the first basket of the game to trail 5-3 early on in the first. Lindsey Wilson went on a bit of a hot streak as the Blue Raiders led the Phoenix 18-8 as Maleigha Oldham had 10 of their first 18 points.

The Phoenix clawed themselves back into the game with another three from Johnson to jumpstart the offense down 20-13 with 2:27 remaining in the first quarter. With four seconds left in the quarter, Johnson made a nice move drawing a foul on a three-pointer to send her to the line.

She hit all three free throws to cut into the Lindsey Wilson lead 26-20 at the end of the quarter. CU continued to hit big shots into the second quarter. Jana Claire Swafford came off the bench and hit two deep threes to cut the LWC lead to 30-28.

The three balls continued for the Phoenix deep into the second quarter as Johnson and Abby Morgan hit back-to-back threes to make the score 37-34 Blue Raiders.

The most impressive shot came after Breon Oldham inbounded the ball with 2.7 seconds left in the quarter. Johnson received the pass and hit a quick euro step to get past the LWC defender and drain a shot from the logo to tie it up 44-44 at the half.

The Phoenix came out of the half on fire as Keara Sexton hit back-to-back layups to give CU a 48-46 lead to open the second half. CU continued to hit some impressive shots, including a nice jumper from Alaina Rongos to lead 52-46.

The Blue Raiders went on a bit of a run down the stretch in the third to take a four-point lead after a Maleigha Oldham three. Cumberland battled back after back-to-back buckets from Johnson, and Sexton tied the score up 58-58 to end the third.

The Blue Raiders went up 66-60 before a three from Johnson cut their lead to three. Rongos followed that up with a big corner three to tie it up 66-66 with 4:57 to play.

Cumberland hung around and kept it close down the stretch as a basket in the paint by Abby Morgan cut the Blue Raider lead 72-70.The Blue Raiders went on a 6-0 run to lead 78-70 with 57 seconds left in regulation. The gap was too much for Cumberland to overcome as Lindsey Wilson held on to win 83-75 in the hard-fought matchup.

For the Phoenix, Tyra Johnson led the way with 28 points on the night, two points shy of her season-high 30 point totals against Freed Hardeman and Pikeville. Johnson also hit seven threes in the game, tying her season-high set at home against Pikeville. Three other Phoenix ended the game in double figures beginning with the 12 points scored by Rongos and followed by Morgan and Sexton with ten points. Morgan also led the team in assists with five, while Sexton and Oldham led the team in rebounds with five. Maleigha Oldham and Amelia Hodges led the Blue Raiders with 19 points apiece.

Cumberland is back on the road for their next two games as they take on the Cumberlands on Thursday at six before heading to Pikeville to play Saturday afternoon.