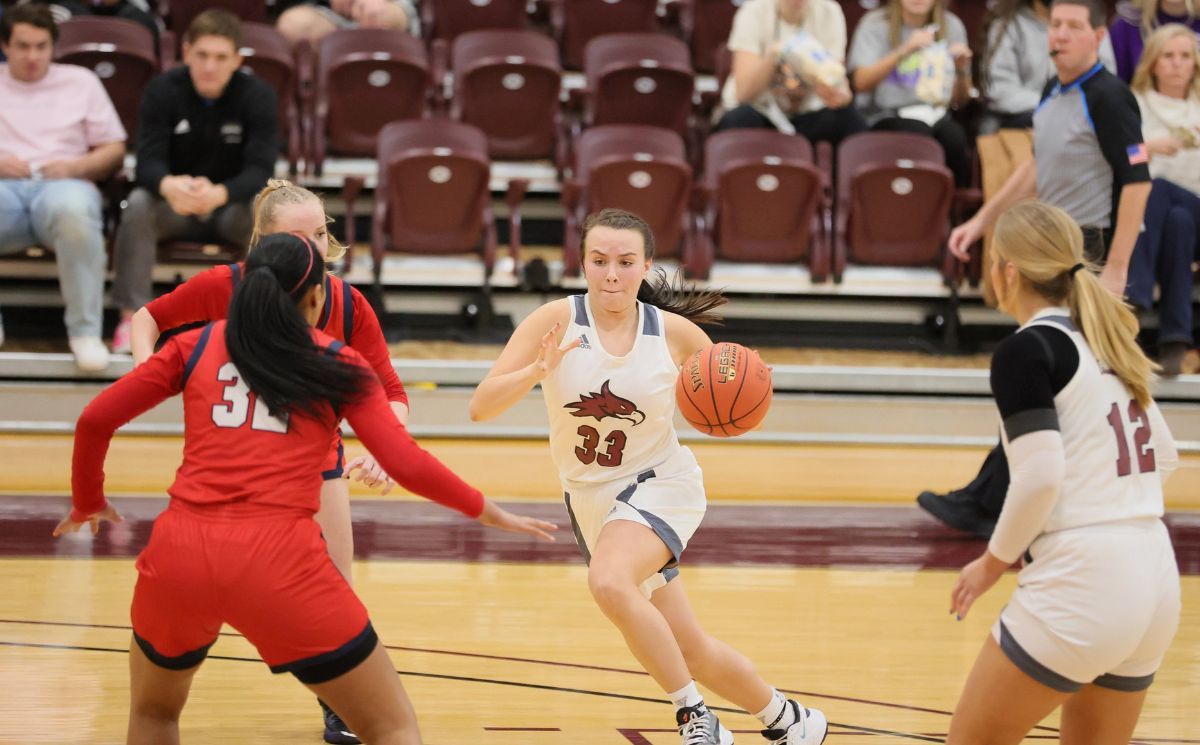 Abby Morgan had a solid performance with five rebounds, three assists, and a steal to go along with11 points (Credit: Steve Wampler)
Cumberland at Cumberlands | February 10, 2022

Cumberland opened the first quarter with a bit of a dry spell shooting the ball. The team averaged 21.4% from the field and 33% from the three-point range. The Phoenix had their issues with turnovers early on in the first but played solid defense to hold the Patriots to under 40 percent from the field.

The score at the end of the first was 21-9 Patriots, although the second quarter was a completely different story for the Phoenix as a team. Breon Oldham brought energy off the bench for the team and, with four quick points, jumpstarted the Phoenix offensively to trail 21-13 to the Patriots with eight minutes left to play in the half.

Back-to-back baskets from Misia Mckinney and Abby Morgan cut the Patriot lead to 25-24 with four minutes to play in the quarter. The Phoenix played solid defense and evened out the turnover margin at the half as the CU had ten total to UC's nine. The Phoenix did a nice job of scoring in transition as they scored 15 of their 24 first-half points off turnovers.

Keara Sexton led the team with six points in the first half as CU went into the break trailing 34-26 to UC. Neither team shot particularly well in the first half as the Phoenix averaged 35.5% from the field compared to the 37.8% of the Patriots. UC outrebounded CU 22-17.

Cumberland started the third with a quick jumper from Tyra Johnson to cut the Patriot lead 28-36. The Patriots played a fast style of play, wearing down the shorthanded Phoenix as the game went into the later stages.

The Phoenix continued their bounce-back effort into the fourth as a made free throw from Keara Sexton made the score 62-51 with just over five minutes remaining in the quarter. Johnson followed that up with a deep three to cut the Patriot lead to single digits at 62-54.

Cumberland continued to hang around late in the fourth as they saw themselves down 69-62 with just under a minute to play. Free throws and a couple of solid offensive possessions from CU led to a final score of 75-71, with the Patriots escaping with the win.

Cumberland shot 42.9% from the field over the game compared to the 36.6% of the Cumberlands. The Phoenix also outshot the Patriots from three-point range as they hit 35.7% of their attempts. UC did have the edge over the CU in terms of free-throw shooting as they hit 69.6% of their shots opposed to the 57.9% mark of the Phoenix.

Leading the Phoenix in scoring was Tyra Johnson as she connected on 63% of her field goal attempts for 16 points and a team-high eight boards. Keara Sexton, Alaina Rongos, and Abby Morgan had solid days, as well as they hit the double-figure point mark with 13, 11, and 11 points, respectively. Sexton also chipped in five assists, four boards, and a steal. Morgan had five rebounds, three assists, and a steal to go along with her 11 points.

Cumberland is back on the court on Saturday, Feb. 12, on the road against Pikeville at 1 p.m.