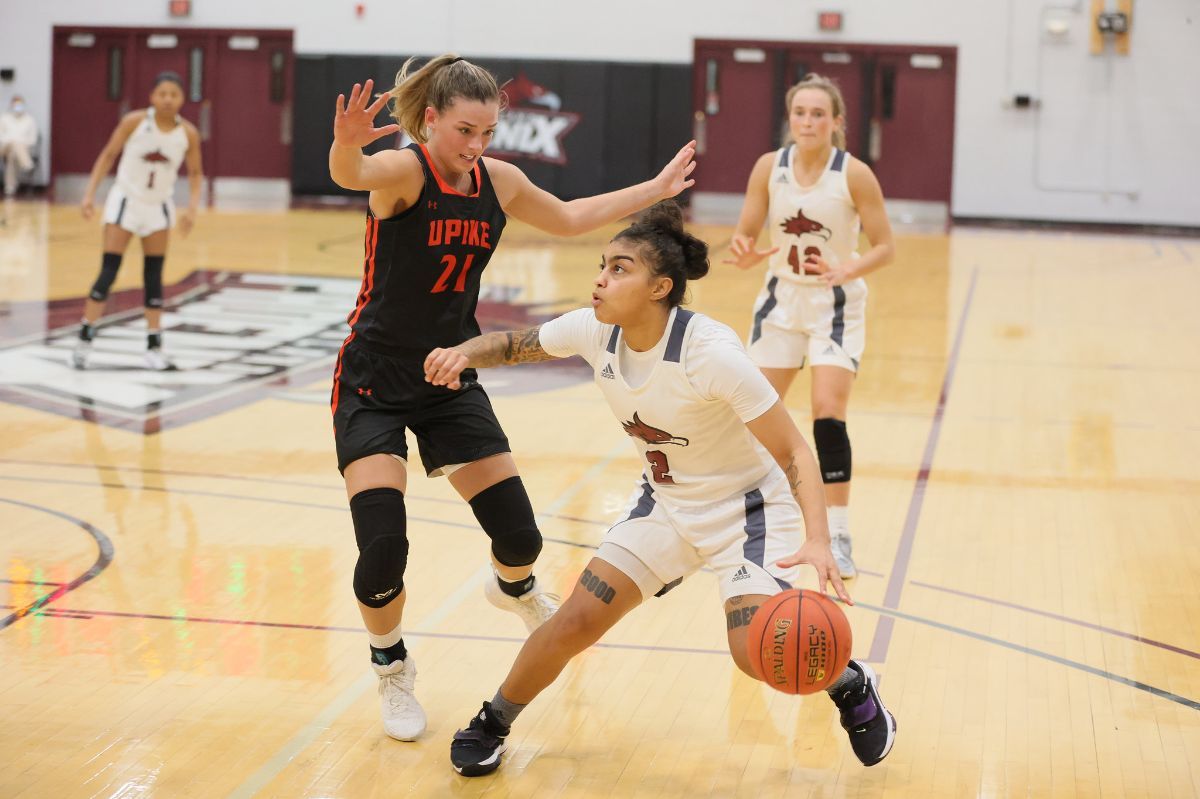 Both teams had a slow start offensively, as neither team put up any points in the first four minutes of the game. Cumberland put forth a solid effort on the offensive glass with five offensive rebounds in that span but couldn't get one to fall. Devon Burns put an end to the Phoenix scoreless streak with a bucket at the 4:53 mark.

The two teams started to score more in the final five minutes as Pikeville ended the quarter with a 17-11 advantage over the Phoenix. Neither team shot the ball well in the first as the Phoenix ended up shooting 25 percent from the field compared to the 28 percent of the Bears.

The second quarter was a completely different story as Cumberland's offense started to pick up with the emergence of Tyra Johnson. The senior scored seven quick points in the first four minutes of the quarter and gave CU their first lead of the game at 24-23. The two teams traded blows the rest of the half and the Phoenix went into the break trailing 35-32.

The big difference between the two teams at the break was free-throw attempts as the Bears hit 11 of their 12 attempts, compared to the Phoenix only getting to the line twice. Tyra Johnson led the Phoenix with 17 points at the break, followed by Breon Oldham with seven off the bench.

Cumberland started the third a little slow, going down 34-42 after a 7-2 run by the Bears to begin the frame. A jumper by Misia McKinney jumpstarted the Phoenix offense as they went on a run to get back into the game.

Tierra Davis came off the bench and dropped five points in the 10-2 Phoenix run, giving them a 48-46 lead with 2:30 remaining in the quarter. The two teams traded blows to tie up the game at 53-53 all at the end of the quarter.

Cumberland reclaimed the lead at 55-53 with a made jumper by Johnson at the 7:57 mark in the fourth Unfortunately for the Phoenix, that would be the last time they led in the game as the Bears went on an 18-4 run to seal the victory over the Phoenix 71-59.

After a poor shooting first ten minutes from both teams, the Phoenix and the Bears improved their field goal percentage as the contest went on. Cumberland converted 37.9 percent of their field goals on the day compared to the 39.1 percent of Pikeville.

Neither team shot the three-ball well in the game as CU finished with a mark of 21.7 percent compared to UPikes's 18.8 percent. Perhaps the biggest difference in the outcome of the game was the ability of the Bears to draw fouls and get to the line as they shot 18-20 from the charity stripe as opposed to the five total attempts posted by the Phoenix. Cumberland did a great job on the glass, outrebounding Pikeville 37-32 in the conference matchup.

Tyra Johnson had a great game for the Phoenix individually as she put up 28 points on 11-28 shooting to go along with three rebounds, two assists, and two steals. Breon Oldham also had a solid game for CU off the bench with nine points on 4-6 shooting in only 17 minutes of action. Tierra Davis's return to the Phoenix was a promising one as she ended the day with seven points on 3-4 shooting and three rebounds in 17 minutes of action.

Cumberland hits the road and heads to Lindsey Wilson Monday night for a rescheduled matchup against the Blue Raiders at 4 p.m.