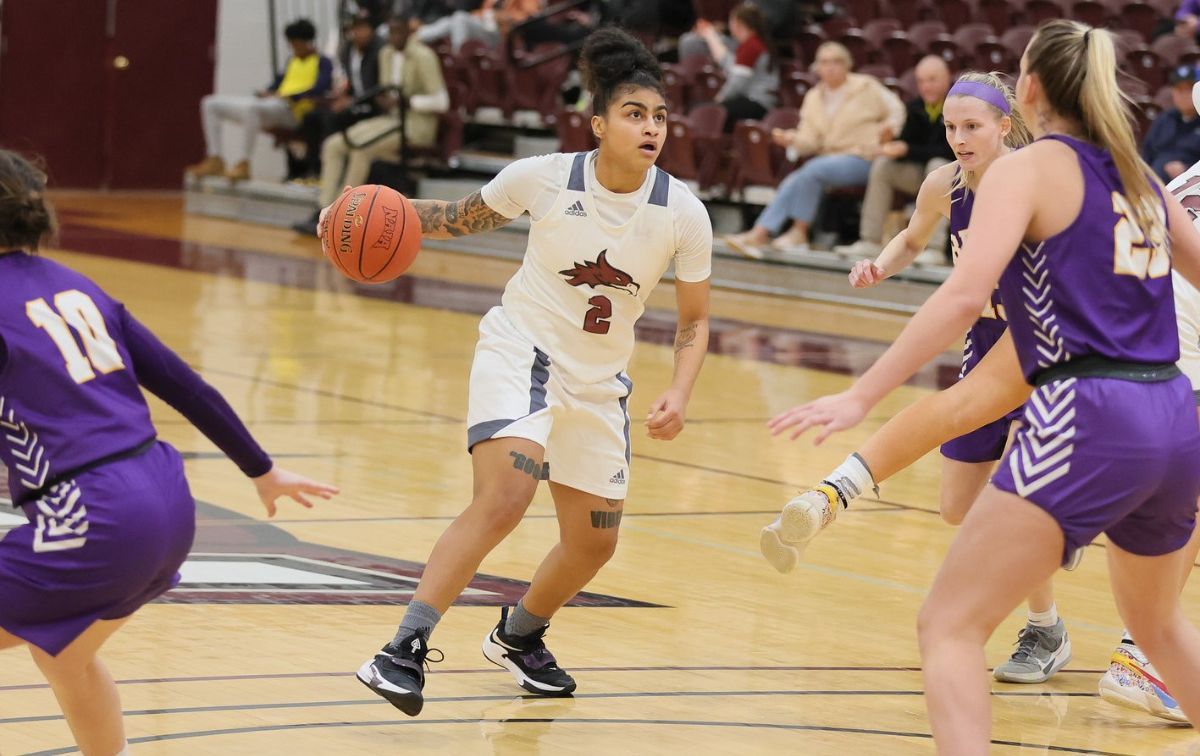 HENDERSON, Tenn.--Cumberland held the lead the entire game until 18.8 seconds when Caroline Chambers hit two free throws to give the Lady Lions the lead. The Phoenix had opportunities with less than 10 seconds, but could not get a shot up allowing the Lions to push it out and win 63-58 to advance to the quarterfinals of the Mid-South Conference tournament.

Cumberland's season will unfortunately come to an end finishing at 13-16, the best season for Cumberland women's basketball since head coach Scott Blum took the helm.

Cumberland jumped out to a fast start, getting everyone involved, to kickstart a 17-8 lead after the first five minutes. The Freed-Hardeman defense stepped up after a timeout by Coach Josh Epperson holding CU to just three points on a Tyra Johnson three the rest of the quarter as the Lions cut it to 20-12.

The Phoenix continued the pace to push it out to a 10 point lead where the margin would sit at the half, 37-27.

In the second half, the momentum started to shift as the Freed-Hardeman faithful came to life. Cumberland didn't score a field goal in the quarter until Misia McKinney hit a layup with 3:43 left, but fortunately at that point the Phoenix still held a 43-34 lead from four made free throws earlier in the quarter.

The Lady Lions went on a 6-2 run to continue chipping away at the lead before Johnson drilled a three. KJ White converted a two for the final bucket of the quarter and a 48-42 lead for Cumberland heading into the final 10 minutes.

The start of the fourth quarter was a defensive slugfest as Freed continued to chip away, cutting it to a one possession game with just 5:42 left at 51-49. Both teams traded a pair of free throws and Abby Morgan hit a jumper to push it back to 55-51 with 2:33 left.

Caroline Chambers and KJ White converted on back-to-back possessions to tie it at 55-55, but Lindsey Freeman nailed a three at the top of the key to silence the crowd for a three point lead with 1:03 left.

Chambers was fouled on a tough call and cut it to one after hitting both free throws and then after a defensive stop for Freed-Hardeman was sent to the line again where she put Freed in the lead 59-58 with 18.8 seconds left.

Cumberland got a good look under the basket for a chance to regain the lead, but a tough call sent the ball back to the Lions where they would convert two more free throws. In a final hope trailing by three the Phoenix turned it over and Freed-Hardeman knocked down two more from the line for the 63-58 win.

Cumberland shot 36.8% from the field and hit eight three pointers in the game. Cumberland was perfect from the line going 8-for-8. CU was outrebounded 35-23.

Tyra Johnson had it all working scoring 27 points for Cumberland on five made three-pointers. She needed 20 points in today's game to cross 500 points on the season becoming just the second player in Cumberland women's basketball history to reach 500 points in a season. The first was Renae Williams when she scored 629 points in 2007-08.

Lindsey Freeman was the only other Phoenix in double figures finishing with 12 points. Freeman was dealt the task of guarding All-Mid-South Conference player Alyssa LeMay and locked her down with just three points.

Caroline Chambers had the big day for the Lady Lions finishing with 24 points on 9-of-13 made shots. KJ white added 12 points.

Freed-Hardeman advances to take on Campbellsville on Thursday in the Mid-South Conference Quarterfinals.