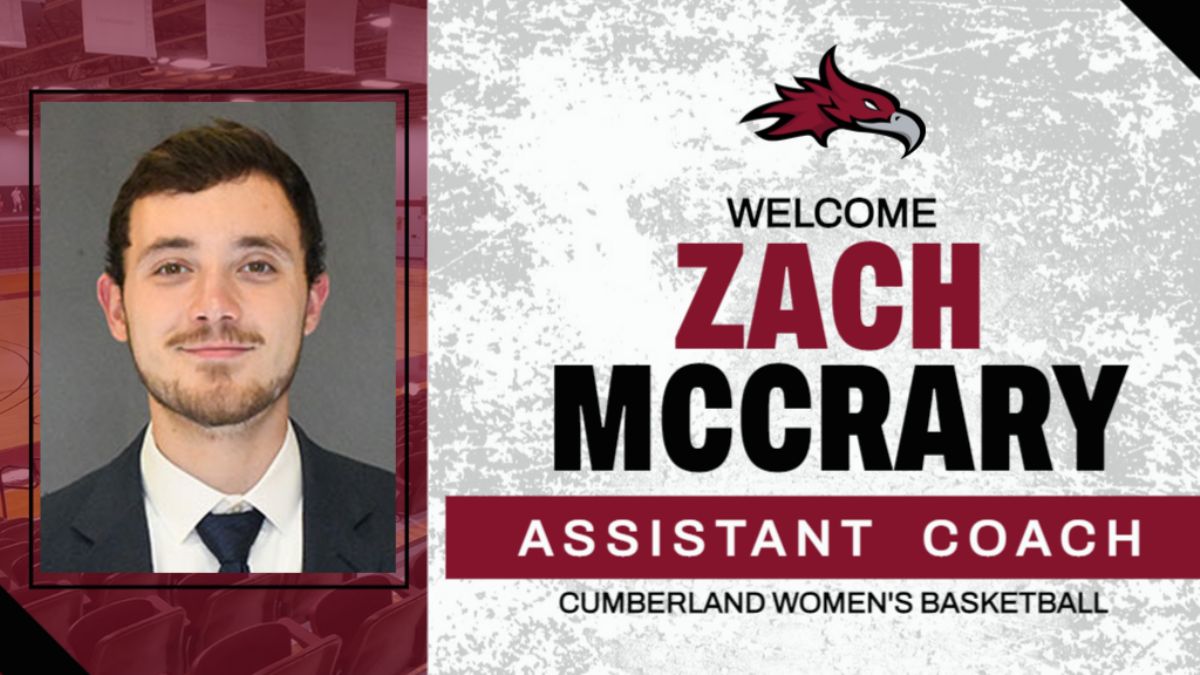 "I am excited about having Zach join our staff," Blum said. "He is bringing a lot of basketball knowledge with him to our program. Zach was a student assistant at Middle Tennessee State University under Rick Insell and learned a lot while being around coach Insell's program."

This past season the Blue Raiders finished with a 16-16 overall record alongside a 9-11 mark in the Mid-South Conference during the 2021-22 campaign. Lindsey Wilson had four players earn All-Mid-South Conference honor and made an appearance in the NAIA Opening Round.

In 2019-20, he helped guide the Blue Raiders to a 26-6 overall record and a 13-3 performance in the Mid-South Conference. LWC advanced all the way to the MSC Tournament semifinals at the conference championship.

Prior to Lindsey Wilson, McCrary served as a student assistant on the Middle Tennessee State University women's basketball team for four years. During his tenure as a student assistant, McCrary helped develop players on and off the court by helping prepare daily practices and drills during the regular season and offseason. McCrary helped assist the Lady Raiders to an 88-44 overall record, a 2015-16 Conference USA Championship, one NCAA tournament and three NIT tournament appearances.

A native of Readyville, Tennessee, McCrary earned his bachelor's degree from Middle Tennessee State University in May of 2019 in Leisure, Sport, and Tourism Studies.