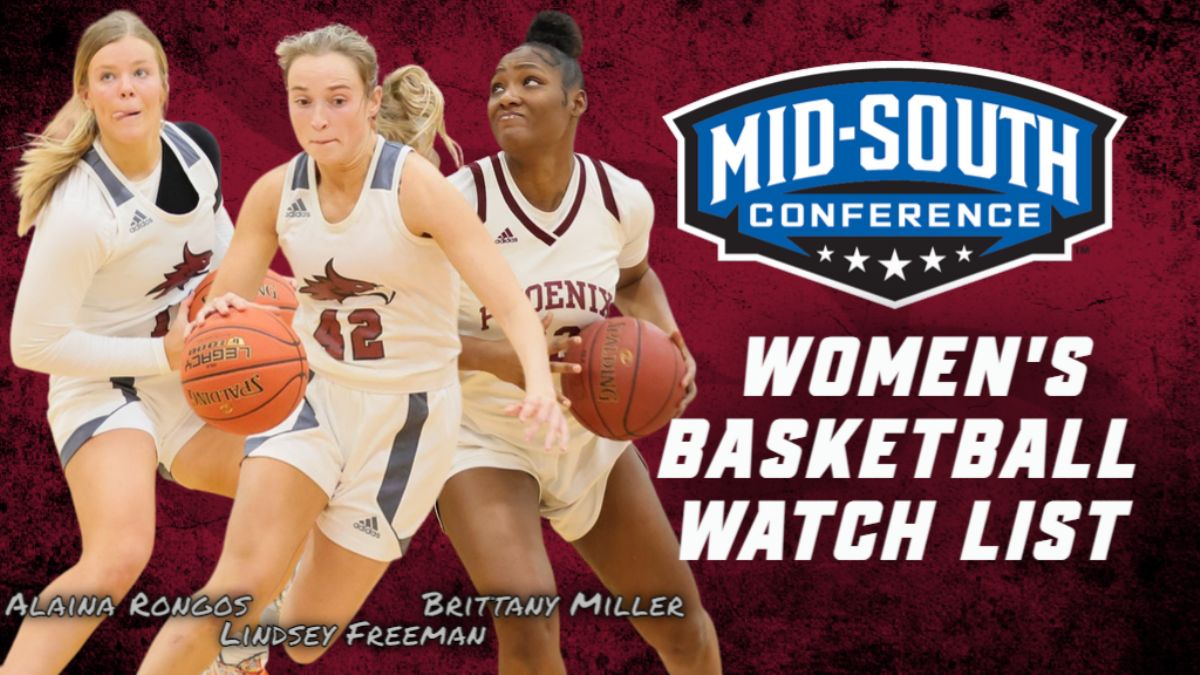 LEBANON, Tenn.--Cumberland women's basketball is set to start their season next weekend at the Faulkner Classic in Montgomery, Alabama next weekend, but before we get to that returners Lindsey Freeman, Brittany Miller, and Alaina Rongos were each named to Mid-South Conference Women's Basketball Watch List.

Lindsey Freeman returns for her junior season earning Second Team All-Conference honors last season. Freeman earned All-Mid-South Conference Second Team honors for the first time in her career. Freeman was one-of-two Phoenix to average double-figure points this season with 10.3 points per game. She led the team in rebounds with 5.9 boards per game. She netted a career-high 20 points on the road at Life. Freeman plays with an extremely high motor and excels at defending the ball, shutting down prolific scorers for the opposition time and time again.

Brittany Miller returns after missing last season with an injury. In a COVID shortened season in 2020-21, Miller earned All-Conference Honorable Mention honors. She scored 140 points in 15 games this season for an average of 9.6 points per game while the Phoenix in rebounds this season hauling in 89 boards for a 5.6 average per game. She also scored double figures in eight of the 15 games while leading the team in rebounds in seven Cumberland games.

Alaina Rongos enters her junior season as well and returns as a key player for CU. Rongos made 19 starts out of 21 games she played in last seaosn averaging 9.0 points per game. She shot 37.5% from the field and 34.1% from three while averaging 3.4 rebounds per game. She scores 10 or more points in 10 games last season.

Conference coaches each submitted three student-athletes whom they anticipate will have a significant impact on their team this upcoming season.