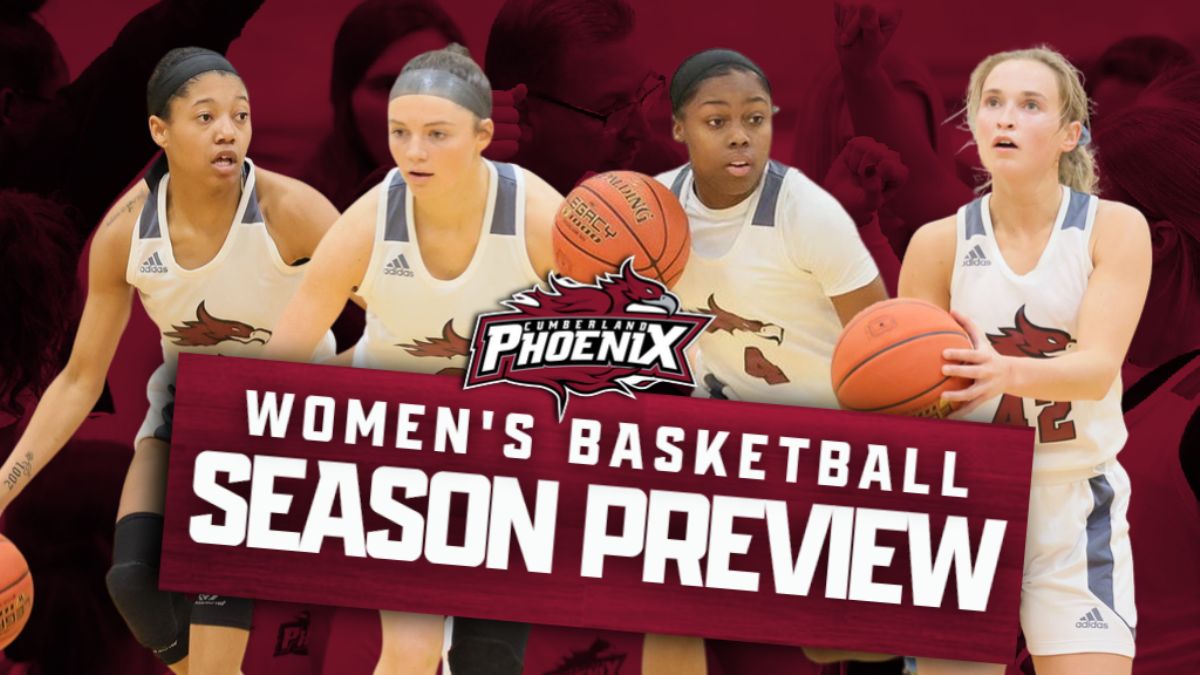 LEBANON, Tenn.--Cumberland women’s basketball is set to start this weekend at the Jimmy Faulkner Classic with a slate full of returners for fifth-year head coach Scott Blum.

The Phoenix return 11 players from last season’s roster that finished 13-16 last season. Cumberland did lose All-American Tyra Johnson to graduation, but Coach Blum and company added four transfers and get back All-Conference player Brittany Miller after missing last season due to an injury to pick up the pieces.

Freeman returns for her junior season earning Second Team All-Conference honors last season. Freeman earned All-Mid-South Conference Second Team honors for the first time in her career. Freeman was one-of-two Phoenix to average double-figure points this season with 10.3 points per game. She led the team in rebounds with 5.9 boards per game. She netted a career-high 20 points on the road at Life. Freeman plays with an extremely high motor and excels at defending the ball, shutting down prolific scorers for the opposition time and time again.

“She plays so hard, rebounds, runs the floor, guards the best offensive player for the opponents. She just makes us so much better. When she is going at it, it really makes our team get after it as well.

Brittany Miller returns after missing last season with an injury. In a COVID shortened season in 2020-21, Miller earned All-Conference Honorable Mention honors. She scored 140 points in 15 games that season for an average of 9.6 points per game while the Phoenix in rebounds this season hauling in 89 boards for a 5.6 average per game. She also scored double figures in eight of the 15 games while leading the team in rebounds in seven Cumberland games.

“We missed her all year last year, she worked hard to get back and she looks like she hasn’t lost a step. Her getting back and doing what she does on the boards and playing hard will be a big addition to what we have this year.”

Keara Sexton will be the primary ball handler for the Phoenix this season. She is returning for her second year with the Phoenix after starting in all 30 games last season and averaging 7.7 points per game in her first year at Cumberland. She led her team in assists with an impressive 87, making her a key component to Cumberland’s offense.

“She’s ready to take on that role of being a leader. It has been since day one of practice she has been very vocal leading the team and guiding the offense.

Abby Morgan enters her junior season with the Phoenix after recording 156 points in 28 games. Morgan put away a season-high of 18 points in a win against Huntington University last season, averaging 4.8 points per game and a 45.0% from the field on the season.

Jana Claire Swafford returns for her second season with Cumberland after seeing some good court time as a freshman guard. Swafford put up some nice numbers for the Phoenix with 186 points, 66 rebounds, and 19 steals over the 30 games she appeared in.

Tierra Davis enters her second season with Cumberland as a 6’3 forward. Davis made 19 game appearances last season, during which she recorded 99 points and a big number of 84 total rebounds. She was second on the team for rebounds per game with 4.3.

Breon Oldham got minutes in all 30 games last season for her first season in a Cumberland jersey. The guard picked up her season high of 16 points on the road against Huntington University. She put up 120 points and 78 total rebounds on the season.

“Abby, Alaina, JC, Tierra, and Bre are all going to play big parts. We are going to be very deep this year, which is good and bad. I’ve preached from day one, ‘You look across the court and there are several of you that are real similar. Some games they will get 10 minutes, some games they will get 20 minutes.’ and they understand that and have bought into what we are doing.”

“The exciting thing is that all are experienced players. They have been through the conference several times and are going to bring in the experience and with that comes the confidence on the floor.”

Blum brings in four players to add some depth to the roster, including two JUCO and two NCAA Division II transfers.

Kayla Gordon is another JUCO transfer for the Phoenix, coming from a notable career at Illinois Central. As a freshman, Gordon was named to the NJCAA All-American first team, NJCAA All-Region 24 Team, and the NJCAA Nationals All-Tournament Team. Gordon was also a NJCAA Top 40 All-Star Participant. The point guard put up some impressive numbers during her time at Illinois Central, totaling 619 points in only two years with the team.

“Kayla is a transfer from Illinois Central. She is going to be our starting two guard and will bring a different dynamic. She can shoot threes, get the hoop, and contort her body to score at the rim. Having Keara, Lindsey, and Kayla start a game on the defensive end…I don’t know if I’d want to be the opponents. They are going to get after it defensively.”

Myajae Eubanks comes to Cumberland after a season at Division II Tusculum University. She appeared in 20 games for the program as a freshman and averaged 2.5 points per game. The 6’1 forward also recorded 23 rebounds and 5 blocks for the Pioneers.

“Myajae is going to add some nice size and depth for us. She is a local girl from Murfreesboro and her upside is still ahead of her. She can be scary by the time she graduates from here.”

Iya Jones is a Jackson State CC transfer after having two successful seasons with the Green Jays. She started 13 out of the 14 games she played in as a freshman, putting away 149 points and 90 rebounds. Jones started 13 out of the 19 games played her sophomore year, averaging an impressive 15.8 points per game for a total of 206 on the season.

“Iya can play all five positions and is a versatile player. We are looking at her at the four spot. She can shoot the three, rebound, and bang with the bigs.”

Josie Harville is the second DII transfer, joining the Phoenix after spending a year at Shorter University in Rome, Georgia. Harville played in 19 games for the Hawks, recording 13 points and 11 rebounds as a freshman.

“Josie is just a baller. She has a high IQ and loves the game of basketball. She gets after it and is scrappy. She is a combo guard that can shoot the three, she can rebound and facilitate the offense. She is going to be a great teammate.”

“We are excited about these four and what they will do for us. They will really push the returners and help us win some games.”

“The way the NAIA works now, we are all one division, so we have to play really good teams just to get in the rankings and move up.”

The Phoenix will open their season on the road at the Faulkner Classic in Montgomery, Alabama, first against Thomas University on November 4 and then they will have a quick turnaround to face Faulkner University.

“We travel to the Rio Grande Classic, two very, very good team who are actually preseason No. 1 and No. 2 in that conference. We play Midway on Friday and then Rio Grande on Saturday, so it's a tough way to open the season, but I wasn’t trying to make it easy though because if you look right after that we take on Lindsey Wilson and Campbellsville at home.”

The Phoenix will open up December with a three-game stretch of road games, including a huge matchup against No.1 Thomas More University. The Phoenix will finish out the 2022 year with four straight home games, with appearances from No.15 Georgetown College and conference foes Bethel University and the University of the Cumberlands.

Cumberland will open up the new year on the road with back-to-back conference games, first at Shawnee State University on January 5. They will then head to Pikeville, Ky. for a matchup on November 17 with the Pikeville Bears.

The Phoenix will host No.1 Thomas More on January 12 and stay at home for a January 14 faceoff with Wilberforce University.

Cumberland will finish out the last month of regular-season play with a long stretch of away games, during which they will face UT Southern and No.15 Georgetown again. Their last match of the season is scheduled for February 18 with a home match against Freed-Hardeman.