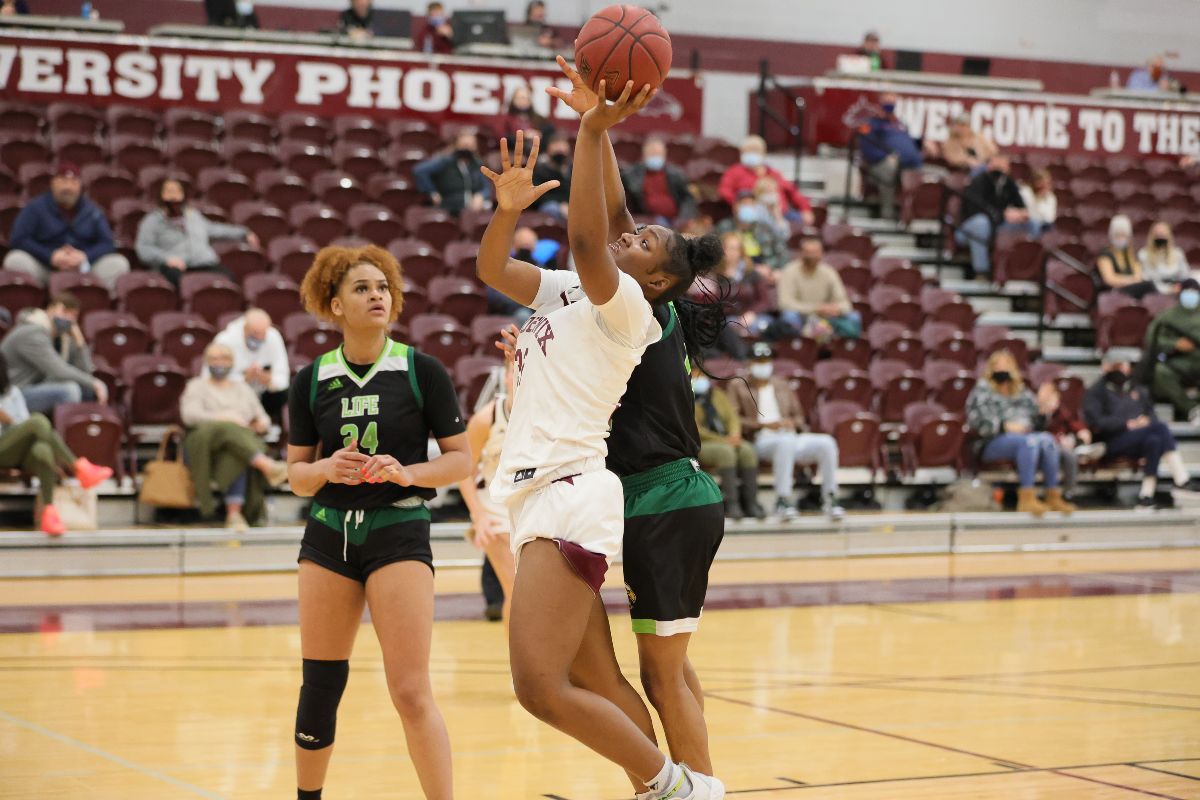 Montgomery, Ala.-- Women’s basketball dominates their season opener with a on-the-road win over Thomas University.

In her first game back since the spring of 2021, Brittany Miller put on a fantastic performance for the Phoenix. She went 9-9 in shooting, leading the team in points with 19 and rebounds with seven. Lindsey Freeman had a strong outing as well with nine points and five rebounds.

The Phoenix were back and forth with the Night Hawks in the first quarter, but took over the game from the start of the second quarter. Freeman put away a shot from the field to which Miller followed up with a strong rebound and bucket of her own, putting the Phoenix up by six. From there, Cumberland was able to run away with it, going on a 3-0 scoring run which included a three from Alaina Rongos.

The Phoenix went into halftime with all of the momentum, leading the Night Hawks by ten with a 36-26 score. Kayla Gordon closed out the first half with a bucket from the field.

Miller opened up the third quarter with a made free throw, making it an eleven point difference. Cumberland stayed on the gas for the entire quarter, taking a huge lead of twenty points at 55-35 thanks to a four point scoring run towards the end. Keara Sexton put away five of her eight total points in the third quarter alone.

The Phoenix put up three huge three point jumpers in the fourth quarter, riding their momentum to victory for an impressive 23 point win over Thomas University.

Cumberland will finish out day two of the Faulkner Classic tomorrow, November 5 with a match against host Faulkner University at 5 pm.