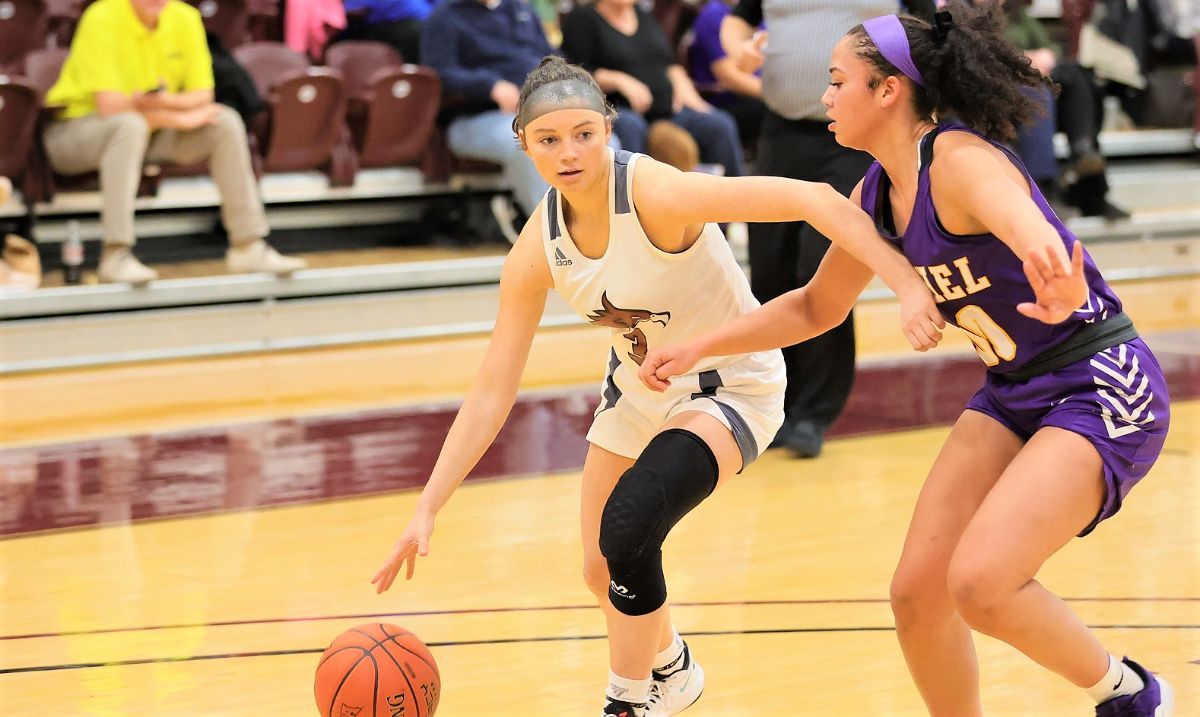 Cumberland improves to 3-0 on the season and picks up their second win over a team receiving votes in the NAIA Top 25. It took everything Cumberland had as they had to endure three overtime periods, multiple players fouling out, 84 combined free-throws, and overcame 33 turnovers, but in the end, found a way to make plays when they needed it the most to gut out a huge win.

The Phoenix had seven players score double-figure points led by 20-point performances from Britany Miller and JC Swafford. Miller played in 39 minutes and picked up 21 points and 12 rebounds for her second double-double this season. She went 7-of-15 from the field and added seven free throws. Swafford was key for the Phoenix down the stretch making big play after big play. She scored a team-high 22 points on 8-of-11 shooting in 24 minutes off the bench before fouling out in the third overtime period.

Starters Keara Sexton played in 52 of the 55 minutes in the game scoring 11 points while picking three rounds, three assists, and two steals. Lindsey Freeman added 11 points before fouling out in overtime and Alaina Rongos added 10 points. Iya Jones scored 10 points off the bench with eight rebounds for Cumberland.

Midway (1-2) answered the bell everytime Cumberland went up to rally back to tie it or take the lead. The Eagles shot 29-of-77 from the field for 37.7% while hitting nine threes. The Eagles went 31-of-42 from the free throw line and scored 30 points off of Cumberland turnovers.

Cumberland came out ready to go as everyone in the starting five collected a basket in the first five minutes of play. Freeman and Rongos each drained threes on the first possession to put CU up 6-0 quickly. After layups by Gordon and Miller, CU was up by eight 110-2 after just a minute and a half of play. Keara Sexton converted an and-one to put the Phoenix up by nine. Cumberland held on to that margin until the Eagles went on a 4-0 run and held CU scoreless for the remaining three minutes for an 18-13 lead after the first quarter.

The Eagles scored the first basket of the second quarter to make it a 6-0 run, but a pair of free throws from Miller broke the streak. Midway went and hit threes on two-straight possessions with a Miller two inbetween to cut it to 22-21 with 8:50 left in the half.

The offense stalled for both teams the last five minutes of the half with the score at 31-26. Cumberland would just score one more point the remainder of the quarter allowing the Eagles to tie it at 32-32 heading into the locker room.

Cumberland went on a 4-0 spurt out of half to take the lead and would expand that to six at 40-34, but White scored nine straight points for Midway to tie the game at 43-43 with 4:57 left in the third.

Tied at 47-47, Iya Jones would score three points in the last minute and a half of the quarter with a Swafford to two to lead 52-49 headed to the fourth.

Both teams over the next six minutes would go back and forth to play a 61-61 game. Rongos would knock down two free throws and Freeman would hit a floater in the paint to put Cumberland up by four with two minutes to play. After a basket for both sides, White would hit two free throws from the line and then a steal and a fastbreak bucket by Jackson would tie the game at 67-67 with 38 seconds.

Cumberland would run a play for Miller on the low block, but she would get her shot blocked and the Eagles took a timeout to advance the ball with two seconds left. On the inbound, Jackson fired a deep three from near half court that hit the front iron sending us to overtime.

In the first overtime, Cumberland led Midway 70-69 before the Eagles would hit four straight free throws to go up by three. Miller hit a two down low and Cumberland would send Adams to the line with 19 seconds on Freeman’s fifth foul. Adams would miss the first and make the second allowing Cumberland to take a timeout and advance the ball. The inbound play gave a wideopen backdoor cut for Swafford for two to tie the game with 10 seconds and Miller had a block on the defensive end to send it to the second overtime.

Both teams couldn’t find the basket in the first two minutes, but a triple from Jackson sparked a 8-1 run by the Eagles with 1:12 left. Swafford quickly buried a three from the wing and then Kayla Gordon had a steal in the backcourt that led to a fastbreak layup and-one on the foul to make it a one-point game, 82-81 with 48 seconds left. Cumberland fouled White and sent her to the line for two more making it a three point game. The next possession, Swafford again stepped up and converted an and-one to tie it and send it to the third overtime period.

Sexton knocked down two free throws and Swafford hit a jumper to go up by four in the first minute. After a free throw made by Midway, Jones hit a two to CU up by five, but the Eagles rallied back on 7-0 run to go up by two. Miller got a two to go down low to tie the game at 94-94 and then a turnover by Midway led to a reverse layup from Gordon to put the Phoenix on top. After one free throw was made by Jackson, Sexton made a two after an extra possession on an offensive rebound by Jones to take the lead 98-95. Cumberland added one free throw from Iya Jones with five seconds left to put CU up two possessions. Jackson made a three in the final second of the game, but Cumberland held on to outlast Midway 99-98 in a hard-fought win.

The Phoenix will take on the host of the Bevo Francis Classic tomorrow, No. 20 Rio Grande in the final game of the weekend. Tip-off is set for 2 p.m. central time.