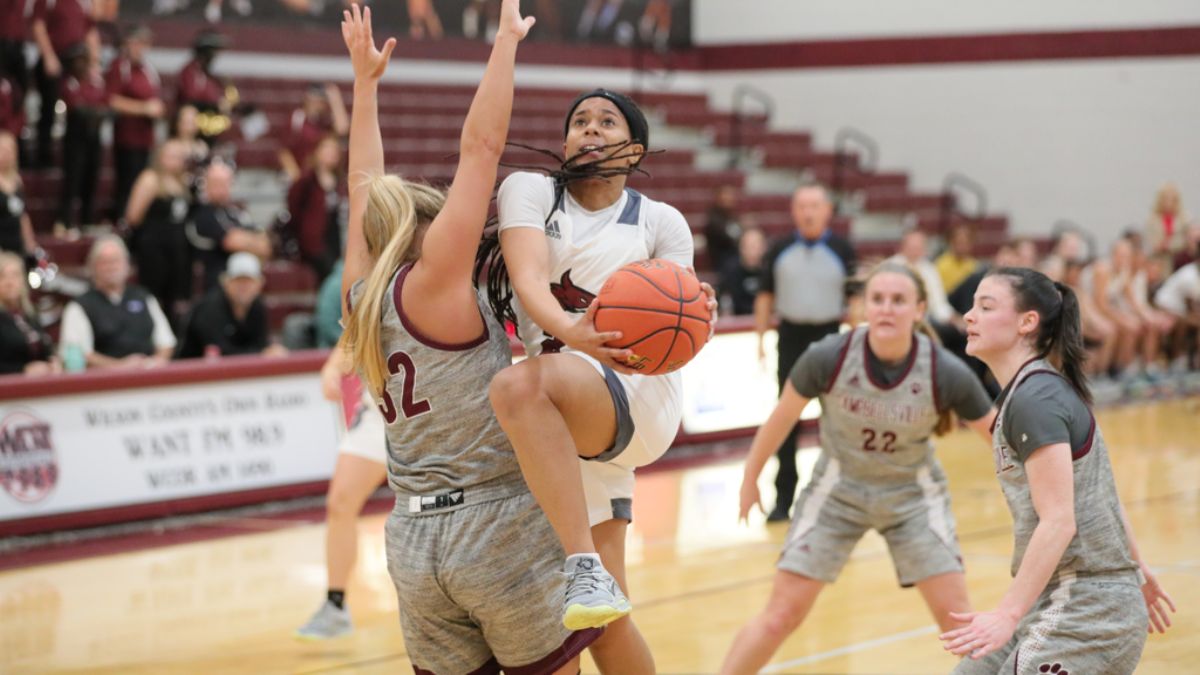 LEBANON, Tenn.--Cumberland women’s basketball fought hard, but could not overcome a halftime deficit as their late rally fell short against No. 3 Campbellsville.

Cumberland (4-2, 1-1 MSC) battled all game long, but could not overcome an 8-0 stretch the Tigers used to create separation just before the half ended. Cumberland shot 27-of-58 from the field and only hit three three-pointers. The Phoenix were able to out rebound Campbellsville 35-27 and scored 32 points inside the paint.

Kayla Gordon finished with a team-high 17 points and seven rebounds. Lindsey Freeman scored 13 points and hit three triples, the only three-pointers of the game for CU, each were in the first half. Iya Jones finished with 10 points, eight of them came in the second half. Keara Sexton scored nine points and had a team-high three assists and Britany Miller added eight points.

The first quarter was fast and action packed as both teams were knocking down shots and constantly answering each other shot-for-shot. Freeman drained a three from the wing and Sexton went 2-of-2 from the line to put Cumberland up 8-7. The Tigers quickly responded with a jumper and two free throws to go up by three. The Phoenix would retake the lead with a Miller jumper, but again answering on the other end was the Tigers as they would push that lead out to 22-18 lead after the first.

Cumberland scored the first four points as Gordon made two free throws and Morgan hit a two to tie the game. Both teams would continue to trade blows all the way to the media timeout where Campbellsville held a one point lead, 29-28.

Out of the timeout, the Tigers went on a 8-0 run to create some separation between the Phoenix. Freeman hit back-to-back big threes just before the half ended to bring us to a 37-34 game. The Tigers Elizabeth Bertram scored a bucket at the horn for a halftime score of 39-34.

The Tigers held on to a 10-point lead until the last minute and a half of the third when Sexton and Miller each scored in the lane to cut it to 57-50 heading into the fourth.

Campbellsville opened the fourth with a 4-0 spurt to go up by 11, their largest lead of the game. Morgan and Jones each hit two-pointers for a 4-0 run for the Phoenix to get it back to a seven-point deficit, but the Tigers answered again to get back up by 11. Jones hit back-to-back shots and Freeman scored in the lane to make it a six-point game with 2:51 to play at 66-60.

Campbellsville scored the next six points and held on to win 76-65.

Cumberland will be back at home this upcoming Tuesday as the Phoenix take on Tennessee Southern before the Thanksgiving break.