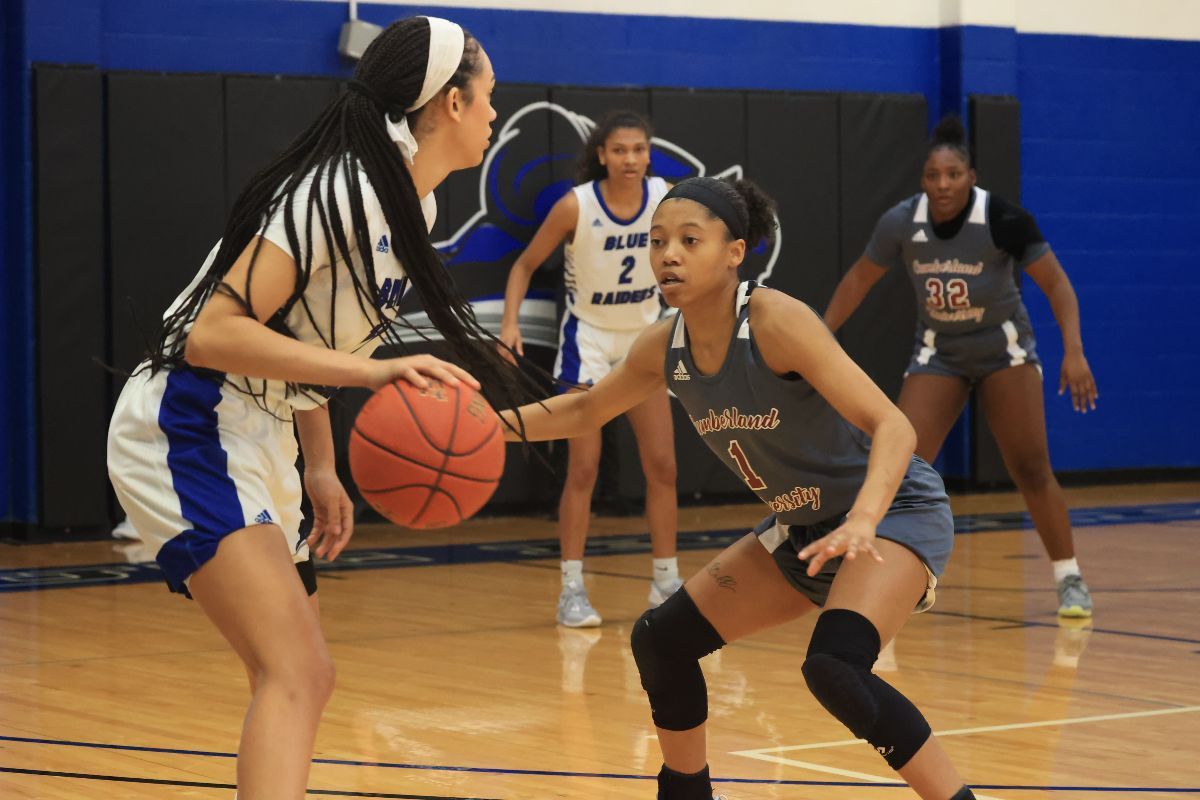 COLUMBIA, Ky.--Cumberland women’s basketball had everything going as the Phoenix took care of Lindsey Wilson on the road at Biggers Sports Center, 76-61.

Cumberland (11-9, 7-8 MSC) played solid defense and shot the ball well in the win. Cumberland knocked down outside shots early to open up the inside where Cumberland scored 46 points in the paint. The Phoenix shot 58.6% from the field.

Keara Sexton had a career-game as she went for 13 points and a career-high 12 assists. The first time a Phoenix has had over 10 assists in a game since Janisha Lindsey in 2017. Four other Phoenix finished in double-figures as Kayla Gordon scored a game-high 15 points. Tierra Davis matched her career-high with 14 points and led the Phoenix in rebounds with seven.

Lindsey Wilson (9-12, 3-12 MSC) shot 39.2% from the field. Down the stretch the Blue Raiders knocked down four threes making the game closer than it was, hitting six in the game.

The first half was back and forth as Cumberland took an early lead with a three from Rongos in the corner. Lindsey Wilson answered and took a timeout with 6:17 and a 5-5 game. Tied at 12-12, Gordon stepped into a three and Morgan banked a three off the glass at the horn to give CU an 18-16 lead after the first. The Phoenix knocked down four triples in the first.

Cumberland really created separation in the second quarter outsourcing Lindsey by six. Morgan buried her third three of the game to start the quarter to put Cumberland up by five. The Phoenix held on to a two-possession lead until the Blue Raiders hit two from the line to make it a three point game. From that point Cumberland went on a 5-0 run to close the half with a 37-29 lead.

Lindsey Wilson scored the first bucket of the half, but Lauren King answered with a three for Cumberland to spark a 6-0 run to put Cumberland up by 12, 43-31. The Blue Raiders answered with a 5-0 run, but Cumberland withstood it and responded right back with a 6-0 run on twos from Davis, Sexton, and Morgan. The Phoenix led 51-40 after three.

Cumberland held on to a double-figure lead throughout the fourth to go on and win 77-63.

The Phoenix return home to the Dallas Floyd Phoenix Arena next Thursday and Saturday to take on Pikeville and Shawnee State. The two games as well as Senior Day against Freed-Hardeman will see a return to WANT FM 98.9.