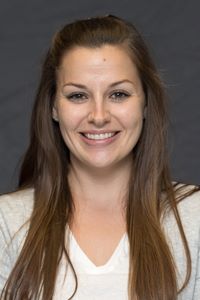 Jennifer Sneed joins the Cumberland women’s basketball staff as a graduate assistant in 2015-16.

The Castalian Springs, Tenn., native spent two years with the girls basketball program at Father Ryan High School in Nashville, Tenn., serving as head coach for the freshman team and assistant coach for the junior varsity and varsity squads for the Irish. She was also a Spanish teacher at Father Ryan during those two years.

She was also a volunteer at the CECAMO Women’s Shelter in León, Nicaragua in 2015, aiding in the training and development of the staff, serving as a translator during staff meetings and organizing class schedules at the shelter, including a book club, crafts and English classes.

Sneed received her bachelor’s in Spanish from the University of Tennessee in 2011 and is currently enrolled in the master’s program for Education at Cumberland.