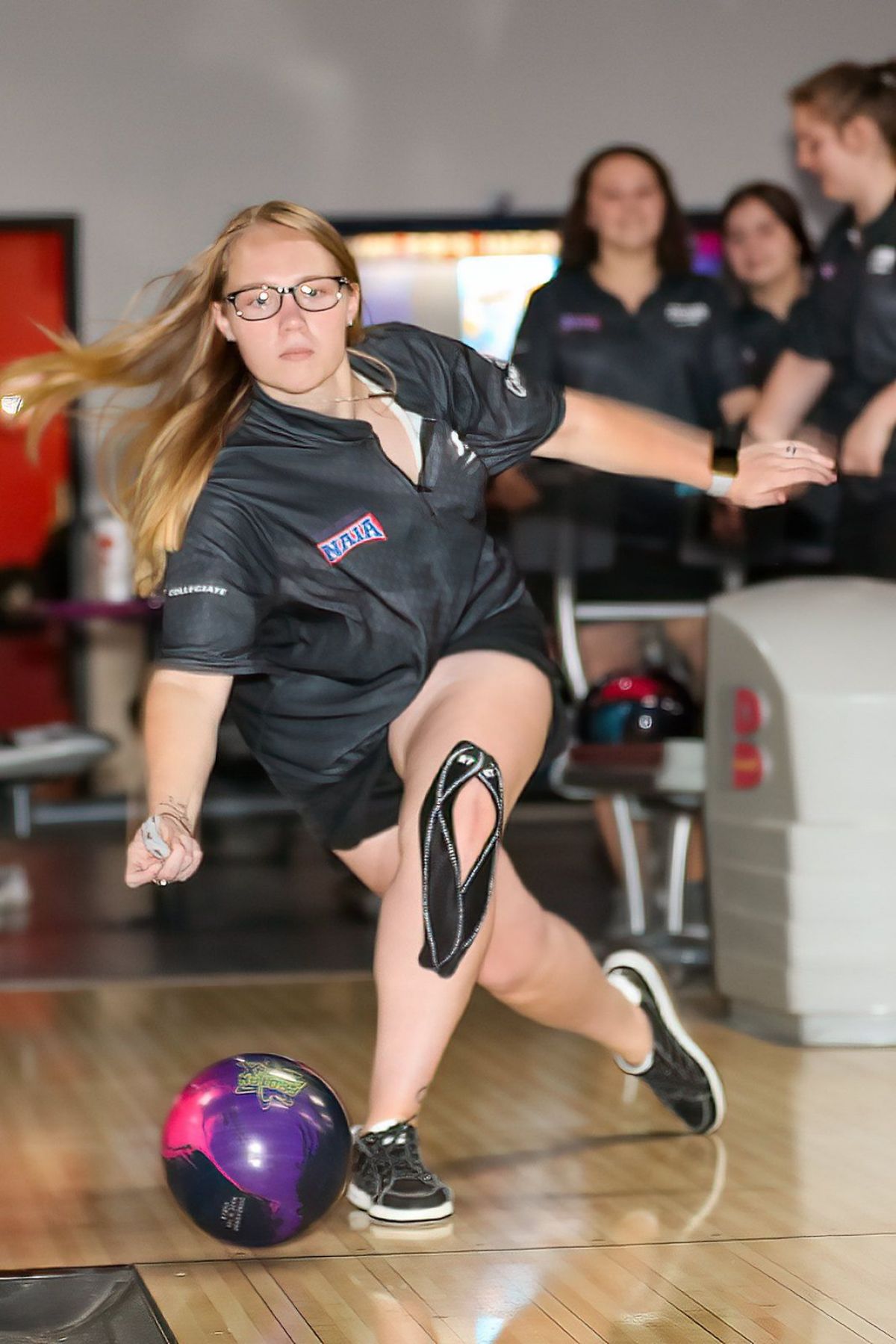 Ali Davis finished 23rd overall at the tournament with a 187 average over the five individual games (Credit: Bob Tamboli)

The one-day tournament was the first-ever, named in memoriam of the late Cumberland bowling coach Lynne Jordan. The tournament consisted of 21 teams competing in 12 baker games and five team games where the bowlers individual scores contributed to the team total.

Cumberland finished 15th out of the 21 teams with a total pinfall of 6109 across the event. St. Francis (Ill.) took first with a total pinfall of 7266 on the day, followed by Webber International in second with a total score of 7114 pins.
Through the five individual games that count total team pinfall, the Phoenix recorded 4313 pins and eclipsed a total game score of 900 once with a 902 in the fourth game.  The team finished with a baker total of 1986 pins across the 12 games

Three Cumberland bowlers finished in the top 50 individually, with Hattie Isham leading the way in 22nd with a 189 average, followed by Ali Davis in 23rd with a 187 average score. Taylor Higgins finished 45th with a 178.6 average across five games of bowling.

Cumberland is back at it again tomorrow in Louisville in the Mid-South Conference Thomas N. Burris Memorial Tournament. The tournament features the same format as Saturday's competition