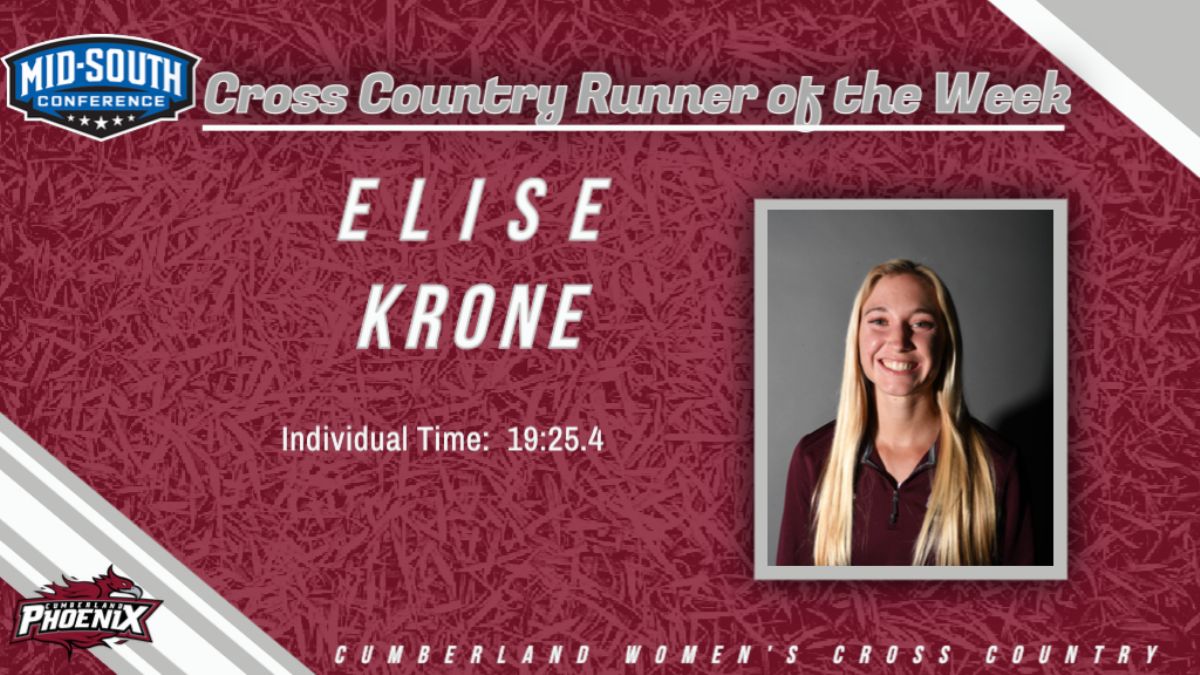 LEBANON, Tenn.--Elise Krone has been selected as the Mid-South Conference Women's Cross Country Runner of the Week, as announced Monday by conference officials.

Krone earns her first runner of the week honor of the season and the second of her career.

Cumberland cross country's next meet is the Ray Bullock Invitational in Upland Indiana on September 17.