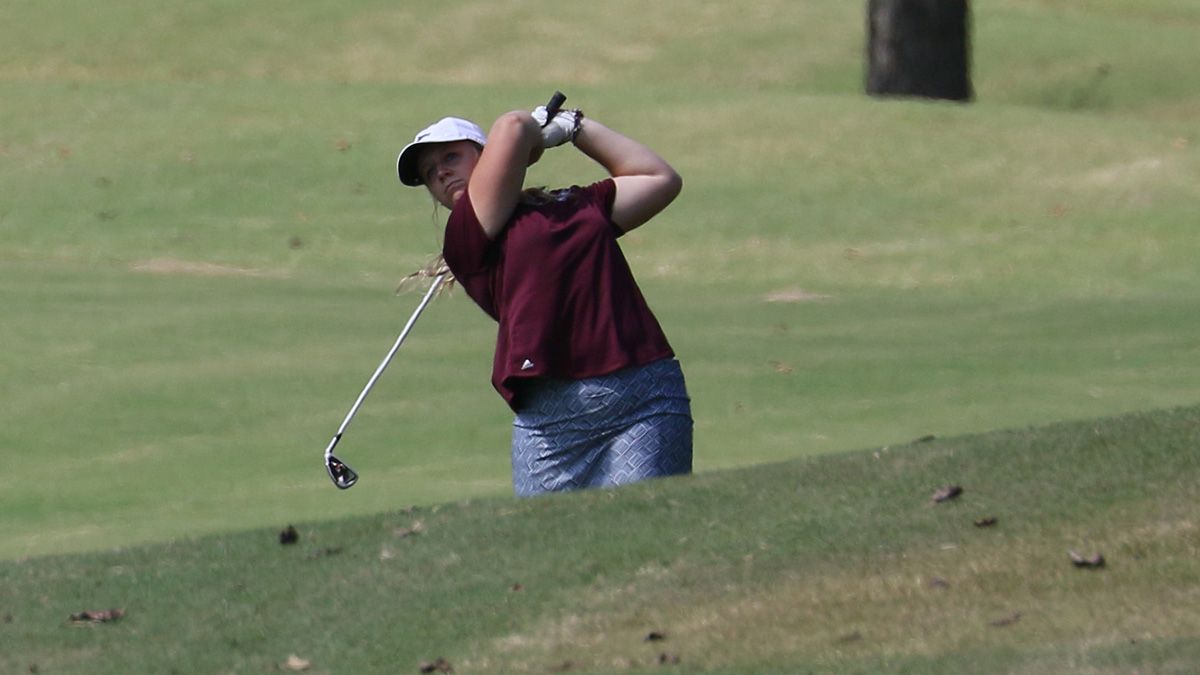 Junior Abbey Burgdorf carded two birdies in her round of 75 on Monday at the Mid-South Fall Invitational. (Credit Steve Wampler)

Burgdorf trails tournament leader Cassidy Scantland from Campbellsville University by five strokes but is just three shots from second place. The Ashland, Ohio, native collected eight consecutive pars to begin her round but ran into trouble on the front nine with five bogeys in a seven-hole stretch. She birdied the par-5 sixth hole and ended her round with a birdie at No. 10 and then two pars.

Juniors Savanna Strode and Morgan Stuckey along with sophomore Delaney Lazenby all carded opening-round scores of 81, tied for 17th overall.

Strode did not have a birdie in her round but registered 10 pars. The Celina, Tenn., native would have shot in the 70’s if not for a double bogey at the par-5 13th hole.

Stuckey started slowly on the back nine with four bogeys and a triple on the par-4 16th, but she rebounded with a birdie at the par-3 fifth along with five pars.

Lazenby began her round with two bogeys and a birdie on the final three holes of the back nine and continued to play well on the front side until a double bogey at No. 6 and a triple at No. 9. She finished with five pars and a bogey for her 81.

Cumberland stands third in the team standings heading into Tuesday’s second round. Campbellsville leads the field by seven shots over the University of the Cumberlands, followed closely by Cumberland, Lindsey Wilson and Freed-Hardeman, with the last three separated by just six strokes.