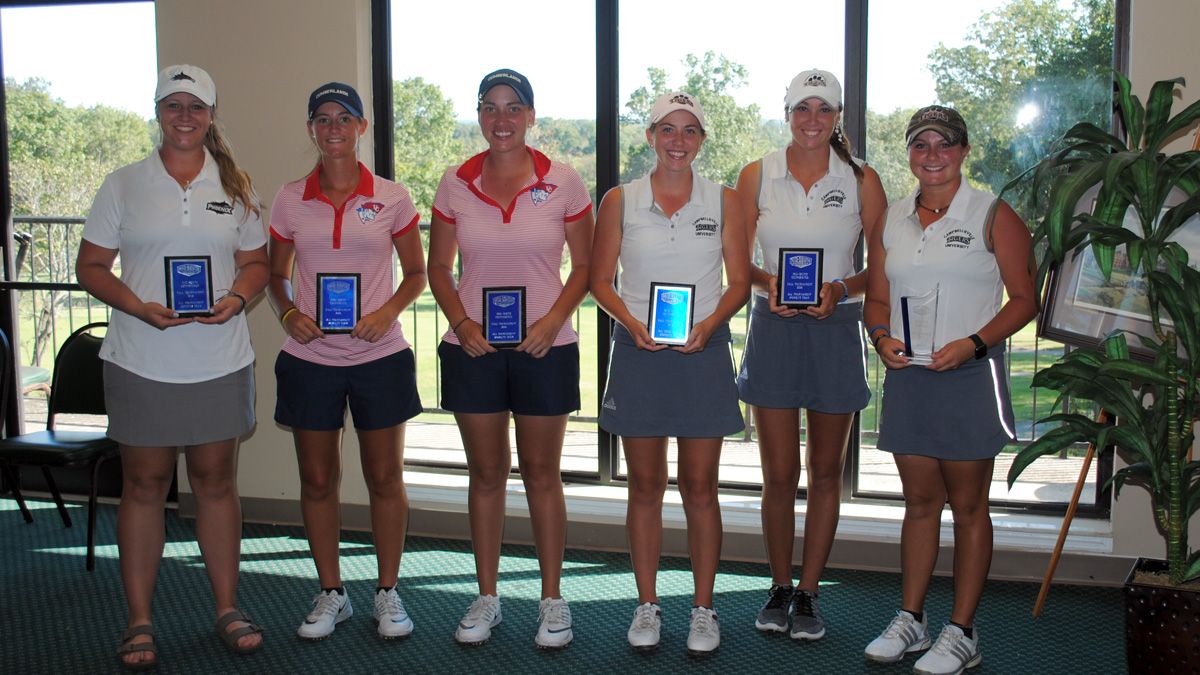 The Ashland, Ohio, native bogeyed her first hole of the day, the par-5 10th, but rebounded with a birdie at the par-3 11th hole. She did the same thing three holes later, bogeying the par-4 14th but coming back with a birdie on another par-3, the 15th hole.

Burgdorf made 10 pars in the final 12 holes, including a sliding 15-footer on her last hole of the round, No. 9, for her three-over 75. She finished six strokes behind Campbellsville University’s Cassidy Scantland and Kaitlin Riley from the University of the Cumberlands.

Junior Savanna Strode posted a second-round score of 79 and placed 18th individually. The Celina, Tenn., native did not have a birdie on the day but also stayed away from big numbers, carding 11 pars and seven bogeys.

Junior Morgan Stuckey got off to a much better start on Tuesday, birdieing No. 10 before five pars and a birdie at the par-4 17th hole put her at one-over at the turn. A triple bogey at No. 3 derailed her round a bit, but the Milan, Tenn., native shot 80 and tied for 19th overall.

Sophomore Delaney Lazenby also played well on the back nine, registering six pars and a birdie at the par-4 16th to turn at plus-two. The Cross Plains, Tenn., native made just two pars on the front nine and carded a final-round 83, tying for 24th.

Sophomore Anna Leigh Cleveland shot two-over on the back nine as well with five pars, two bogeys and a birdie at No. 15, but the Lebanon, Tenn., native found the water at No. 6 and made triple bogey on the par-5. She posted a final-round 85 and tied for 31st individually.

Cumberland held off Lindsey Wilson by two shots for third place in the team standings, behind the University of the Cumberlands and Campbellsville. The Phoenix play again next week at the Unilever Freed-Hardeman Fall Invitational in Covington, Tenn.