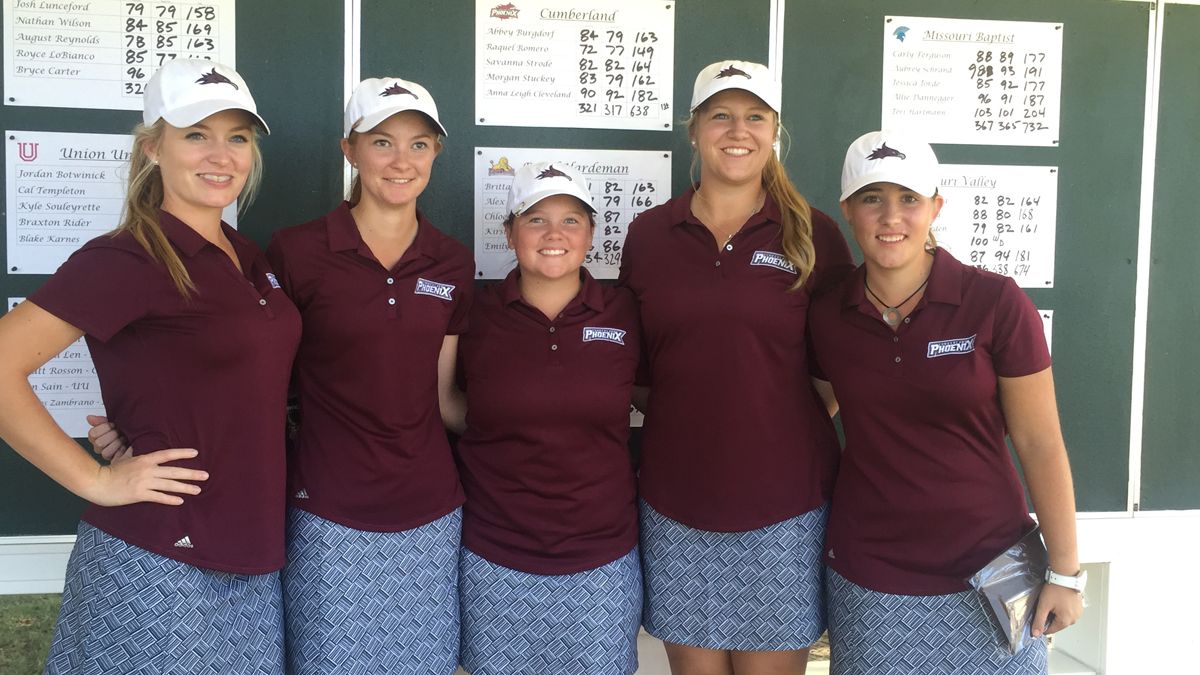 LEBANON, Tenn. – Freshman Raquel Romero Valverde carded a five-over par 77 to win by five strokes, juniors Morgan Stuckey and Abbey Burgdorf both shot 79 and Cumberland won by 25 shots as a team on Tuesday at the Unilever Freed-Hardeman Fall Invitational at Covington Country Club in Covington, Tenn.

Valverde posted the second lowest score of the day with her 77, with Lindenwood-Belleville’s Paula Vega and Union University’s Rilee Taylor each shooting 75. Valverde won the event by five strokes over Vega and finished seven head of Taylor.

Stuckey moved up four spots to place sixth overall with her second-round 79, one of just seven rounds in the 70’s on the day, while Burgdorf tied for seventh thanks for her 79, six places better than after the opening round.

Junior Savanna Strode registered a second straight round of 82, tying for ninth overall, while sophomore Anna Leigh Cleveland finished with a second-round 92 for 25th place.

Cumberland shot 317 as a team on Tuesday, four strokes better than its opening round score, and won by 25 shots over Freed-Hardeman and Union University, the first team victory for the Phoenix since the Union University Invitational on September 29-30, 2014.