Strode leads by one, CU tied for first at Mid-South Invitational 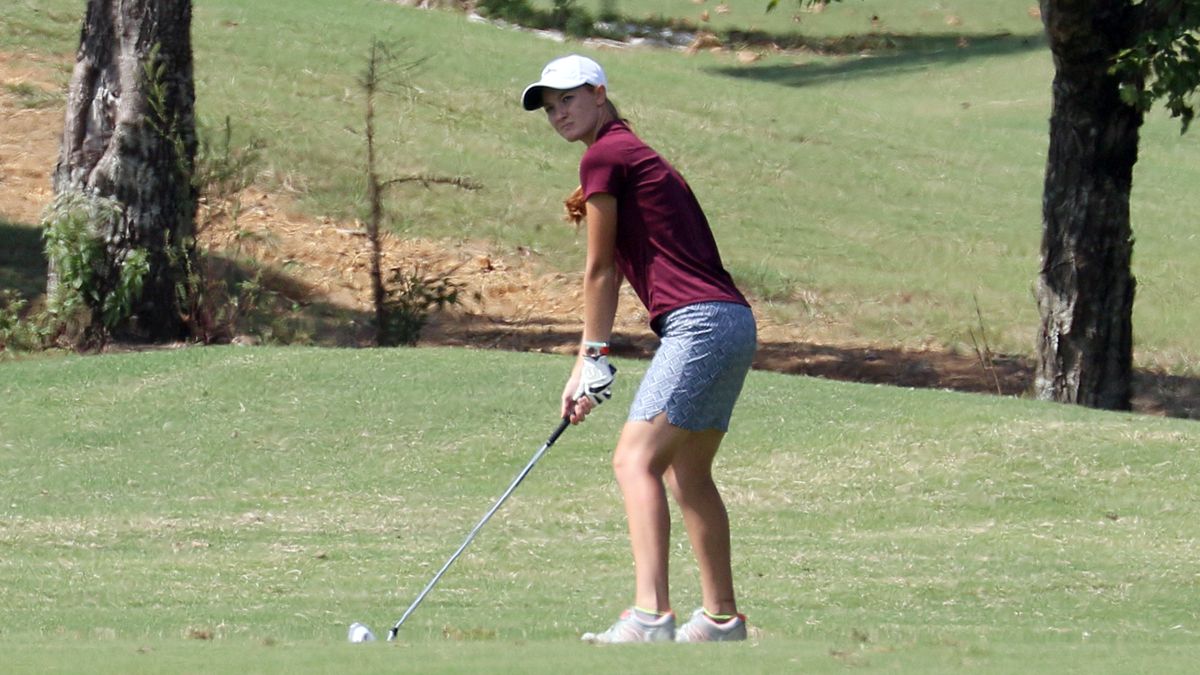 Savanna Strode posted six birdies and shot 75 to lead by a stroke on Monday at the Mid-South Conference Spring Invitational. (Credit Steve Wampler)

LEBANON, Tenn. – Junior Savanna Strode recorded six birdies and holds a one-shot lead after posting a two-over par 75 while Cumberland is tied for the lead as a team on Monday at the Mid-South Conference Spring Invitational at Crooked Creek Golf Club in London, Ky.

The Celina, Tenn., native opened her round with four birdies in the first seven holes but then played the next five holes in five-over par. She finished the round with four pars and a birdie before a double bogey at her final hole, the par-3 11th, kept from her even par on the day. Strode holds a one-stroke advantage over Kaitlyn Riley from the University of the Cumberlands heading into Tuesday’s final round.

Freshman Raquel Romero Valverde carded a first-round 78 with three straight birdies on 15, 16 and 17. She posted eight pars and is tied for fourth overall, three shots behind Strode.

Sophomore Anna Leigh Cleveland shot 91 on Monday and is tied for 26th.

Cumberland and the University of the Cumberlands are tied for the team lead at 319 after the opening round with Lindsey Wilson five shots back.