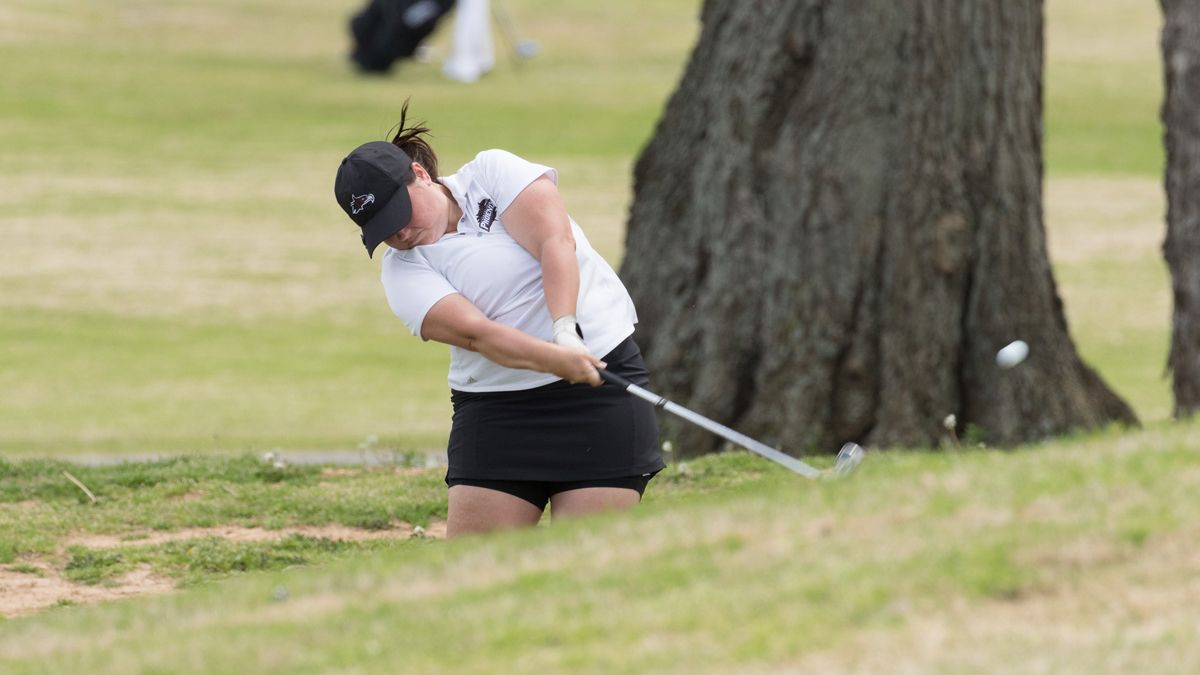 Morgan Stuckey hits out of a bunker during Monday's opening round. She posted a 73 and stands in second place. (Credit Steve Wampler)

MT. JULIET, Tenn. – Junior Morgan Stuckey shot one-over par 73 with a pair of birdies and freshman Raquel Romero Valverde posted three birdies in her round of 74 and the Cumberland women’s golf team holds a one shot lead after the opening round of the Phoenix Invitational on Monday here at Windtree Golf Club.

Cumberland leads by one shot over Trevecca University and stands three ahead of Brenau University heading into Tuesday’s second round.

The women started their round on the back nine and Stuckey made two bogeys and a birdie on her first nine holes. The Milan, Tenn., native was even par on the front side, posting a birdie at the par-3 fifth hole and a bogey at No. 8. She trails the leader, Trevecca’s Alexa Rippy, by four strokes.

Romero Valverde started slowly with a double bogey on the par-5 10th hole and bogeyed No. 15 as well, but the Palafrugell, Spain, native birdied No. 1 and added birdies at holes seven and eight for her three-over round of 74, tied for third overall.

Junior Savanna Strode birdied the par-5 10th hole to start the round but then made a double bogey on 11 before a birdie on the 12th. The Celina, Tenn., native added three more bogeys on her first nine but then collected eight pars and a bogey on the last nine holes for a first-round 78. She stands seventh individually.

Sophomore Anne Leigh Cleveland shot 41 on her first nine with five bogeys and four pars. The Lebanon, Tenn., native birdied the par-5 first hole and finished with an 84, tied for 13th.