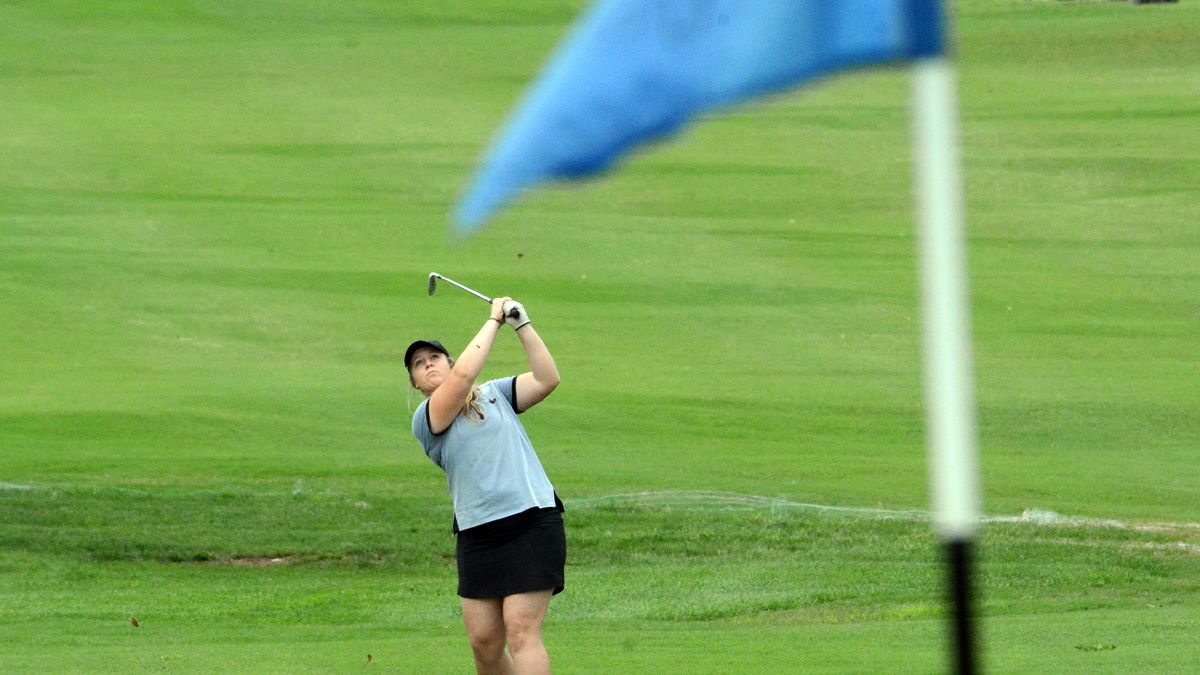 None of the 36 players in the field broke par on a very saturated course, especially off the fairways and greens, after three full days of rain over the weekend. The opening round was delayed two hours this morning to allow the grounds crew time to drain water out of the bunkers and mark other spots on the course covered in water.

Cumberland began its round on the back nine on Monday, with Stuckey recording three pars, a bogey and a one birdie at the par-5 14th on her first five holes, but the Milan, Tenn., native posted a triple bogey at No. 15. She shot 41 on the back nine but registered seven pars and two bogeys on the front side for her seven-over par round of 79, five shots behind Annabeth McKay from the University of the Cumberlands.

Burgdorf got off to a bad start with a double bogey at No. 10 and a triple at the 11th, but the Ashland, Ohio, native righted the ship, playing the final 16 holes at three-over. She made five pars with a bogey and a double on the last seven holes on the back side and collected six pars and two bogeys as well as an eagle, the only one of the day for the field, on the par-5 fifth hole for even par on the front nine. She stands six strokes behind McKay and three shots behind Campbellsville University’s Anna-Marie Hyatt, who is in second place with a first-round 77.

Freshman Raquel Romero Valverde shot 40 on the back nine with six pars, two bogeys and a double. The Palafrugell, Spain, native started the front side with a double as well but then collected three pars, but she ended the round with four bogeys on the last five holes for an 82, tied for ninth.

Junior Savanna Strode carded nine-hole scores of 42-41 with eight pars and nine bogeys. The Celina, Tenn., native stayed away from big numbers in the round but was unable to go more than four holes without a bogey. She is tied for 13th after a first-round 83.

Senior Anna Leigh Cleveland posted a 42 on the back nine after a double bogey on No. 10, but the Lebanon, Tenn., native struggled on the back, registering just one par. She stands 27th after recording an opening 91.

Sophomore Tessa Barto also opened with a double bogey on the 10th and netted only three pars in her round of 92, 27th overall.

Cumberland posted a 324 score as a team, third among the seven teams but just seven strokes behind the Cumberlands and five in back of Campbellsville. The women tee off on hole No. 1 in Tuesday’s second round, with Barto going off at 8 a.m. as an individual and the other five players starting at 9:03 a.m.