Stuckey, Burgdorf shoot 77, both in Top 5 at MSC Championships 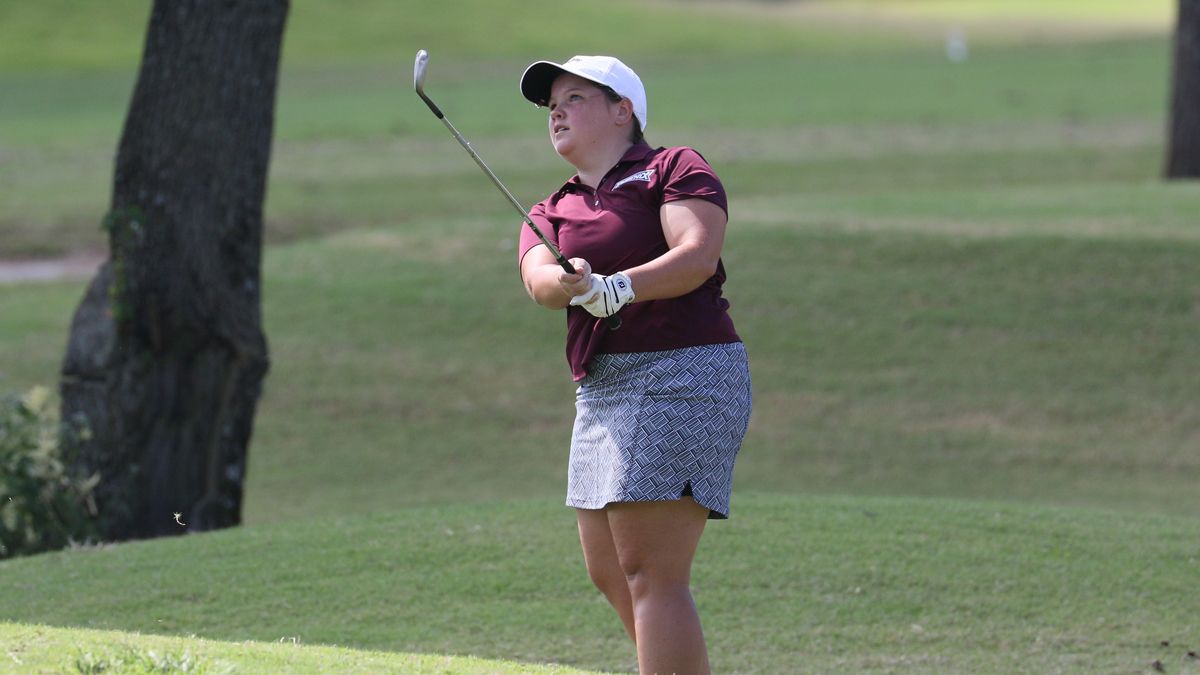 Morgan Stuckey (above) and Abbey Burgdorf each shot 77 in Tuesday's second round of the Mid-South Conference Women’s Golf Championships. (Credit Steve Wampler)

LEBANON, Tenn. – Juniors Morgan Stuckey and Abbey Burgdorf both carded a second-round 77 and stand in the Top 5 after the second round of the Mid-South Conference Women’s Golf Championships here Tuesday at Bowling Green Country Club.

The conference tournament concludes Wednesday, with the first tee time at 8 a.m. Cumberland’s women will tee off beginning at 9 a.m. in the final groups.

Stuckey recorded six pars to begin the round, with the women teeing off on No. 1 on Tuesday. The Milan, Tenn., native made four straight bogeys but collected a birdie at the par-3 11th hole. She had just one hiccup on the day, a double bogey at the par-5 14th hole, but registered four consecutive pars to complete the round.

She stands in fourth place heading into the final round, six strokes behind the leader, Campbellsville University’s Cassidy Scantland, and four in back of Annabeth McKay from the University of the Cumberlands.

Burgdorf posted three bogeys and five pars on the front nine before a double bogey at the par-4 ninth hole. The Ashland, Ohio, native shot even on the back with seven pars, one bogey and her only birdie of the day at the par-4 12th hole for a five-over par 77. She is tied for fifth, just one shot behind Stuckey.

Freshman Raquel Romero Valverde netted nine pars in her round of 84. The Palafrugell, Spain, native was also three-over through eight holes with five pars and three bogeys before a double bogey at the ninth. She added six pars and a bogey on the back and stands in 18th place individually heading into Wednesday’s final round.

Sophomore Anna Leigh Cleveland collected just two pars and four bogeys for a 46 on the first nine, but the Lebanon, Tenn., native shot five-over on the back, including a birdie at the par-3 13th hole. She carded a second-round 87 and is tied for 24th heading into the Wednesday.

Junior Savanna Strode got off to a bad start with a bogey at the first, a triple bogey at No. 2 and a double bogey at the fourth. The Celina, Tenn., native played the next 12 holes in six-over but ended her round with a triple and a double at the final two holes for a second-round 90. She is 23rd individually through two rounds.

Sophomore Tessa Barto started her round with a pair of doubles and two bogeys before playing the final five holes of the front nine in three-over. The Spring Hill, Tenn., native struggled on the back nine, though, posting a second-round 97 for 28th place heading into Wednesday.

Cumberland remained in third place as a team, with the University of the Cumberlands in the lead by 11 strokes over Campbellsville and the Phoenix behind the Tigers. Lindsey Wilson is five behind Cumberland heading into Wednesday’s final round.