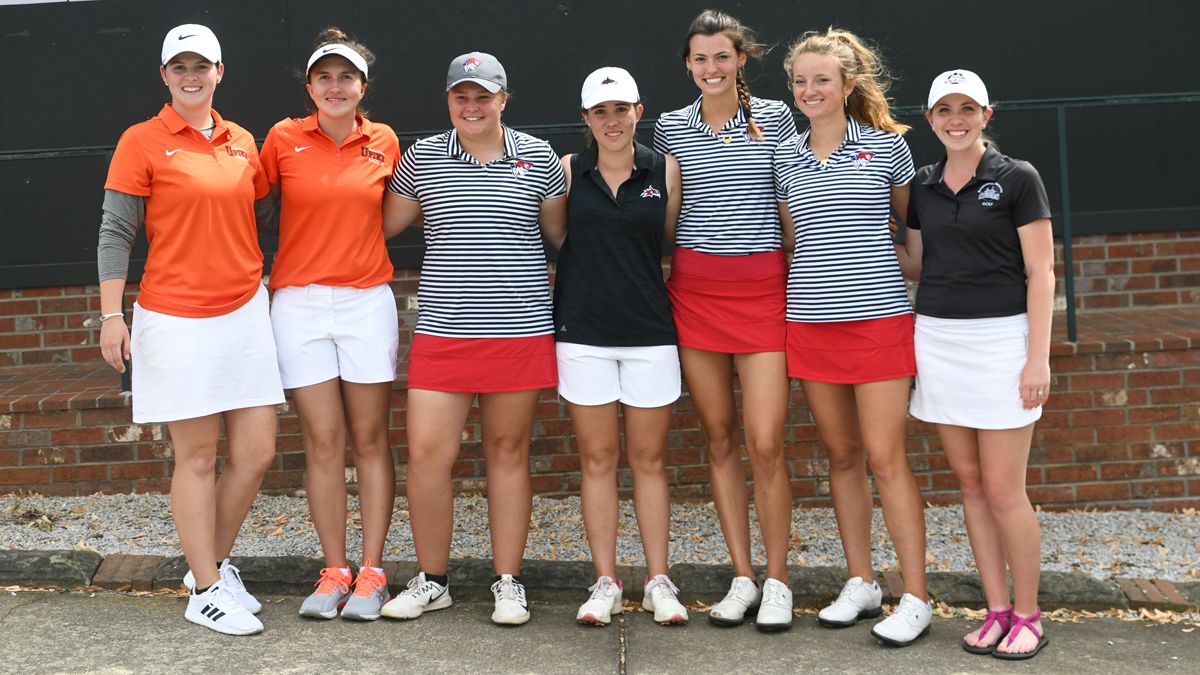 LEBANON, Tenn. – Raquel Romero Valverde carded a final-round 79 on the day in which scores ballooned throughout the field, with the junior tying for third overall and helping Cumberland women’s golf to a third-place finish at the Mid-South Conference Championships on Wednesday at Bowling Green Country Club in Bowling Green, Ky.

Only two players in the field of 33 shot below 76 and just 9-of-33 were below 80 on the final day of the 54-hole conference tournament. Carlee Shoemaker erased a two-shot deficit with a final-round one-over 73 for a two-stroke victory over the University of Pikeville’s Ellen Kehoe. Romero Valverde and Pikeville’s Boo Newsome tied for third, four shots back.

Starting on the back nine, Romero Valverde was even-par through four holes after a bogey at No. 10 and a birdie on the par-3 13th hole. She made four bogeys in five holes to make the turn at 40 before netting three pars, a bogey and another birdie at No. 5. The Palafrugell, Spain, native ended the round with three bogeys in four holes for the seven-over 79.

Pilar Scenna collected three pars and six bogeys on the back nine and added five pars on the front, but the Marbella, Spain, native posted a triple bogey on No. 6, tying for 12th overall with a three-day total of 247.

Spivey struggled on the back nine with eight bogeys and a par, but the Murfreesboro, Tenn., native fared much better on the front, starting with her only birdie of the day at No. 1. She recorded a 40 on the front nine and also tied for 12th individually at 247.

Senior Anna Leigh Cleveland carded a final-round 85, starting the round with three straight bogeys before a birdie at No. 14. She was just three-over on the back nine through eight holes but collected a double bogey at No. 18 and another at the first. The Lebanon native added four pars on the front nine bur tallied two more doubles, placing 22nd overall at with a 54-hole total of 255.

Junior Ana Laura Pages Preuss birdied No. 11 but registered three double bogeys on the back nine for a 43 at the turn. The Mallorca, Spain, native shot 45 on the front side with just one par, finishing with an 88 for 21st place at 251.

Freshman Maggie Anderson also carded an 88 in the final round, netting two pars on each nine and a birdie at No. 1. The Lebanon native finished 23rd individually with a three-day total of 257.

Cumberland tied for third as a team with Lindsey Wilson, dropping 13 shots from its second-round total for a 54-hole score of 973. The University of the Cumberlands won the event followed by Pikeville.