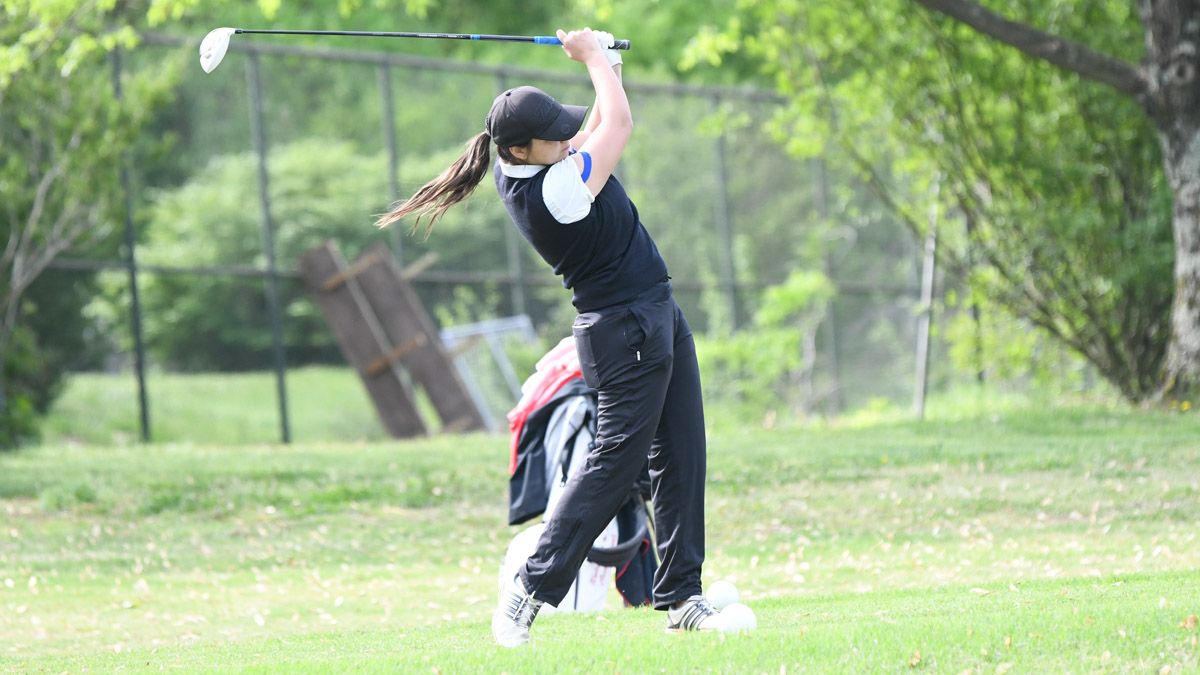 Ana Laura Pages Preuss carded a one-under 71 and is tied for fourrth heading into the final round of the NAIA Championships. (Credit Anthony Latessa, Mid-South Conference)

Cumberland tied for the second lowest round of the day as a team with a 296, with all five players shooting 77 or better for the Phoenix on the West Course at Lincoln Park Golf Club.

Pages Preuss continued her ascent up the leaderboard despite a bad break late in the round, posting a one-under 71 that included two birdies, an eagle and 13 pars. The Mallorca, Spain, native birdied holes two and five and made a bogey at nine for one-under on the front side.

She drove the green on the par-4 11th hole and made a 12-foot putt for eagle, improving to three-under, before adding four more pars to the scorecard. Pages Preuss’ approach shot at No. 16 got stuck in a tree, causing an unplayable lie penalty that led to a double bogey seven and her one-under round of 71. She is tied for fourth heading into Friday’s final round, only four shots back of the leader, Kieser University’s Michela Tjan.

Pilar Scenna scorched the front nine as well with two birdies and an eagle at the par-5 fifth hole along with one bogey for three-under at the turn. The Marbella, Spain, native made five pars and four bogeys on the back nine for her one-under 73. She is tied for 33rd individually but just three stokes from the Top 20.

Senior Anna Leigh Cleveland played well for the second straight day, recording a four-over 76 despite bogeys on her final two holes. The Lebanon native collected two bogeys to start the day as well but added birdies on holes four and 13 as well as 10 pars for a three-day total of 245.

Junior Raquel Romero Valverde posted a four-over par 76 on Thursday that also featured four bogeys over the last six holes. The Palafrugell, Spain, native netted bogeys on holes one and nine but she registered six pars and a birdie at No. 5.

Romero Valverde added a birdie at 11 to reach even par for the day before faltering down the stretch but still improved her score by three strokes from Wednesday. She is tied for 56th with a three-day score of 231.

Senior Kelsey Spivey got off to a rough start with a double bogey at No. 1 followed by two bogeys, but the Murfreesboro, Tenn., native shot one-over for the remaining 15 holes. She birdied holes six and seven and added another birdie on 14, finishing with a five-over 77 for a 54-hole total of 235.

Cumberland trails overall leader University of British Columbia by 21 strokes but the Phoenix moved up one spot in the team standings on Thursday with a three-day total of 905, one stroke behind Dalton State College, Loyola University and the University of the Cumberlands and three back of Oklahoma City University entering Friday’s final round.