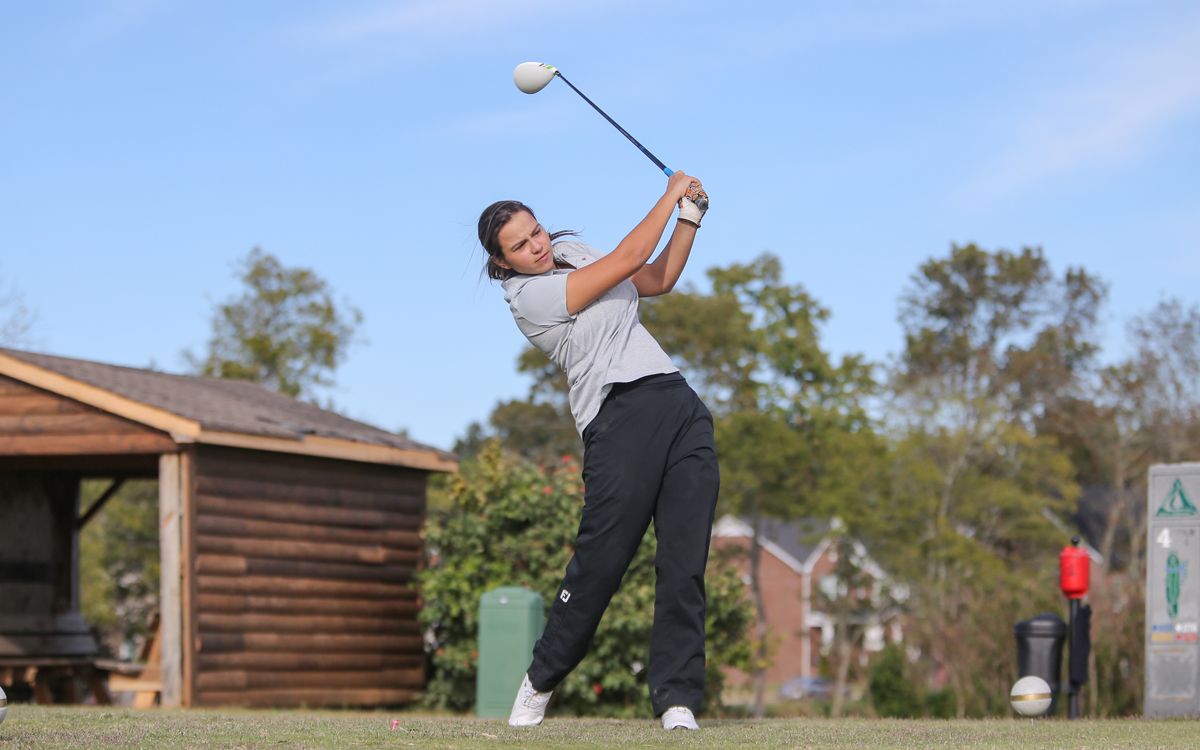 COHUTTA, Ga.--Cumberland carded the best round of the day, 308, to move up two more spots on the leaderboard, leaving the Roadrunner Classic in a tie for fifth.

The Phoenix shot a 95-over, 959, for the tournament, tying with 11th-ranked Loyola (N.O.) and 22nd-ranked Southeastern. No. 7 Dalton State won the tournament, overtaking fourth-ranked Cumberlands (Ky.) on the final day, finishing with a 917. Outside of the top two, every other team struggled over the tournament due to tough pin locations and difficult greens, but the Phoenix improved every day.

Senior Ana Laura Pages Preuss made a huge move on the final day, jumping 16 individual leaderboard spots into a tie for 16th off the back of a one-over, 73. Pages Preuss started her day on 15 and sat at three-under after her first 12 holes, birdying two, four, and seven. Her only holes of worse than par golf came on four of the final six holes. Her 73 tied for the best card of the day and only two players turned in cards with better scores over the course of the tournament.

Raquel Romero Valverde teed off on hole 14 today, moving up seven spots to a tie for 20th with a five-over, 77. The senior started her day with a bogey and double bogey, but pulled things back under control with 10 straight pars. She ended her day on a high note, sinking a birdie putt on the final hole.

Second year player Maria Pilar Scenna posted her first sub-80 round of the Roadrunner Classic with a final day 78, moving up into a tie for 30th. Pilar Scenna cut down on the bogeys and double bogeys, carding only five and one on the day, respectively. Her lone birdie came on 13 to get her back to eight-over-par.

Tilde Rolandsson maintained her position on the leaderboard at a tie for 24th with an 80. The freshman had a rough start to the day, earning a triple bogey on 13 and bogeys on the next two holes, but rebounded pretty well through the rest of her day, parring 12 of the remaining holes.

Ida Lihufvudh rounded out the list of Cumberland golfers, finishing the tournament 40th with a final day 83. The freshman sat at even-par through four after a birdie on two, but bogies on 10 of the remaining holes brought her down to her final score.

Cumberland takes part in one more Fall tournament, the Metro Parks/ Town and Country Invitational, next week, before taking time a break until the Spring.