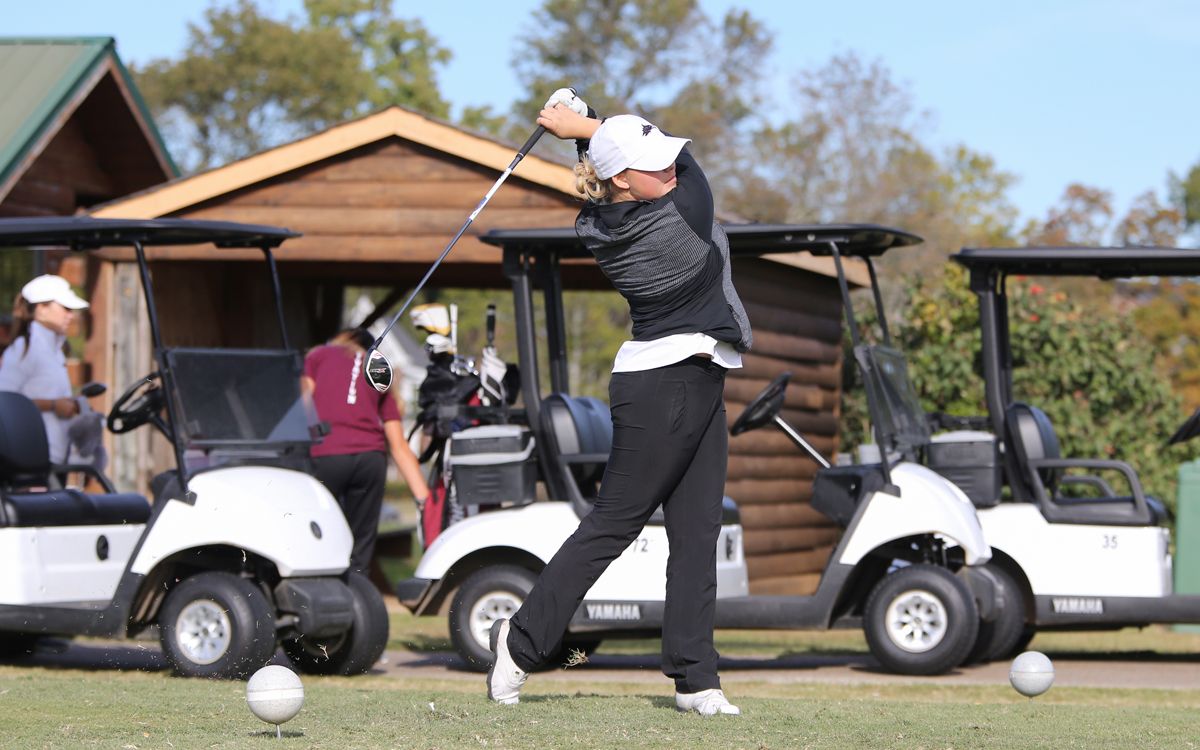 NASHVILLE, Tenn.-- The Phoenix carded a strong round on the opening day of their final tournament of 2019, placing third with an 11-over, 291, amongst a group entirely composed of NCAA D1 schools at the Town and Country Invitational today.

Tilde Rolandsson continued her excellent freshman debut, tying for first on the individual leaderboards with a one-under-par day. Two bogies on the front nine had her sitting at two-over heading into what turned out to be a flawlessly played back nine. Rolandsson nailed her birdie putts on 12, 14, and 17, without putting up a single over-par hole to finish the day.

Ana Laura Pages Preuss was a steady presence on the golf course despite the crisp, foggy conditions. She carded three bogeys on the front nine and a birdie on the par four sixth for a two-over, and then followed that up with only two bogeys and another birdie on the back nine. Her three-over finish placed her in a tie for 15th, individually.

Maria Pilar Scenna led all Cumberland golfers in pars for the first round, amassing 14 of them. The sophomore only bogeyed four holes and they all came on the front nine-- 3, 4, 6, and 7. Scenna finished one stroke behind Pages Preuss, tying for 20th.

Ida Lihufvudh matched fellow freshman Rolandsson for the team lead in birdies with three of her own. Birdies on 3 and 5 to offset her three front nine bogeys had her sitting at one-over at the turn. Another birdie on 13 pushed her to even, but a rough close to the day including a double bogey on her final hole saw her fall to a tie for 26th at five-over.

Senior Raquel Romero Valverde had a bit of an up and down day, finishing at seven-over for a tie at 34th. She had a birdie on 5 on the front nine and 13 on the back to sit at three-over through 13, but double bogeyed 14 and 16 for her final score.

Maggie Anderson participated individually, ranking 48th with a 16-over, 86. Anderson earned five pars on the day.

Cumberland starts its final round before the Spring season tomorrow morning at McCabe Golf Course, looking to inch further up the leaderboard.