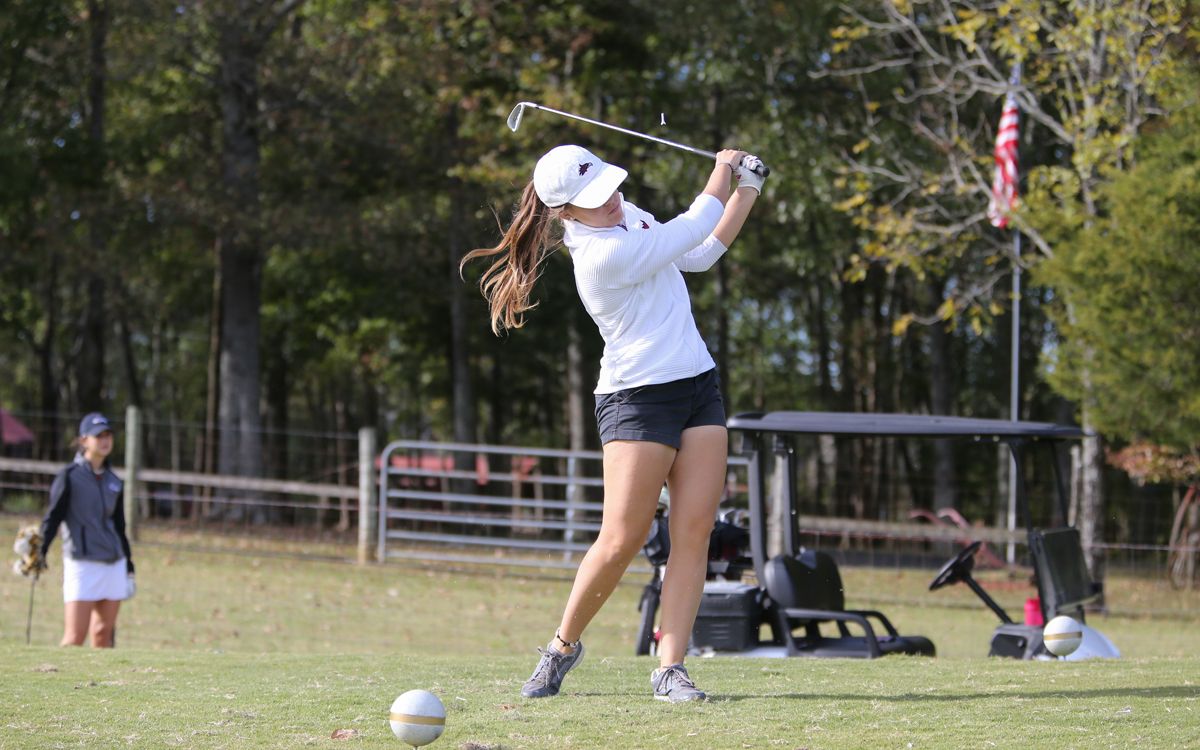 NASHVILLE, Tenn.--Cumberland slipped two spots on the final day of the Town and Country Invitational at McCabe Golf Course, carding an 18-over, 298, to finish the tournament with a 589.

Tilde Rolandsson fell five spots to number six after being tied for the lead going into day two. Rolandsson shot a six over par, 76. She played very well on the front nine recording eight pars and only one bogey on Hole 5, a 352 yard par 4. The back nine is where Rolandsson struggled, collecting one birdie, four pars, three bogeys, and a triple bogey on 18 to end her day.

The Phoenix’s other freshman, Ida Lihufvudh, had a strong day, moving up six places into a tie for 20th. The freshman collected a whopping 14 pars on the day, her only bogeys coming on 4, 8, 10, and 15. Her four-over day had her finish the tournament with a 149.

Maria Pilar Scenna managed to up her team leading 14 pars from the first day, compiling 16 in round two. Scenna was even through the first five holes until she had her first over-par hole of the round on 6 with a double bogey. From that point the sophomore earned 9 straight pars before an untimely triple-bogey on 16. She finished the tournament at nine-over to tie with Lihufvudh for 20th.

After a shaky day one, Raquel Romero Valverde put together a much better second round to move up six places into 28th. She led all Cumberland golfers on the second round, shooting a 73. Three of the four bogeys she shot on the round came on three straight holes to end the front nine. A birdie on the par five hole 11 helped her move back to two-over before one more bogey on 14.

Ana Laura Pages Preuss started her day with a solid two-over for the front nine, birdying the short par four hole 7. The senior struggled on the back nine, recording three double bogeys to help push her down into a tie for 29th off a 79.

Playing the tournament individually, Maggie Anderson improved over her first day score with a day two 84. She finished the tournament 48th with a 170.

This was the last tournament of the fall for the Phoenix, they will be back in action for the main portion of their season in the Spring.