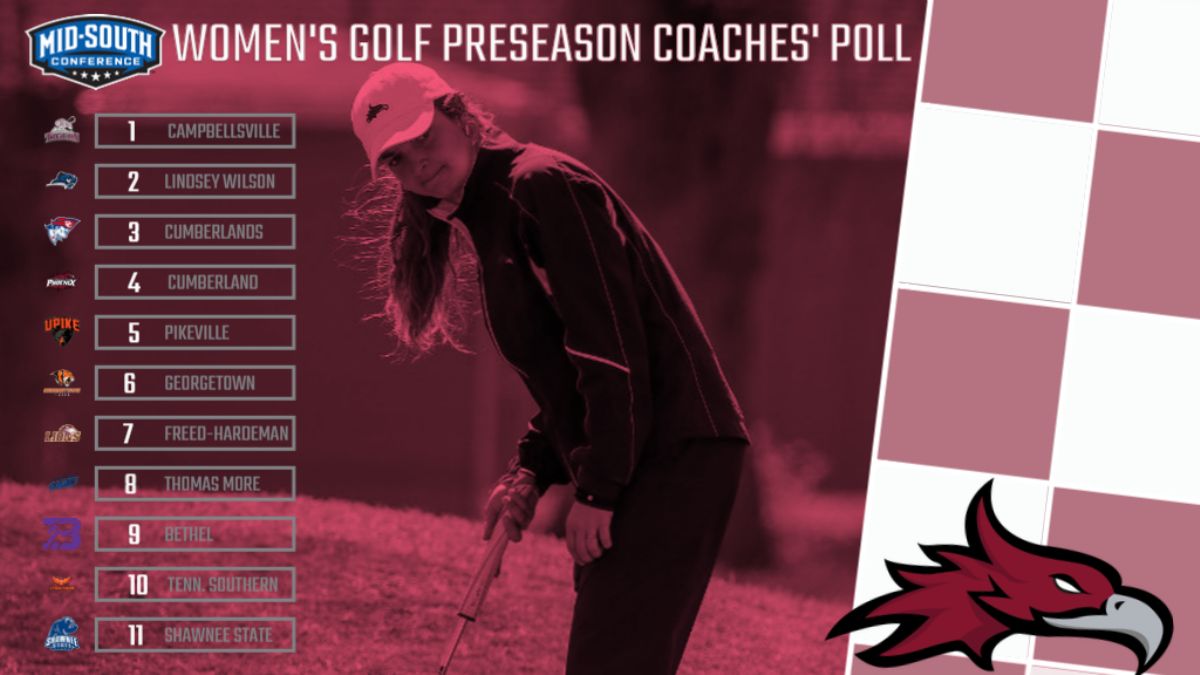 Cumberlands comes in third with 85 points and four first-place votes following last season, where the Patriots captured both the MSC regular season and tournament titles.

The Phoenix sit fourth with 77 points and the final two first-place votes. Pikeville comes in fifth with 57 points, while Georgetown is sixth with 49 points.

Freed-Hardeman is ranked seventh with 43 points, Thomas More is eighth with 39, and Bethel is ninth with 25.

Tennessee Southern and Shawnee State round out the poll with 24 and 23 points, respectively.

Coaches were not allowed to vote for their own team.