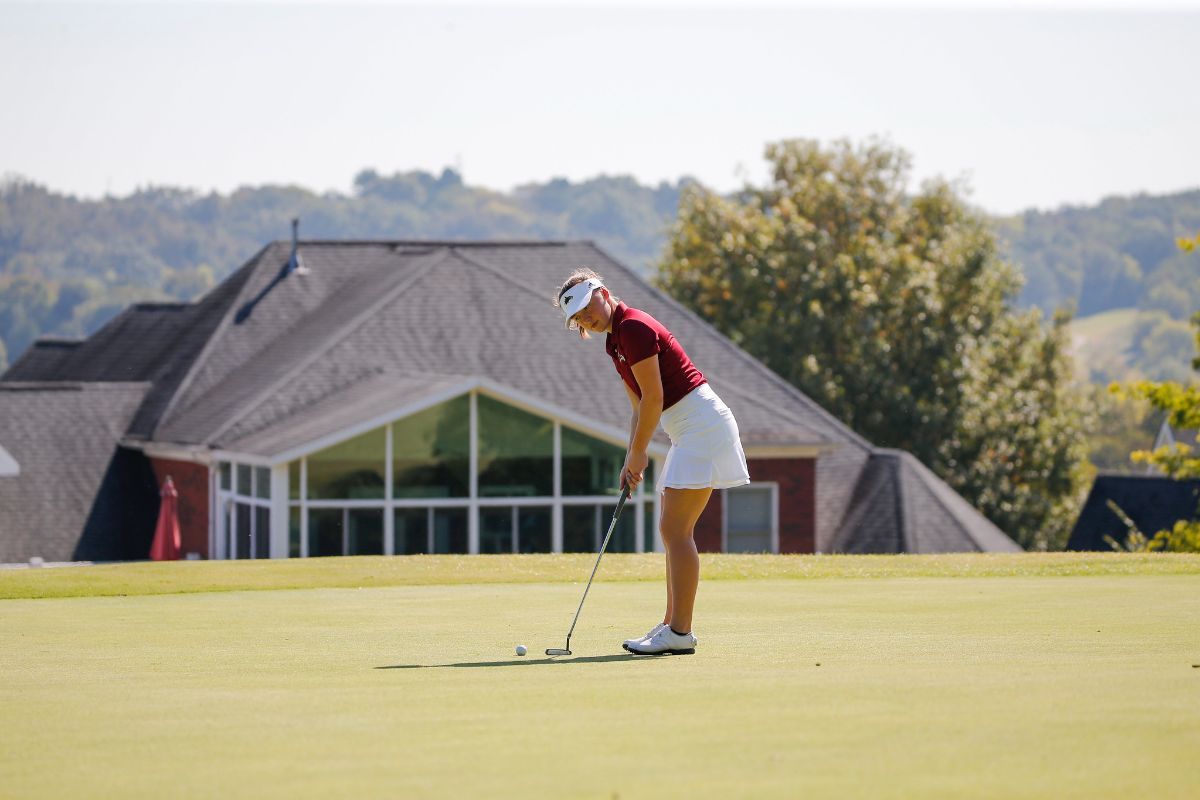 Emma Hermansson is tied for the lead at the Music City Invitational after posting a 75 in the first round (Credit: Bob Tamboli).

GOODLETTSVILLE, Tenn.-- Cumberland women's golf holds a one-stroke lead over the University of Northwestern Ohio after the first round of competition at the Music City Invitational.

Leading the way for the Phoenix was sophomore Emma Hermansson, who shot a 75 in the first round. The score puts her in a tie for first with Zoe Wuermli of Northwestern Ohio.

Nathalie Nutu, who took home first place in the tournament individually last season, sits third overall with a score of 76.

Jasmine Sachdev, who is competing in her first collegiate tournament, finished the round with an 83.

Competing as an individual was Ida Furuheim. She ended the first round with an 87.

Cumberland tees off for the final round tomorrow at 9 a.m at Twelve Stones Golf Club.