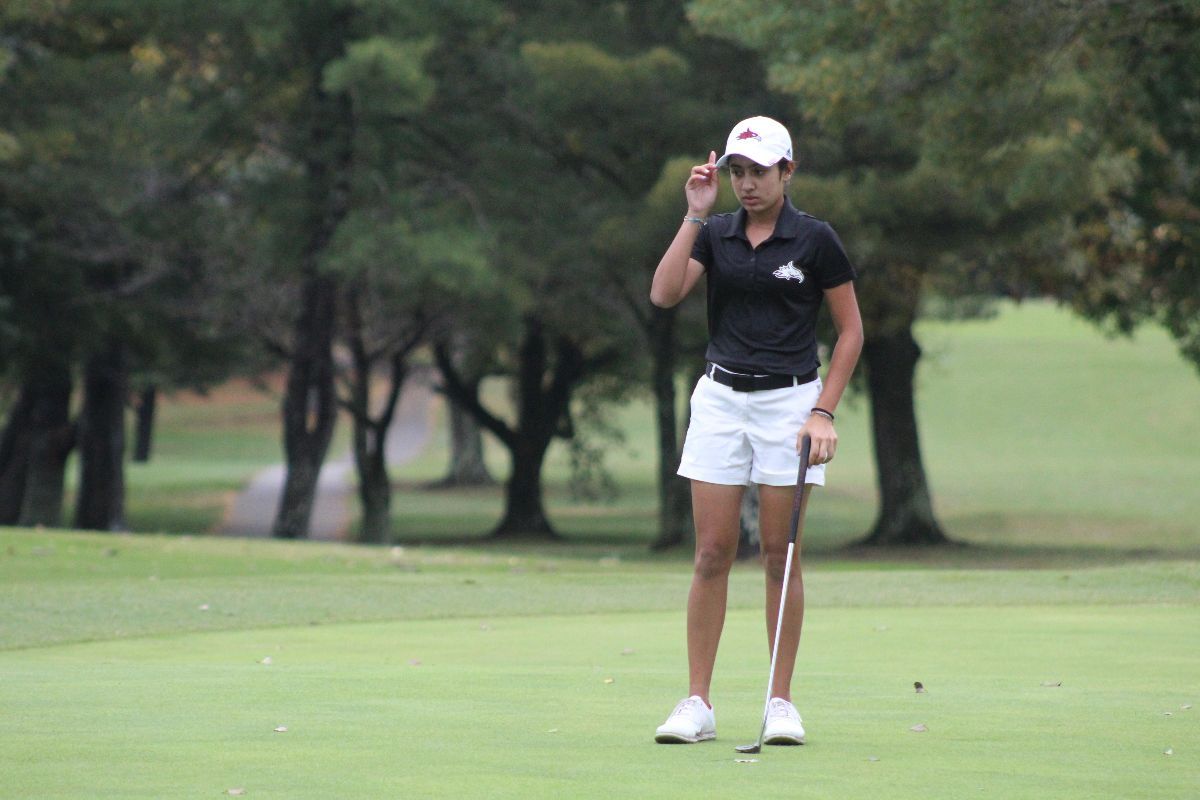 Jasmine Sachdev marking a ball on the green at the MSC Fall Preview. (Credit: Anthony Latessa)

BOWLING GREEN, Ky.--Fighting the rain and wind all day at the Mid-South Conference Fall Preview, Cumberland comes out in third after the first 36 holes Monday at Bowling Green Country Club.

Campbellsville is in first after two rounds. Lindsey Wilson is just two strokes behind the Tigers and the Phoenix six-strokes back on the lead. The three groups will be in the final pairing tomorrow to close the tournament. University of the Cumberlands is four shots behind Cumberland and Pikeville rounds out the Top-5.

Nathalie Nutu sits in fourth place as she played steady all day. Nutu carded a 78 in the first round and a 79 in the second. She trails Malene Clausen from Lindsey Wilson by nine shots.

Emma Hermansson struggled in the first round shooting an 84 but bounced back in the second 18-holes to shoot the lowest score of the day from a Phoenix with a three-over 75. Hermansson stormed up the leaderboard to tie for seventh.

Jasmine Sachdev matched Nutu in the first round carding a six-over 78 for the lowest first round score for Cumberland. She finished the day with an 84 and is just outside the Top-10 in a tie for 11th.

Anna Krieger posted a 164 on day one. She shot an 84 in the first round and improved four strokes in the second round for an 80. Krieger is in a tie for 15th place.