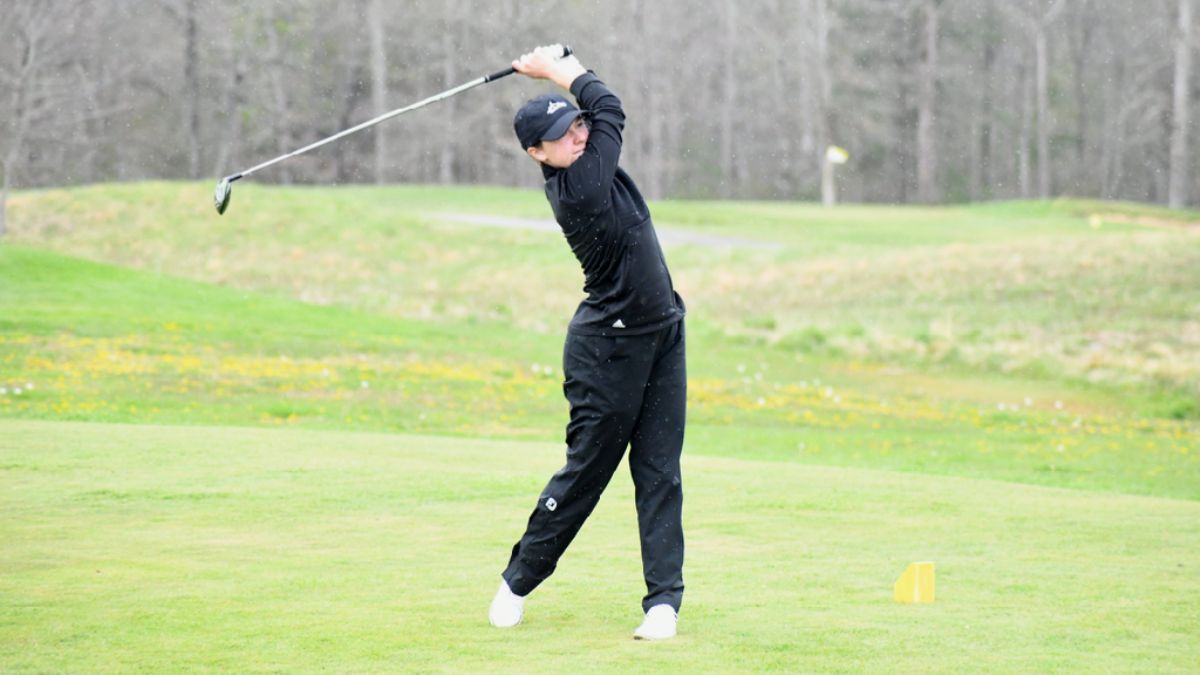 The field was slowed down on day two after playing just two holes. The rain suspended play for four and half hours before the golf resumed.

Campbellsville held onto the top sport winning the tournament and taking home the Mid-South Conference Regular Season Championship. The University of the Cumberlands finished in second place and Lindsey Wilson dropped a spot to finish in third. Cumberland held on to fourth place after posting their highest-score of the season with a 342.

Hermansson continued her stellar play to finish at the individual runner-up at the tournament. She shot a five-over-par 77 in the final round to finish with 229 strokes, just one behind Connor Geralds from Campbellsville, the individual medalist. Hermansson started on hole No. 2 and played her first nine holes six-over-par before collecting herself to shoot eight straight pars and finish on No. 1 with a birdie.

Nutu started the day tied for first with Hermansson, but shot a seven-over 77 to drop to fourth place. Nutu finished the tournament with 231 total shots. In her third round today, she played the front-nine six-over with four bogeys and one double bogey and played the back one-over with just one bogey on Hole No. 14.

Anna Krieger and Ida Furuheim each shot a 93 in the final round. Krieger finished tied for 31st and Furuheim finished in 40th.

This wraps up the regular-season for the Cumberland Women's Golf team. They will partake in the Mid-South Conference Championships at Bowling Green Country Club on May 2-3.