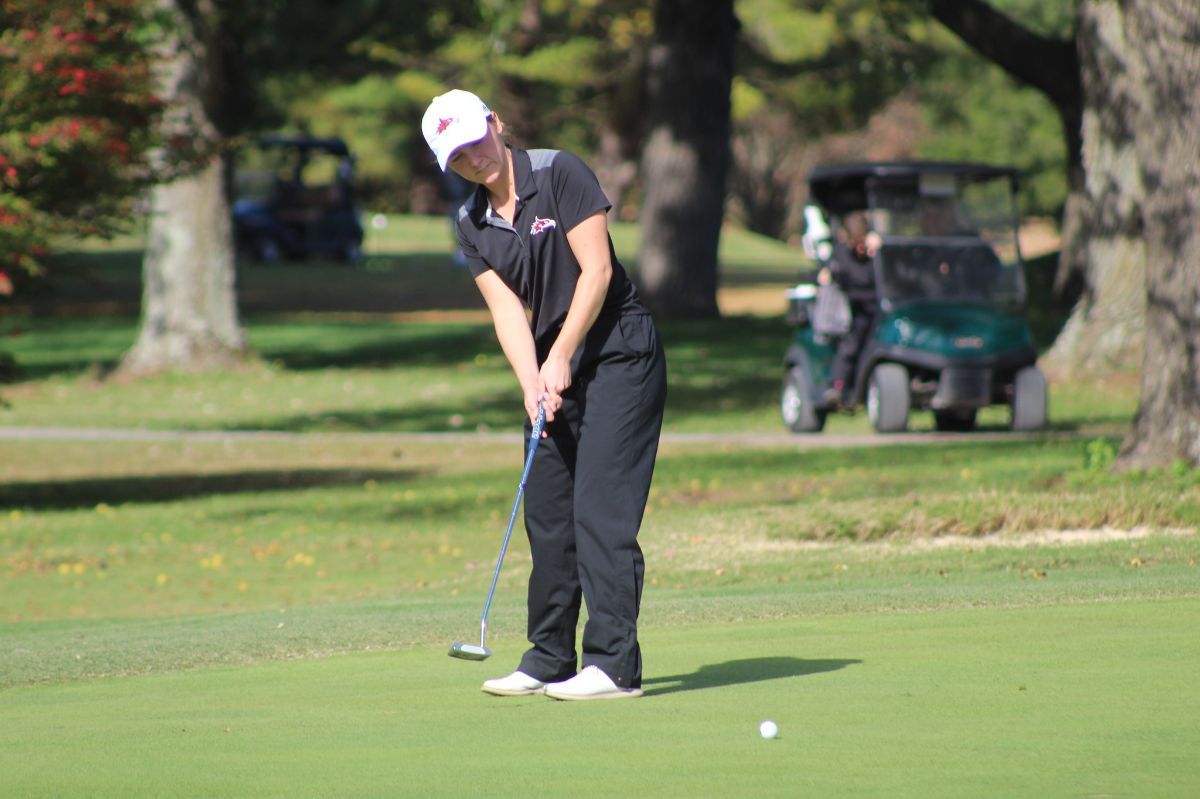 BOWLING GREEN, Ky.-- Cumberland women's golf sits in third place at the Mid-South Conference Championship two strokes back of the lead after two rounds of golf. Emma Hermansson has a three-stroke lead on Maria Neira for first place individually in the tournament.

Campebellsville University and Lindsey Wilson College are tied for first after the first day of golf as both teams shot a score of 608 through two rounds. Just two strokes back is the Phoenix at 610. The University of the Cumberlands is 11 strokes behind Cumberland and Freed-Hardeman University is behind them in fifth place.

Emma Hermansson had a strong start to her day leading after the first round. She fired a very steady even-par 72 with 16 pars, two bogeys, and an eagle. Emma holed out on hole No. 4 a 350-yard par-4 for the two.  Hermansson shot one stroke higher with a 73 in the second round posting four birdies and five bogeys.

Nathalie Nutu is in a tie for fifth place after carding a 79 in the first round and a 72 in the second round. Nutu posted three bogeys and two doubles for a seven-over 79. In the second round, Nutu tallied four birdies, two bogeys, and a double bogey.

Anna Krieger sits in a tie for eighth place after firing a 154 in two rounds. She started on hole no. 2 and started her day par-bogey before firing a birdie on No. 4, No. 7, and No. 9. She finished the first round with a four-over-par 74.  In the second round, she put forth a 78 with a 37 on the front nine and a 41 on the back nine.

Jasmine Sachdev is tied for 25th place. She shot an 83 in the first round with one birdie, seven bogeys, one double, and one triple. In the second 18-holes, she put together an 81 with a 44 on the front nine and one ver on the back nine.