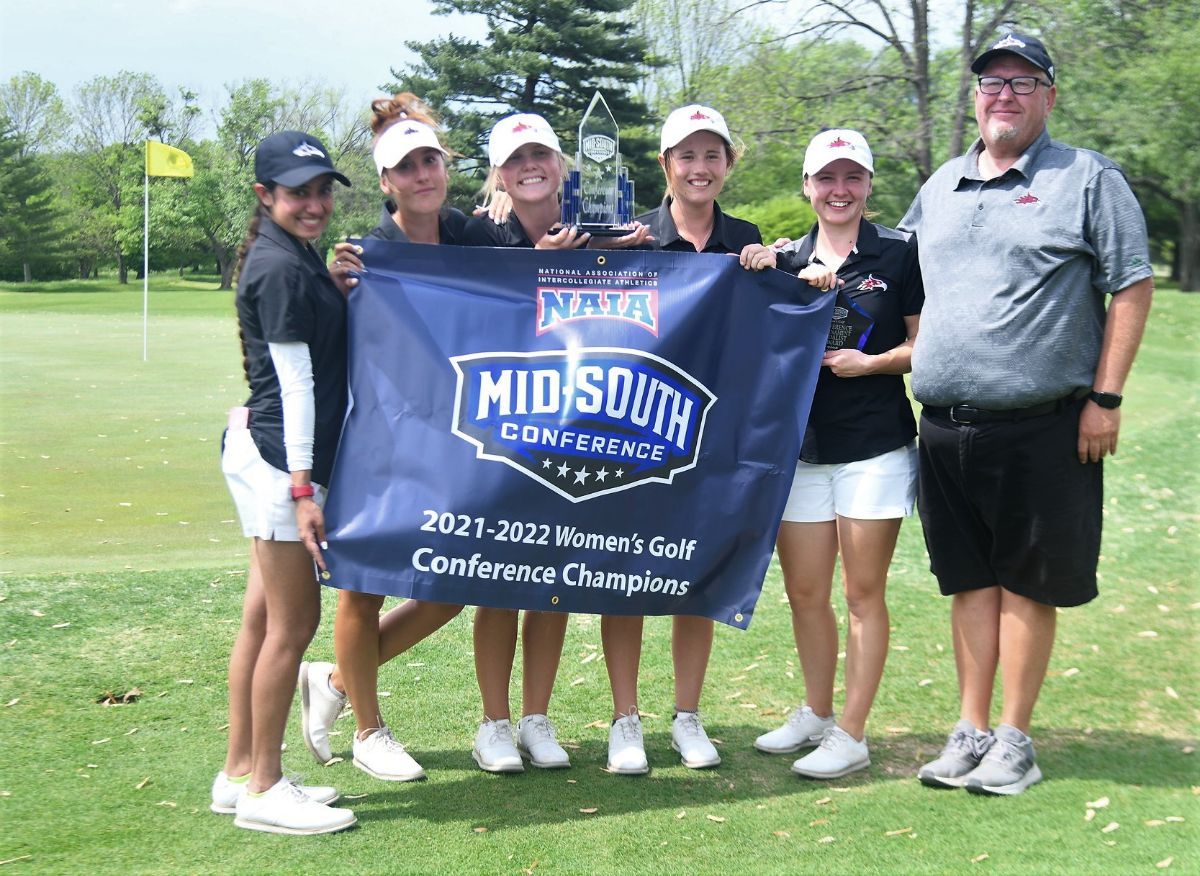 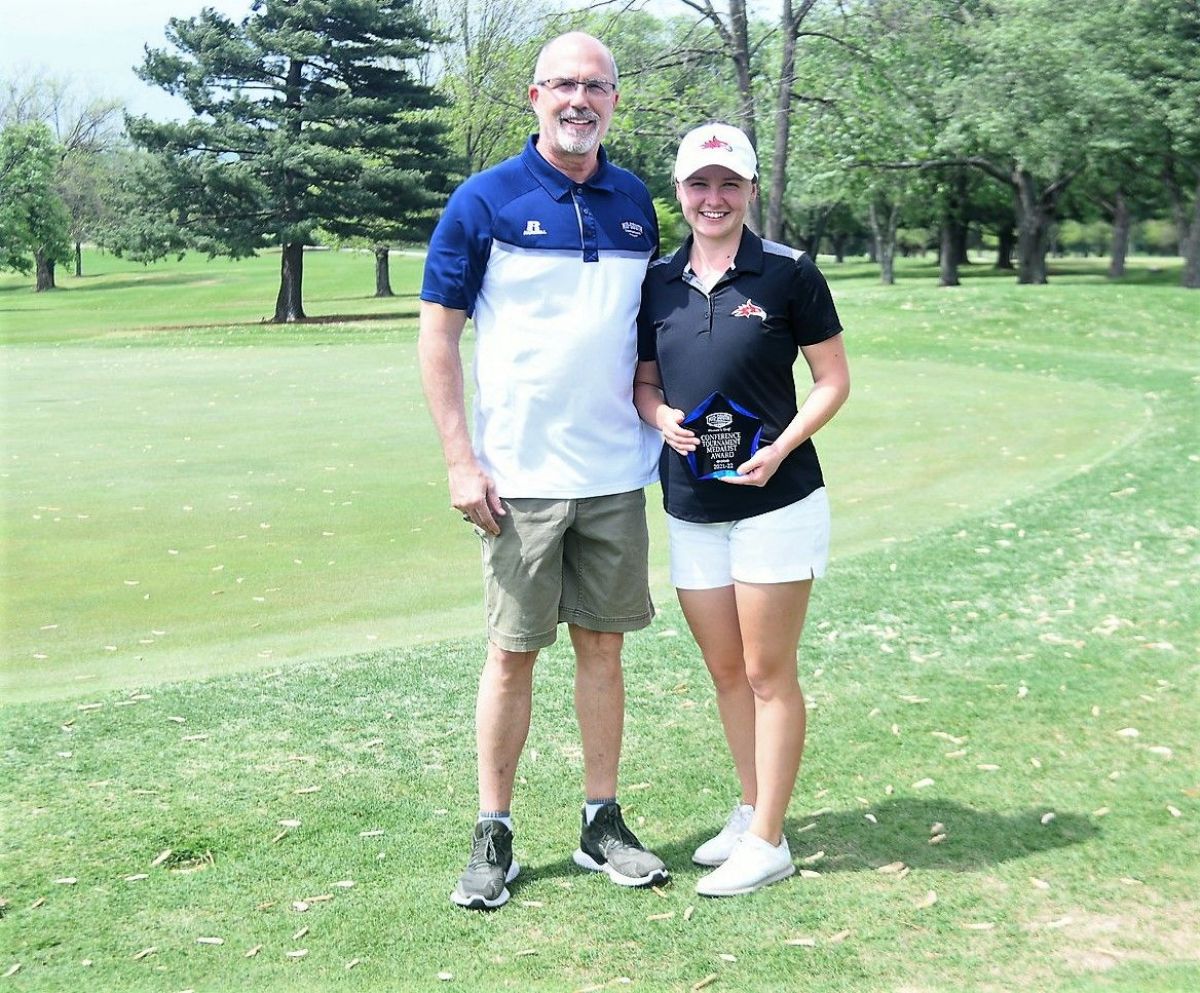 Emma Hermansson was named the Individual Medalist after posting the lowest score of the tournament. (Credit: MSC Officials)

Both Cumberland and the Blue Raiders totaled 915 strokes after three rounds forcing a tiebreaker play-off to decide the tournament champions. Both teams geared up to go off of par-5, Hole No. 18 with a best four scores out of five players format until a champion was decided.

Ida Furuheim and Jasmine Sachdev went off hole 18 first with three players from Lindsey Wilson. Furuheim chipped in for a birdie and Sachdev carded a par. Emma Hermansson, Nathalie Nutu, and Anna Krieger went off in the second grouping. Hermansson also posted a birdie and Krieger clinched the victory with a par for Cumberland's first tournament championship in the Mid-South Conference and first since the 2012 season when Cumberland was in the TranSouth.

Emma Hermansson was the individual medalist of the championships after firing a two-over 74 in the final round. She picked up three birdies and five bogeys on the round. She totaled a 219 throughout 54-holes to win the medalist honor by four strokes. She is the first Phoenix to win the individual conference medalist since Katie Legge in 2012 in the TranSouth.

Nathalie Nutu carded a two-over 74 to toal 225 strokes and take third place individually. Nutu started on hole No. 2 and went birdie-birdie on hole 3 and 4. She doubled No. 9 to get back to even-par.. She shot a one-over on the back nine and finished the day on No. 1 with a bogey.

Freshman Anna Krieger finished tied for seventh place after shooting a 78 in the final round. She posted a 232 through three rounds. She also started on hole No. 2., but had a slow start to the day going bogey-bogey, double to start. From No. 5 on she went two-over with a birdie on No. 14. 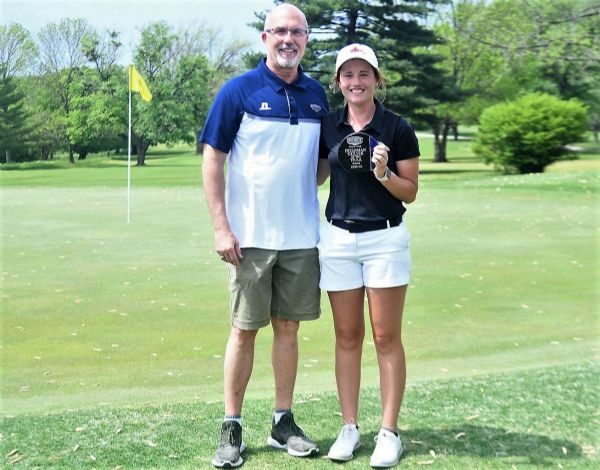 After the tournament, Krieger was named the Mid-South Conference Freshman of the Year for her tremendous play all season long.

Jasmine Sachdev tied for 20th place individually posting a seven-over-par 79 in the final round. She started her day with a birdie on No. 5, but picked up eight bogeys and nine pars for a 243 total.

Ida Furuheim carded an 86 in her final round to tie for 24th place. She posted a 246 through 54-holes. Furuheim netted eight bogeys, three double bogeys, and seven pars.

The win clinched the Phoenix a berth to the NAIA National Championships May 24-27 hosted at Lincoln Park West in Oklahoma City, Okla.