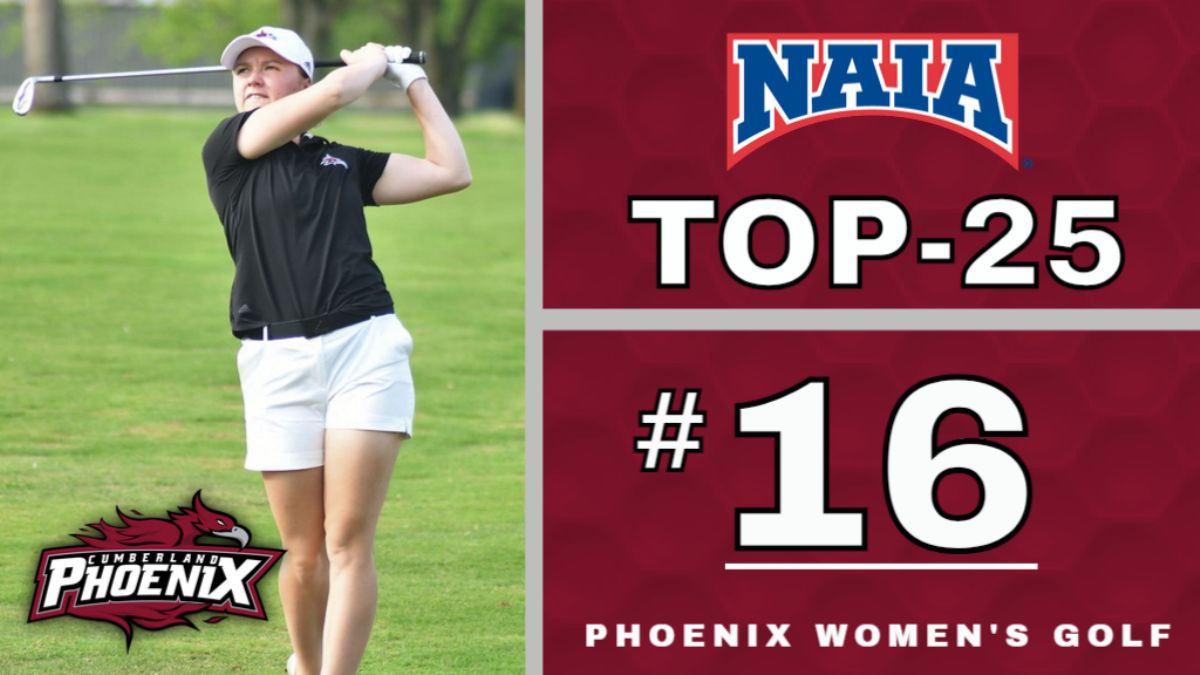 LEBANON, Tenn. – Cumberland women's golf drops two spots to No. 16 in the final regular-season edition of the NAIA Top-25 Polls, released by the NAIA Thursday afternoon.

The Phoenix are preparing to compete for a national title starting Tuesday, May 24 at the 27th Annual Women's Golf National Championship at Lincoln Park West in Oklahoma City, Oklahoma. Cumberland last competed at the Mid-South Conference Championships where they finished first place to claim the conference title.

Lindsey Wilson is the highest-ranked Mid-South team after moving up four spots to No. 13. The Phoenix are the second highest-ranked team at No. 16 despite dropping two spots. Campbellsville fell two positions to No. 22 and the University of the Cumberlands stayed put at No. 24.

The Top-5 remained unchanged as Oklahoma City boasts the No. 1 position. Keiser sits at No.2 while British Columbia and Dalton State sit at No. 3 and No. 4. Rounding out the Top-5 is SCAD-Savannah.

The poll was voted upon by a panel of head coaches representing each of the conferences. This marks the final poll of the regular season, the NAIA postseason poll will be released on May 27 after the completion of the national tournament.