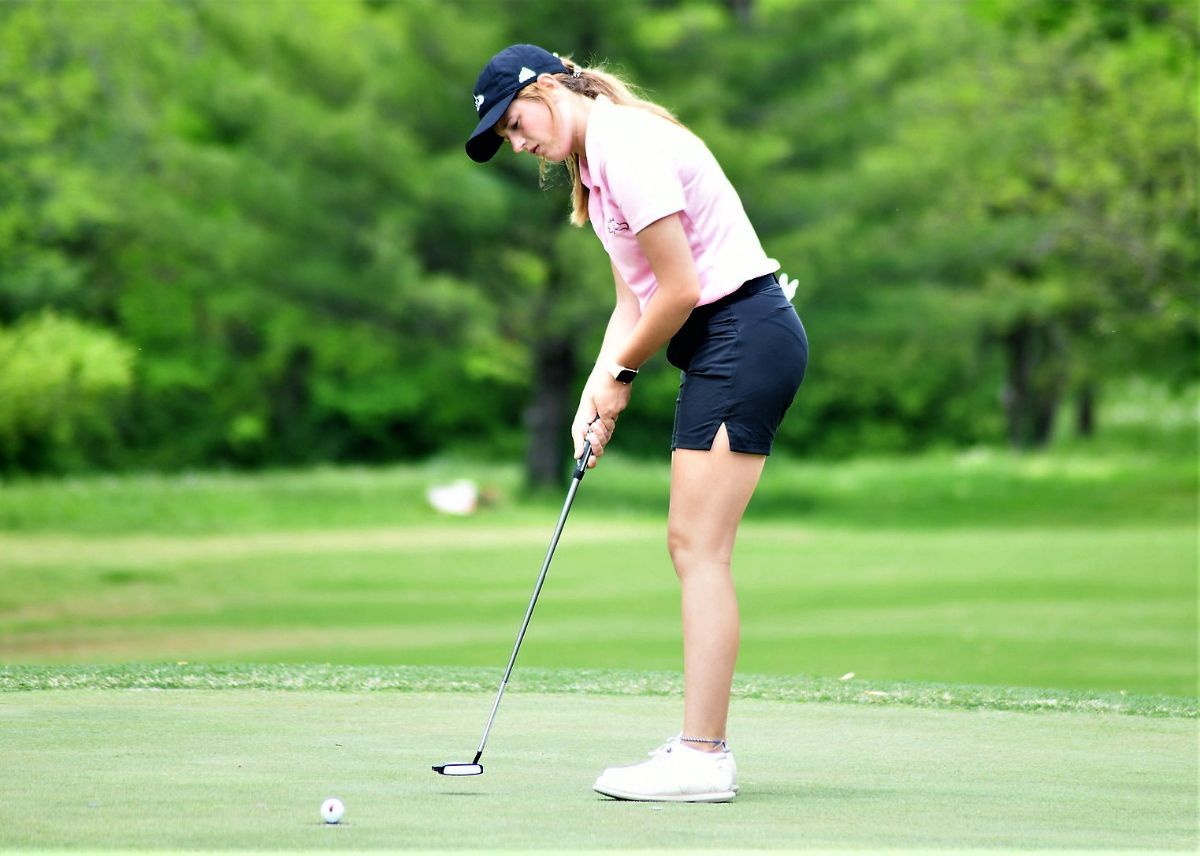 YORKTOWN, Ind.--No. 8 women’s golf started the fall by shooting a 303 in the first round and improving that mark by three strokes with a 300 in the second round of the Players Club Invitational.

No. 9 Indiana Wesleyan leads the tournament by 15 strokes after shooting a 583, seven-over, through 36 holes. The host of the event, No. 16 Taylor University is in second place five strokes ahead of Cumberland. Just behind the Phoenix are Mid-South Conference rivals No. 21 the University of the Cumberlands in fourth with 608 and No. 17 Lindsey Wilson with 610 in fifth.

Emma Hermansson is tied for fourth place individually after the first day. Hermansson shot a three-over 75 in the first round and finished the day with a one-under 71. She was the biggest mover for Cumberland up the leaderboard between rounds one and two. The 71 ties her career-best round at Cumberland.

Sophomore Anna Krieger is just one stroke behind Hermansson carding a 76 in round one and also a one-under in round two. She moved up five spots from 12th to seventh between the two rounds. The 71 is also her best round at Cumberland.

Nathalie Nutu started the day strong, carding a one-over-par 73 in the first round to put herself inside the Top 5, but in the second round, Nutu shot a five-over 78 falling out of the Top 10, tied for 12th place.

Sophomore Jasmine Sachdev carded a 79 and an 80 in the two rounds to be tied for 36th.

Competing as an individual and in her first action as a Phoenix, freshman Ksenia Yakovleva shot an 81 and an 83 to be tied for 46th and Ida Furuheim shot an 87 and an 89 and is in 67th place.

Leading the tournament is Braedyn O’Dell from Indiana Wesleyan. O’Dell fired a four-under 68 and a 74  to sit at two-under. She leads Taylor’s Sabrina Langerak by two strokes.

The Phoenix will finish out the tournament tomorrow morning.