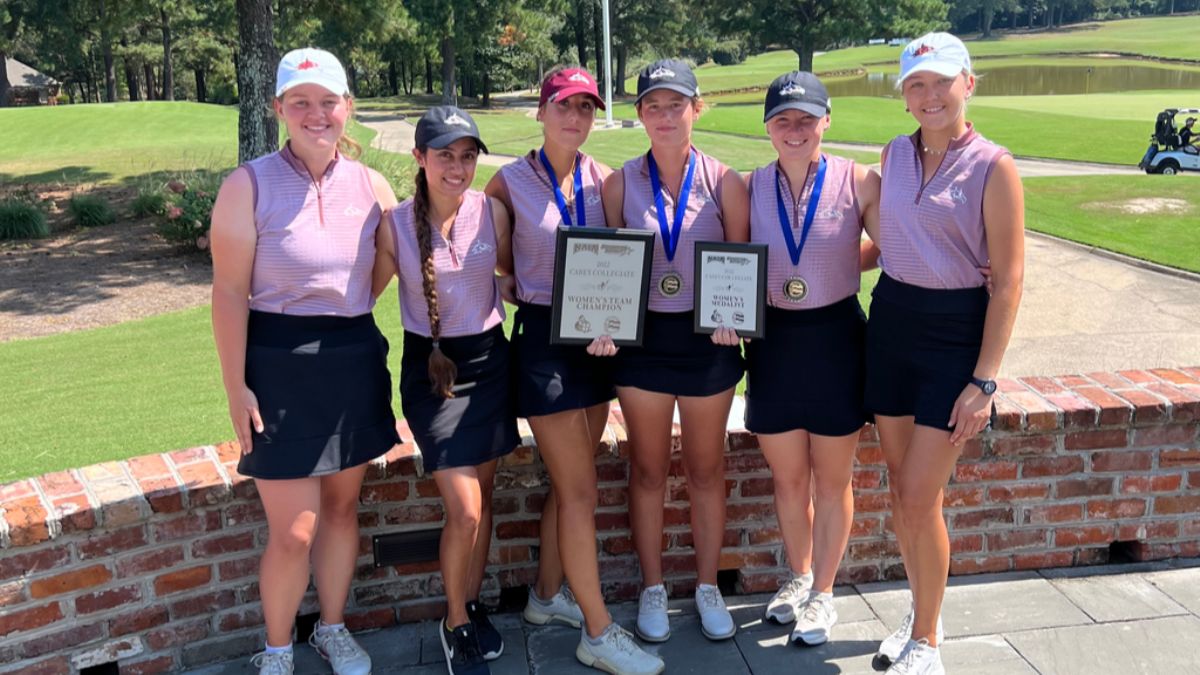 HATTIESBURG, Miss.-- Anna Krieger tops the leaderboard to contribute to the Phoenix win at the Carey Collegiate Classic.

Cumberland built off of their strong first-day to secure their first win of the season. The Phoenix totaled a 297 in the first two rounds. Cumberland recorded a 302 in round three for a 896 total, topping Loyola University and William Carey by nine strokes.

Krieger shot a total of 218 over three rounds to lead all players winning her first collegiate tournament. Krieger shot an even par 72 in the final round. She posted three birdies on the front nine and had three bogeys throughout the round.

Natalie Nutu was the next Phoenix to finish, coming right behind Lindsey Wilson's Katie Biddlecombe in third place. Biddlecombe topped Nutu only by one shot, after shooting a 221 compared to Nutu's 222. She had her best round of the tournament carding a one-over-par 73 with four birdies and five bogeys to jump in to the Top 3.

Emma Harmansson entered the day tied for first place, but slipped down to tied for fourth with Loyola's Catherine Singletary with a 223 total over the three rounds. Hermansson shot a five-over-par 77 in the final round with 13 pars and five bogeys.

Jasmine Sachdev tied Kaitlyn Montoya out of Loyola for 16th place, shooting a total of 233. Bringing up the back end of the Phoenix was Caitlyn Bilham and Ksenia Yakovleva, placing 37th and 39th. Bilham shot a 263 over the three rounds, while Yakoleva totaled 267.

This is Cumberland's first tournament win of the season, beating seven other teams including No. 6 host William Carey. The Phoenix will make their next appearance as host at the annual Music City Invitational in Goodlettsville, Tennessee. The tournament will be held on October 3-4.