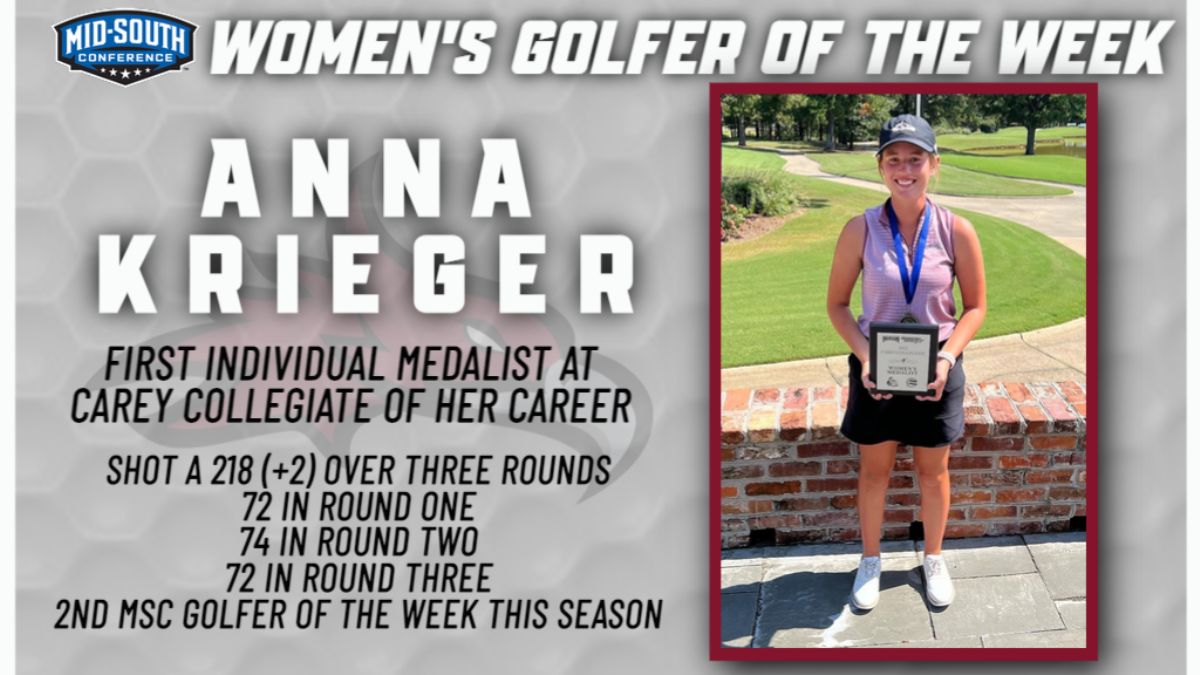 Krieger picked up her first career medalist honor after shooting a 218 over three rounds at the Carey Collegiate. She helped lead the Phoenix to their first win of the season defeating top ranked teams in the event.

On day one, she posted an even-par 72 in her first round and shot a two-over 74 in the second. She matched her first round on day two with her second even par round of the tournament to get the individual win. She totaled 10 birdies throughout the event.

The Phoenix will play host to their tournament next Monday and Tuesday at the Music City Invitational in Goodlettsville, Tenn. at Twelve Stones Golf Club.

This is Krieger's second Mid-South Conference Women's Golfer of the Week honors of the season and her career.