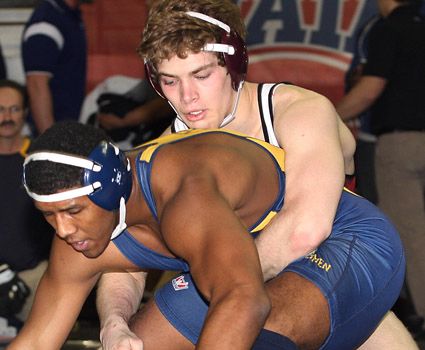 Linton finished as the national runner-up at the NAIA Championships last season at 184. The Winters, Calif., native is ranked third at 197 to begin his senior campaign after finishing with a 19-4 record in 2013-14.

Gonzalez’s season was cut short last year because of injury in mid-January, but the redshirt junior from Hesperia, Calif., enters the 2014-15 campaign ranked 15th at 157.

Delaune qualified for the NAIA Championships as a freshman last season, registering a 26-13 overall mark last year. The New Orleans, La., native begins his sophomore season ranked 13th at 184 for the Bulldogs.

Cumberland opens the 2014-15 dual season this Sunday with three matches, taking on Buffalo, Appalachian State and Gardner-Webb this Sunday, November 2 in Boone, N.C.