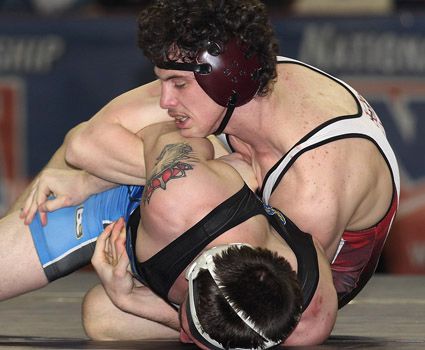 LEBANON, Tenn. – Jake Williams and Scott Stewart both swept through their weight classes for victories on Saturday in the Cumberland Open, leading the Bulldogs in the team’s annual home event at the Dallas Floyd Recreation Center.

Williams remained undefeated at 149 this spring, winning four matches rather handily. The Rio Rancho, N.M., native posted a 21-6 Technical Fall against Lindsey Wilson’s Avery Martin and a 15-0 Tech Fall versus Terry Stockton from the University of the Cumberlands. In the semifinals he won a 21-7 Major Decision over Emmanuel College’s Shane Cross and then registered an 8-3 Decision in the finals against Middle Tennessee’s Jacob Freeman.

Stewart collected five victories on his way to the title in the heavyweight class, starting with a pin at 6:01 over Arkansas Baptist’s Abraham Prince. The Kenova, W.Va., native won 3-1 Decisions against Truett-McConnell’s Jeffrey Chandler and Indiana’s Gavin Jolley-Little before recording a 14-3 Major Decision over Emmanuel’s Kenny Mason in the semifinals. The senior registered a 7-3 Decision in the finals versus Appalachian State’s Kacee Hutchinson.

Cumberland’s Cody Johnson won twice in the main draw at 141 – a 5-4 Decision against Emmanuel’s Will Hale and a 5-3 Decision in double overtime versus Truett-McConnell’s Joseph Hulen – before dropping a 2-0 Decision to Jacob Murphy from the University of the Cumberlands. Johnson collected an 11-4 Decision in the wrestleback over Emmanuel’s Ryan Cross before was then pinned at 1:49 by Hale.

Cumberland travels to Conway, Ark., next Saturday for the Mustang Open before a Mid-South Conference match at St. Catharine College on January 27.