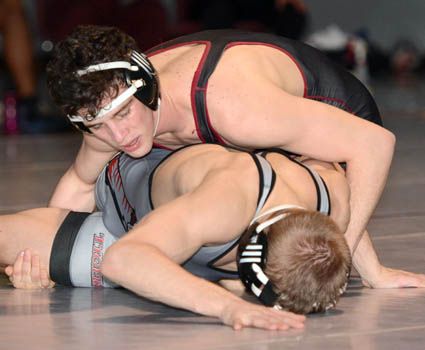 Delaune was one of four Bulldogs to pick up victories in the dual match, pinning Jerron Thomas at 2:07 at 184. Eighth-ranked Williams posted a 12-4 Decision over No. 4 Kyle Terry at 149 while freshman Austin Meyn for CU on the scoreboard with a 6-4 Decision against Ryu Ballard at 141 and Aric Fernandez registered an 8-4 Decision versus Marvin Lawrence at 174.

Campbellsville took an early lead with a 12-4 Major Decision by Cole Manion over Chris Mosher at 125 along with a Forfeit at 133, but wins from Meyn and Williams pulled with Bulldogs within 10-7.

Fourth-ranked Shawn McGhee recorded a 16-1 Technical Fall over CU’s Nate Croley at 157 and LJ Henderson won a 14-1 Major Decision against Peter Donchev at 165, extending the Tigers’ advantage to 19-7, but the victories by Fernandez and Delaune closed the gap to 19-16 with two bouts remaining.

Campbellsville pulled away in the final two outings, with Evan Decker posting an 18-6 Major Decision over Christian Varner at 197 and Nate Jackson pinned Clifford Terrell at 6:47 at 285.

Cumberland hosts the University of the Cumberlands in a dual match this Saturday at 2 p.m. at the Dallas Floyd Recreation Center.