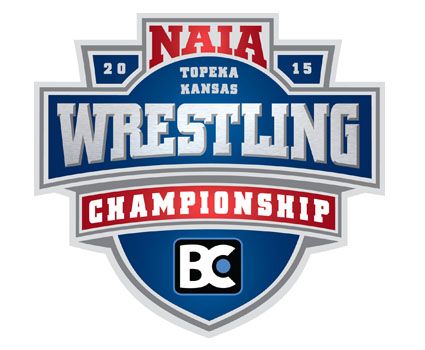 LEBANON, Tenn. – The 2015 NAIA Wrestling National Championships preliminary brackets were released Friday afternoon by the national office, with six Cumberland wrestlers in this year’s field. Session One action inside the Kansas Expocentre in Topeka, Kan., is scheduled for Friday, March 6 at 10 a.m. CST.

The 58th Annual NAIA Championships will consist of four sessions, concluding Saturday with the championship finals starting at 7 p.m.

Preliminary brackets are subject to change and are not considered official until the conclusion of team registration on Thursday, March 7. Official brackets will be released following the conclusion of the on-site NAIA-Wrestling Coaches Association Bracketing Committee meeting at approximately 9 p.m. CST on www.NAIA.org. A total of 211 wrestlers representing 44 institutions will take to the mat, including six defending national champions and 40 returning All-Americans.

Freshman Austin Meyn will face the winner of Baker University’s Juan Rivera and second-ranked Kyle Wilson from the University of Great Falls in the Round of 16. The New Orleans, La., native has won five of his last seven outings and is 9-13 this season at 141.

Senior Jake Williams takes on Bethany College’s Victor Hughes in the Round of 32 with Morningside College’s 14th-ranked Steven Garcia waiting for the winner. Williams is the defending NAIA champion at 149 and is also a three-time NAIA All-America, including the last two years at Cumberland. The Rio Rancho, N.M., native has compiled a 21-2 mark over the last two months.

Sophomore Nate Croley faces Grand View University’s top-ranked Dallas Houchins in the Round of 16. The Pigeon Forge, Tenn., native recorded a 3-2 mark in the NAIA East Region Qualifier to make the field, dropping matches to a pair of Top-5 ranked foes, and has a 10-15 overall mark this year at 157.

Sophomore Dustin Harris takes on Grand View’s second-ranked Thomas Moman in the Round of 32 with Southern Oregon’s 15th-ranked Reed Tennyson awaiting the winner. The Oakdale, Calif., native was also 3-2 at the NAIA East Region Qualifier and received a wild card into the national championships. Harris has posted a 13-16 overall mark at 174 this academic year.

Sophomore Kyle Delaune faces the winner of Oklahoma City’s third-ranked Derek Sivertsen and Concordia [NE] University’s Austin Fehlhafer in the Round of 16. The New Orleans native is 18-11 this year at 184, including 8-5 this semester. It will make Delaune’s second straight trip to the national tournament.

Senior Scott Stewart takes on Concordia [NE] University’s 13th-ranked DJ McIntyre in the Round of 16 as well. The Kenova, W.Va., has produced a 17-2 record this year with all but one of those matches in January and February. He finished second at the NAIA East Region Qualifier two weeks ago. It also marks Stewart’s second consecutive trip to the national tournament.