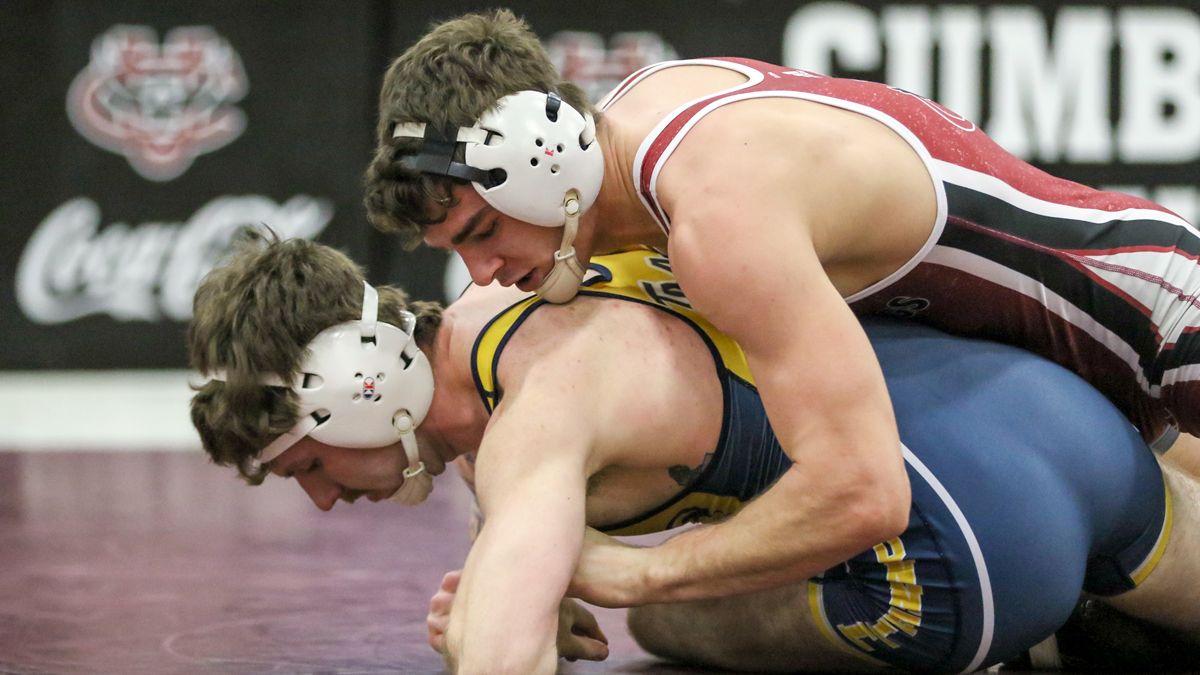 LEBANON, Tenn. – Nate Croley registered a Major Decision and Sean Nguyen and Orlando Nawade each picked up victories, but seventh-ranked University of the Cumberlands used two pins and a Technical Fall to post a 27-16 victory over Cumberland in wrestling action Wednesday night at the Dallas Floyd Recreation Center.

The Phoenix (12-6) started the match with a 9-4 Decision by Nguyen against John Williams at 125, but the match turned quickly with a pair of pins by the Patriots in the next two bouts.

Fourth-ranked Jake Sinkovics pinned Josh Elpers at 3:16 at 133 and third-ranked Tres Leon pinned Brandon Weber at 4:17 at 141. Fourteenth-ranked Hunter Bell followed with a 16-0 Tech Fall over Evan Cole at 149 for a 17-3 UC advantage in the match.

Croley, ranked eighth at 157, ended the stretch for the visitors with a 17-7 Major Decision against Bobby Ehman, but Tristan Macri collected a 13-3 Major Decision versus CU’s 10th-ranked John Olivieri.

Nawade recorded a 3-2 Decision at 174 against Max Emerson, but UC’s Cameron Jones nipped No. 5 Kyle Delaune in a 4-3 Decision at 184. Fourth-ranked Ramsey Bloy finished off the match for the Patriots with a 6-4 Decision over Matt Carroll at 197. UC forfeited the bout at 285.