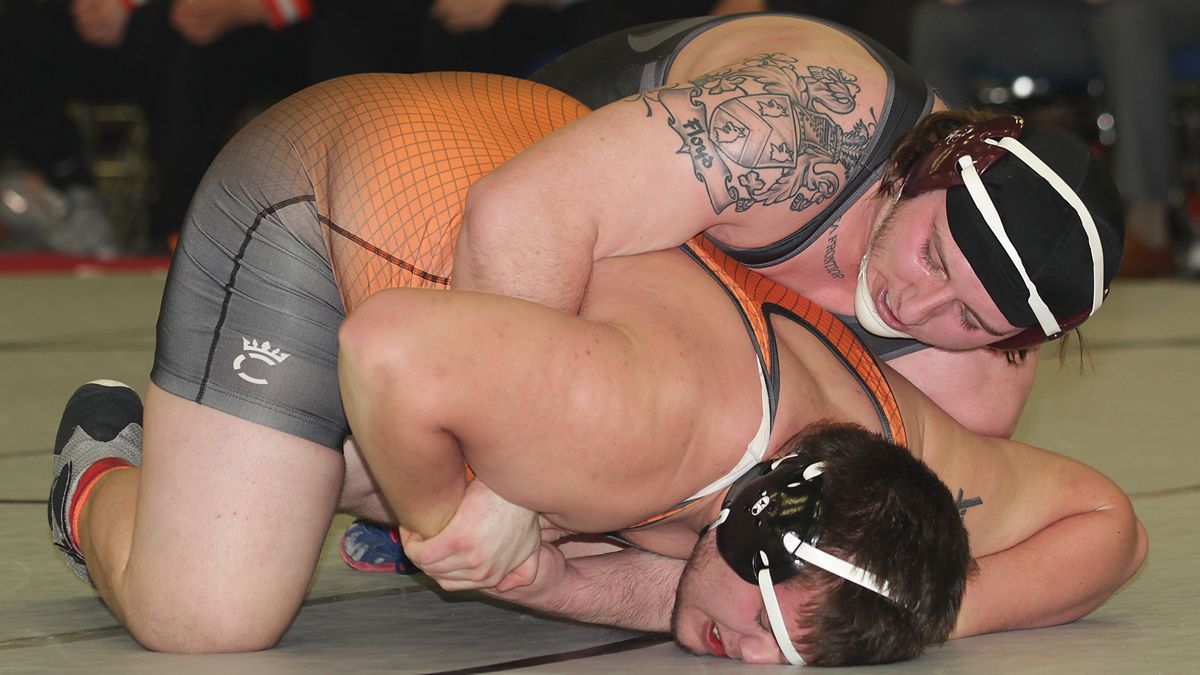 LEBANON, Tenn. – Cumberland opened a 21-6 lead over 15th-ranked Baker thanks for four Decisions and a pin by Jacob Clark, but the Wildcats won the last four bouts en route to a 22-21 victory over the Phoenix at the NWCA Multi-Divisional National Duals on Thursday in Fort Wayne, Ind.

Keyshawn Laws and Josh Parrett started the match with Decisions for CU, Laws 7-5 over Dylan Pelland at 125 and Parrett 10-3 against Brandon Dofat at 133. Brandon Weber picked up a Forfeit at 141, but Baker’s 14th-ranked Colby Johnson won by Fall at 5:52 against Evan Cole at 149.

Shota Sisco, ranked 14th for the Phoenix, claimed a 3-1 Decision versus Joseph Tallie at 157, and Clark’s pin of Bryson Wesley at 5:29 gave Cumberland a 21-6 edge in the match.

Baker 11-ranked Lucas Lovvorn won a 12-2 Major Decision against Brett Clark at 174 and fourth-ranked Jacob Smith edged John Oliveiri with a 5-4 Decision at 184. A Forfeit for the Wildcats at 197 left everything to the Heavyweight bout, with David Dow posting a 5-3 Decision over Jon Floyd for the final points.

Cumberland lost 32-9 to third-ranked Indiana Tech in its first match of the day. Austin Meyn, Sisco and Floyd each collected Decisions for the Phoenix, but the Warriors picked up a Major Decision, two Technical Falls and one pin as well as a Forfeit.

Cumberland was set to face the University of Jamestown late Thursday night in the team’s final match of the event.